MYTHBUSTER: Can governments elected with PR get things done? 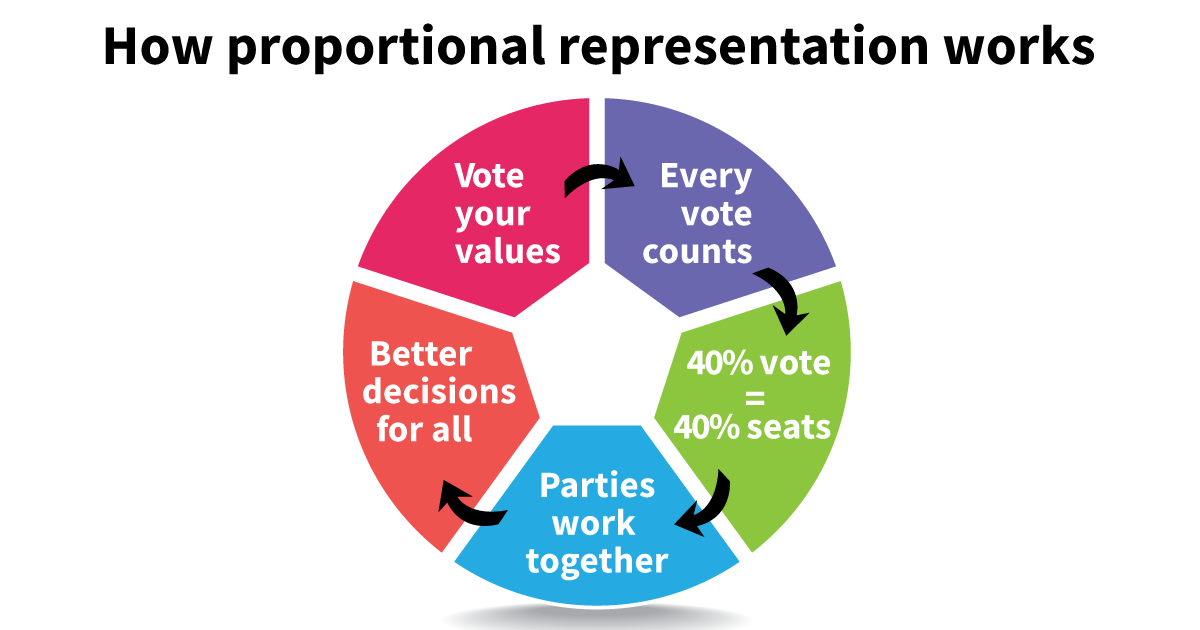 In countries with proportional representation, effective, cooperative governments are the norm

This graph illustrates how parliamentary governments were composed in May 2017 in 30 OECD countries. Of these countries, 26 have fully or partially proportional electoral systems. Most have coalition governments or more informal cooperation with other parties in Parliament. Single party majority governments in the OECD – where one party has all the power – are rare.

When parties have to work together, how does anything ever get done?

One variation of the “instability” myth brought up by opponents (see Fact Checker on Stability) is the related idea that when people of different parties must work together, nothing will get done. Sometimes this is alleged problem is described in alarmist language, such as “recipe for paralysis.”

Political parties play on this myth by urging us to vote for “a strong, stable government.” In other words: Give my party all the power, because power-sharing won’t work.

It’s natural to assume that when individuals with different viewpoints must work to understand each other’s perspective and negotiate solutions, decisions become more difficult.

Research show that electoral systems and the mechanisms they create can affect a society’s capacity to solve various policy problems.

How does this research on group decision making translate into the ability to get things done in the political arena?

In his book examining this question in depth, Electoral Systems and Governance: How diversity can improve policy-making (2014), Orellana demonstrates that by offering more diversity and dissent, countries with proportional representation outperform winner-take-all countries in four areas:

How do these mechanisms affect policy performance in concrete ways?

Not only are countries with proportional representation, on average, outperforming winner-take-all countries, they achieve this while offering the same frequency of elections, and ensuring that almost every voter casts a ballot which elects an MP who shares his/her values.

Some of Canada’s greatest achievements, such as universal healthcare, were the product of cross-party cooperation. Given the structure and incentives of a proportional electoral system, we make it easier for our representatives to work together to effectively tackle the biggest challenges of our time.

Fair Vote Canada (2016). Why Proportional Representation? A summary of the Evidence