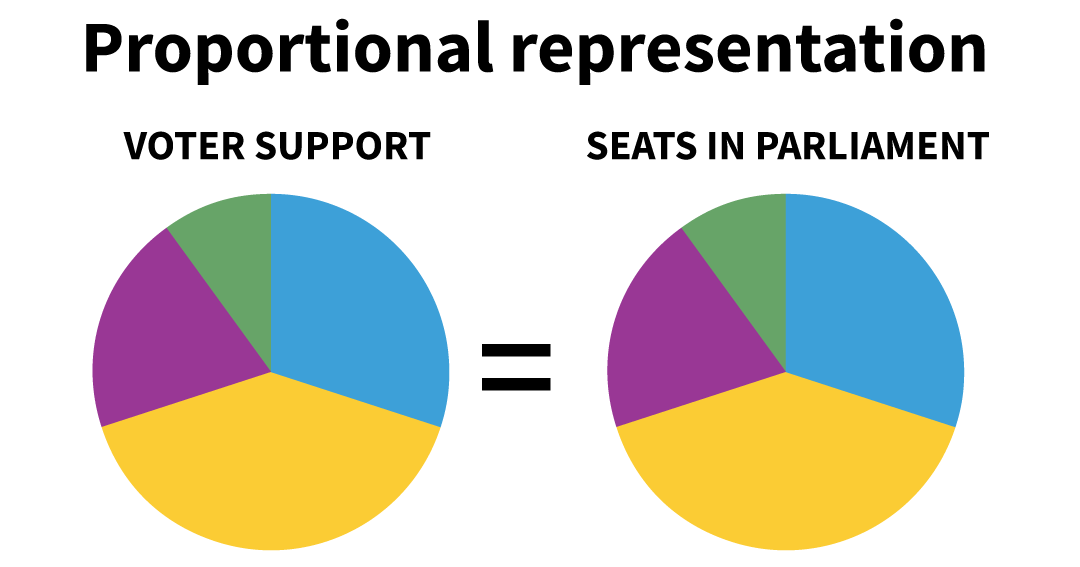 What is proportional representation?

Under our non-proportional voting system, a party can win a majority of seats and all the power with far less than half the popular vote.

Proportional representation ensures that majority governments have an actual majority of the voters behind them.

Under our non-proportional voting system, in most elections, most voters don’t elect anyone to represent them. They don’t affect the election at all. Their votes are “wasted”. This is what leads to distorted results.

With PR, almost every vote helps elect an MP. Almost everyone is represented.

With PR, every law passed will have the support of MPs representing a real majority of voters. That means better policy decisions for everyone.

Learn about first past the post and its problems

The Evidence: Proportional representation makes a difference to democracy, economy, health, environment and more. Check out the slide show about the research on PR.

Join Fair Vote Canada for PR 101! A half hour presentation is followed by questions and answers in a small group setting.