Under Mixed Member Proportional (MMP), voters elect local MPs as they do now, plus a team of regional ones to make the overall results proportional in each region.

MMP was recommended by the Law Commission of Canada (2004) and several provincial commissions. It was invented for use in Germany, and is also used now in New Zealand as well as the Scottish and Welsh assemblies.

Read the MMP part of our submission to the federal Electoral Reform Committee.

If voters for a party are entitled to elect a regional MP, it will be the party’s regional candidate who got the most votes across the region. These are also called “top up seats”.

Voting is simple. Put an X beside one Local MP and one Regional MP. 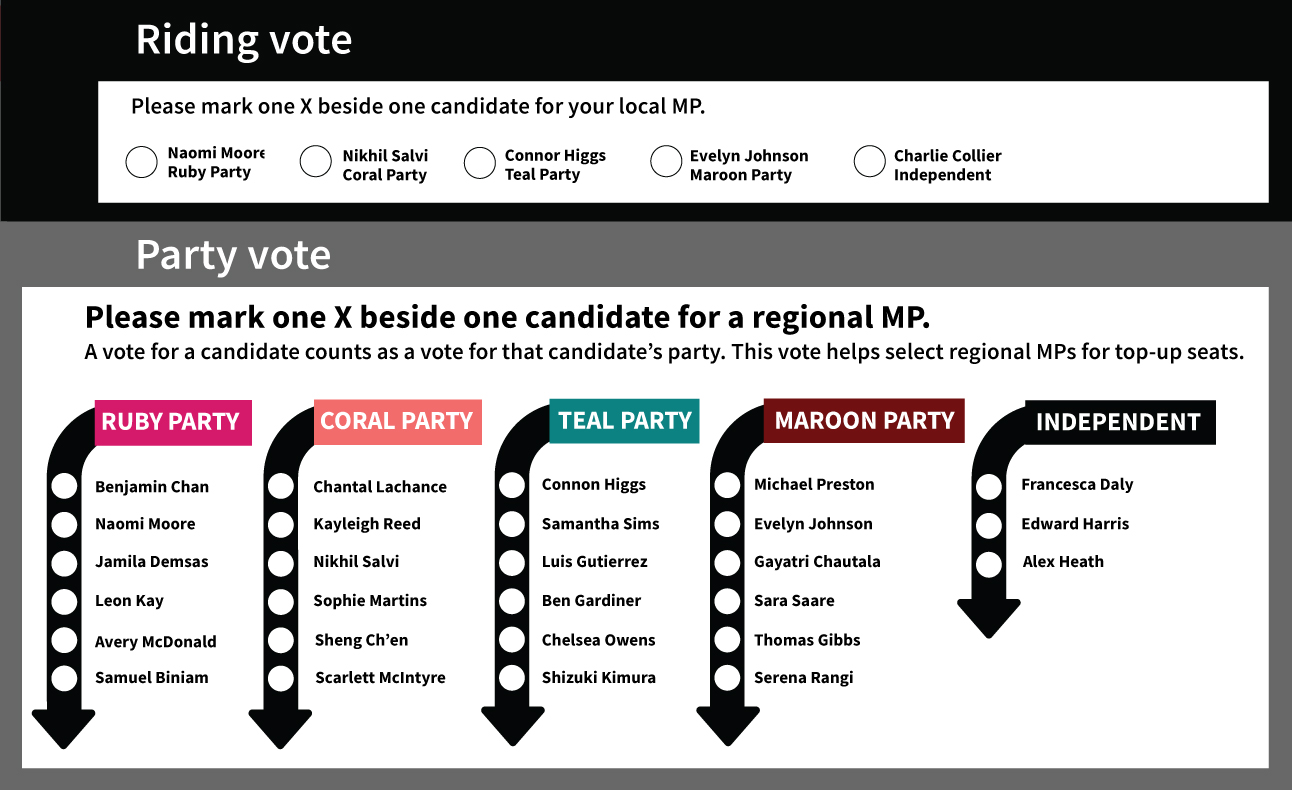 Under this variation of MMP, local ridings would become about 67% bigger to accommodate the regional seats without requiring any more MPs.

There are excellent videos on MMP on our Youtube channel in the systems playlist. To get the basic idea of how the ballots are counted, we recommend this video.

Note: In some MMP variations, the ballots allow one vote for a local candidate, and another vote for the voter’s party of choice. Fair Vote Canada believes that voters should always be able to vote for an individual candidate, not just a party, so we don’t endorse models using closed party lists. The models we support allow voters to vote for both local and regional candidates by name, not just party, ensuring that all MPs are chosen by voters directly.