Cooperation leads to a groundbreaking law in Denmark 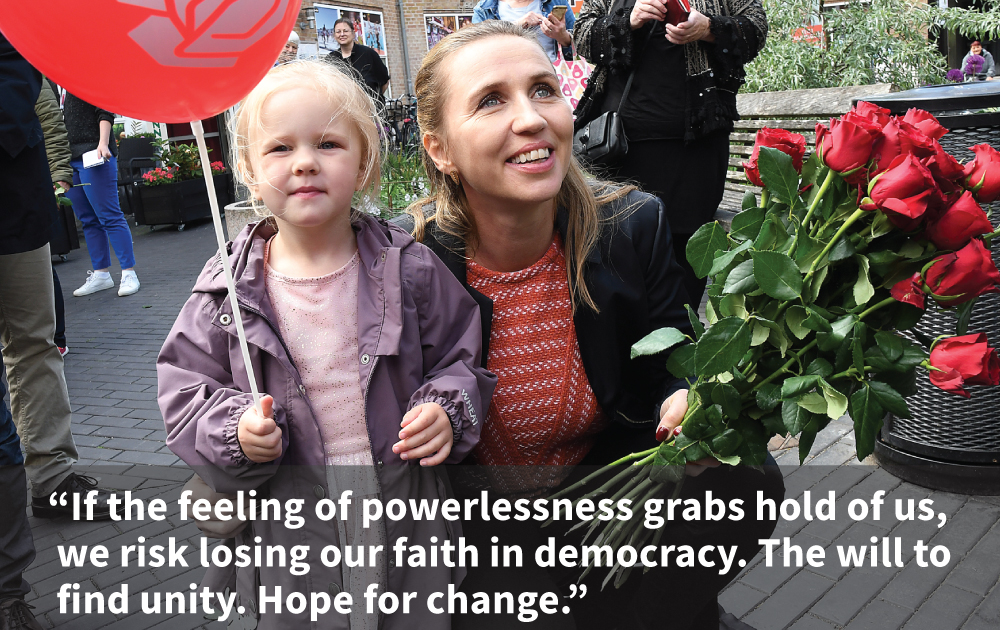 ​Cooperation leads to a groundbreaking law in Denmark

Denmark committed to cut emissions 70% by 2030 over 1990 levels. The law was passed by nine parties who represent 95% of voters.

But the win doesn’t stop there. The parties made the law ironclad:

Every future government must write an annual climate report. The report must show their progress and a concrete plan. If  the plan isn’t airtight, the government can face a confidence vote.

As BBC reports, it’s now almost “illegal” for a government to drag its feet on climate action.

The result? The Climate Change Performance Index ranks Denmark second in the world.

In Canada, any progress can collapse after each new election. Wild policy swings are normal. Trust between parties is rare. It’s “winner-take-all”.

Proportional representation means cooperation is a way of life

The deal in Denmark wasn’t a one-off. PR in Denmark has meant that no single party ever has all the power. For almost a century, parties have worked together.

In June 2019, Denmark’s right-leaning government was replaced by the left-leaning Social Democrats. They are supported by four other centre-left and green parties. Together these parties represent 52% of voters.

But the cooperation didn’t stop there.

Almost every party in the Parliament worked together for months to write the law. Including the conservative parties. They wrote a law that would ensure Denmark’s success far into the future.

With proportional representation, when a majority of voters want action, they get it!

Perhaps that’s why Denmark has some of the most satisfied voters in the world. The top six countries where voters are happiest with their democracy all use PR.

We can do it, too

Today, politicians and citizens groups talk about a “just recovery” from COVID-19. They want to “build back better.”

A “just recovery” must include a democracy we can trust.

We need a democracy where the long-term public interest comes before the short-term interest of parties.

We need a democracy where parties work together. Where parties show courage and a long-term vision.

To get there, we need proportional representation.

Let’s not give up until every voter has a voice in our shared future. 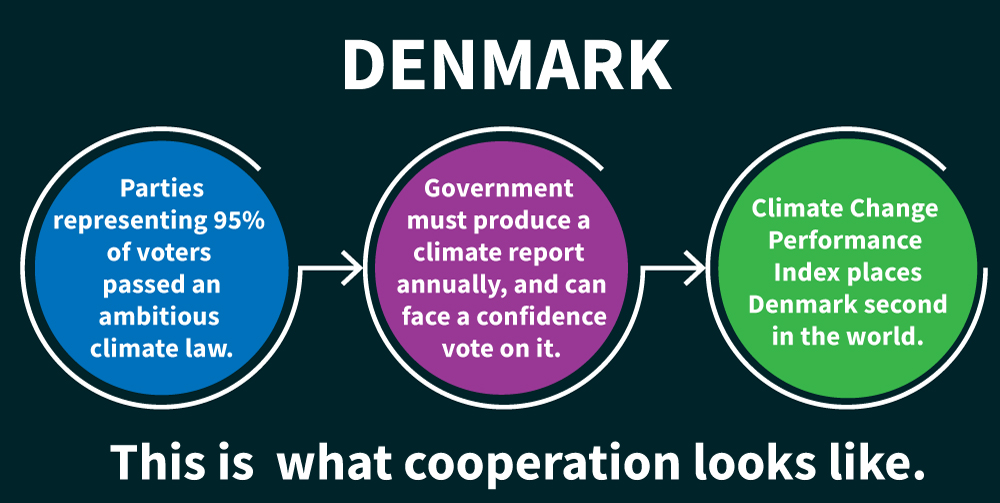