Fair Vote Canada has launched an appeal, urging political party leaders to put partisanship aside and step up their collaboration during the COVID-19 crisis.

Jason Kenney’s government has become a glaring example of the opposite kind of governance.

Yesterday, Kenney announced massive cuts to education that may lead to thousands of layoffs, adding to the burgeoning pressure on EI and the federal government’s relief programs. The move was called “unconscionable” by the opposition NDP and a “shock” to school boards. Whether the move was right or wrong, nobody saw it coming.

“Canadians want to see our politicians putting aside partisanship, working together, and presenting a united front,” says Anita Nickerson, ED of Fair Vote Canada. “Decades of research support the position that cooperative politics produces better outcomes, including population health and reducing the risk of early death, and some provinces are going that route.”

To date, minority Conservative governments in New Brunswick and PEI have stepped up to the challenge, forming all-party committees, including the opposition, that meet continuously to make important decisions together for the province.

This is similar to the approach of New Zealand, where an all-party committee led by the opposition provides welcome oversight of the Labour government’s handling of the crisis.

In New Zealand, despite the Opposition’s open acknowledgement that the government has generally handled the crisis well, all parties agree that working together on an ongoing basis can make their lifesaving response even better.

“There will be many crucial decision points ahead for our governments in the coming year,” says Fair Vote Canada’s President, Réal Lavergne. “We are asking all leaders to put aside business-as-usual ways of operating, and really work together. When they do this, we can trust that the best solutions are being heard, and that they are acting in the best interests of all of us.” 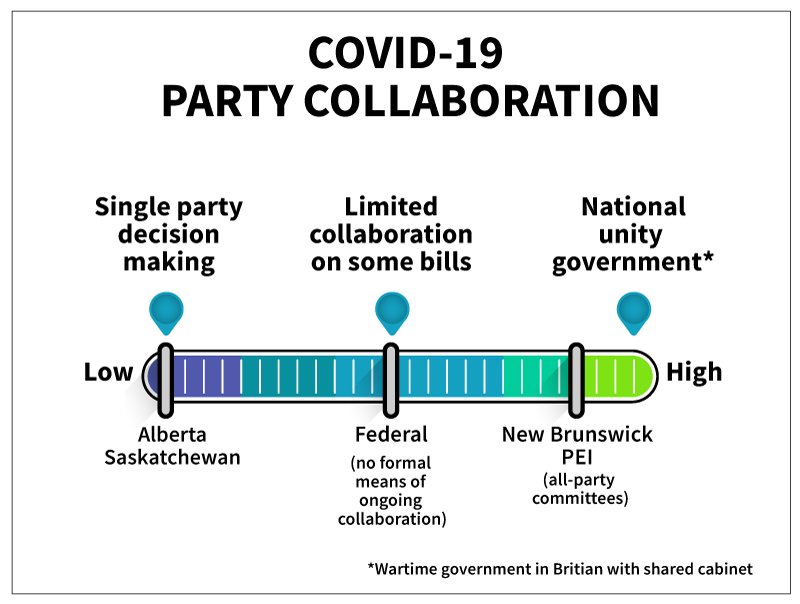