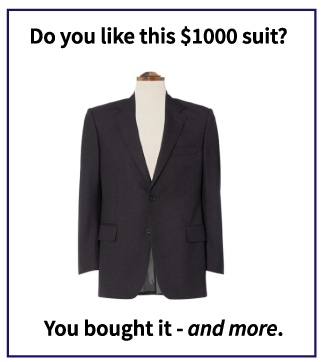 This past week BC Speaker Darryl Plecas revealed explosive allegations: a laundry list of misspending so serious he expects the public to want to “throw up”.

Using public funds to cover unjustified expenses such as thousand dollar suits, a mother-of-pearl stud set, numerous extravagant trips, per diem expenses for meals never purchased, expensive luggage sets, ten thousand dollars worth of alcohol, a trailer, a wood-splitter, and a hefty retirement allowance for a retirement that never happened are just “the tip of the iceberg”, Plecas says.

The list of allegations that have been made public to date are here. Twenty employees have now stepped forward claiming they were fired for questioning what they perceived as improper spending.

Could these apparent abuses of power have been prevented by a different electoral system? Did our archaic first-past-the-post electoral system contribute to this alleged corruption and make the cover-up more likely? The evidence says yes.

In countries with proportional representation, government is usually composed of several parties in a majority coalition. This ensures that multiple parties have a hand in decision-making and oversight. When one party holds all the power for a long time, as frequently happens with first-past-the-post, oversight may amount to the foxes guarding the henhouse. This appears to fit with the details now coming to light in BC.

Craig James leapfrogged to the Clerk’s chair over more senior candidates after his work as Chief Electoral Officer during the HST referendum. The appointment appears to continue a mutually beneficial relationship between James and the BC Liberal Party. Was the Clerk position a reward for a job well done?

In his previous post as Chief Electoral Officer, James was responsible for several decisions which worked to the benefit of the BC Liberals. He decided not to forward a petition calling for a referendum to the relevant select standing committee pending the outcome of a court challenge, fired the deputy Chief Electoral Officer (who had previously issued a ruling unfavourable to the Government about permissible HST advertising), and ruled that a petition to recall a Liberal MLA could not be accepted because it exceeded a 200-word limit (based on his own new policy which counts “MLA”  as five words, and “HST” as three words).

Multiple witnesses have informed the Speaker of their view that Mr. James was aligned with the BC Liberals (with some suggesting that Mr. James’ unexpected appointment as Clerk of the House was connected to his “doing a job” for the Government as acting Chief Electoral Officer); …

Statements made in the House by Members of the Official Opposition indicate that they considered the decision to be rushed, and questioned why the appointment was not subject to a competition.

Despite holding a position where impartiality is expected and essential for public trust, James himself allegedly confirmed the benefits of his cozy relationship with the Liberals. In one incident, Plecas reports:

I spoke with Mr. James and he asked when I was going to submit my bill for the Ede & Ravenscroft suit. I said I wasn’t going to do that, but I didn’t want to alarm him, so I added something to the effect of me being a public figure and that my expenses are undoubtedly scrutinized by the Members of the Opposition. He replied that I shouldn’t worry. He said that if they took issue with my expenses, he could put an end to it because he had “so much dirt on the Liberals” and that he could threaten to “stop paying their legal bills” or “quit paying their severance payments”.

Several MLAs may also have benefited from what appears to be a deeply entrenched culture of entitlement and financial abuse:

Meanwhile, Mr. Mullen had been communicating with a former Legislative Assistant, who I will call AB. AB worked for several MLAs in the Official Opposition starting in February 2018 and one of AB’s tasks was to submit their expense claims. Over time, AB advised Mr. Mullen that he believed one of the MLAs was requiring AB to submit improper expense claims. AB had raised the claims of the MLA’s which he believed were improper with that MLA, and was told to submit them anyway.

Is it possible that these alleged abuses of public money and trust went on for over a decade before Plecas without the governing party being aware — when one of their members was the Speaker?

According to Plecas, the problem was well known:

A consistent theme in the reports of witnesses interviewed was that Mr. James’ spending habits were both widely known and widely considered to be inappropriate by employees at the Legislative Assembly. Yet equally consistent was the sense among current and former employees that anyone who raised those concerns, either with the Clerk directly, or through other channels, was at risk of termination or of being otherwise forced to leave their positions.

Previous reports of abuses by MLAs appear to have been swept under the rug:

The Speaker received information that Mr. Lenz was initially keenly interested in investigating a reliable report from a witness about improper expense recordings by an MLA. What the witness was saying was improper could be seen in the reports that were publicly available, wherein taxi fares to and from the HeliJet to the MLA’s home appeared to be claimed in addition to reimbursement for mileage for the same trip. It would seem obvious that some basic inquiries would need to be made with the Member before one could discount the witness’ concerns. However, within an hour and a half of the meeting with the witness having concluded, the Sergeant-at-Arms and his Deputy conveyed to Mr. Mullen that there was nothing to be concerned about.

In 2014, Speaker at the time (and current MLA) Linda Reid, failed to act on a report by the Director of Human Resources, expressing concern with the retirement allowances. The report was allegedly placed in the Speaker’s vault, where it then disappeared. The only copy is in the hands of a former employee who kept a copy in case its existence was one day in question.

Deputy Clerk Kate Ryan-Lloyd advised him that the purpose of that meeting was to determine how to “rein in Gary [Lenz] (the Sergeant-at-arms) and ensure he wouldn’t be conducting any investigations in the future.

Darryl Plecas is the first independent speaker – without loyalty to any party – since 1902. It’s no coincidence the public is learning of these allegations now, when the Speaker has no allegiance to one party.

Would such alleged abuse of public funds have occurred to this degree and gone unchecked so long if James hadn’t been appointed by and loyal to the interests of just one party during most of his service?

Steve Withers, a dual citizen of Canada and New Zealand who campaigned for pro rep there in 1996, explains, “When New Zealand switched to pro rep, voters started to find out a lot more about what was really going on. Parties in the governing coalition were more likely to tell the public about weaknesses they wanted changed. Was this messy for the government? Only if greater transparency is a a problem.”

Greater transparency and accountability are hallmarks of proportional systems. The scandal at the BC Legislature is another example of how our current electoral system works for politicians, not voters.