Fair Vote Canada congratulates Winnipeg MP and Minister Jim Carr on his return to cabinet and his role as special representative for the prairies. However, Carr’s reinstatement is a bandaid that does nothing to address the root cause of the issue which makes this step necessary.

The regional divisions and sense of alienation created by first-past-the-post are serious problems for Canadian unity that only proportional representation can fix.

Carr’s special role was created because Liberal Party voters in Alberta and Saskatchewan couldn’t elect a single MP, due to our winner-take-all electoral system.

More than 30% of voters in Alberta and Saskatchewan voted for parties other than Conservatives, yet our first-past-the-post electoral system meant only one non-Conservative MP was elected – NDP MP Heather McPherson in Edmonton-Strathcona.

In 1979, the national Task Force on Canadian Unity, addressing this exact situation, stated:

The effective and harmonious operation of any federal system depends very much upon the degree to which the central institutions are considered to be fully representative of the major groups within the federation.

The simple fact is that our elections produce a distorted image of the country, making provinces appear more unanimous in their support of one federal party or another than they really are.

In a country as diverse as Canada, this sort of situation leads to a sense of alienation and exclusion from power.

Because we see developing signs of such a situation in Canada, we have come to the conclusion that electoral reform is urgent and of very high priority.

Pierre Trudeau went on to champion proportional representation, stating it would become increasingly difficult for the federal government to speak for the nation without it.

The serious regional distortions created by first-past-the-post drove former Liberal leader Stephane Dion to advocate for a moderate system of proportional representation in 2013:

Our current voting system weakens Canada’s cohesion. It artificially amplifies regional support for parties and makes the country look more antagonistic than it is. When you watch the election results on TV, you ask yourself, ‘Which part of my country will be out of the executive branch? Will it be the prairies? Quebec?’

In an era of ever-increasing divisiveness and polarization, we need a path to consensus and action for a stronger democracy. We need to move beyond the wall of political self-interest that has repeatedly blocked efforts to make our electoral system fairer, more inclusive and more representative of the voices of Canadians.

That path is a National Citizens’ Assembly on Electoral Reform.

A special advisor to the prairies is needed, but not that’s enough. We urge the government to act now to establish a National Citizens’ Assembly on Electoral Reform, in the interest of all Canadians. 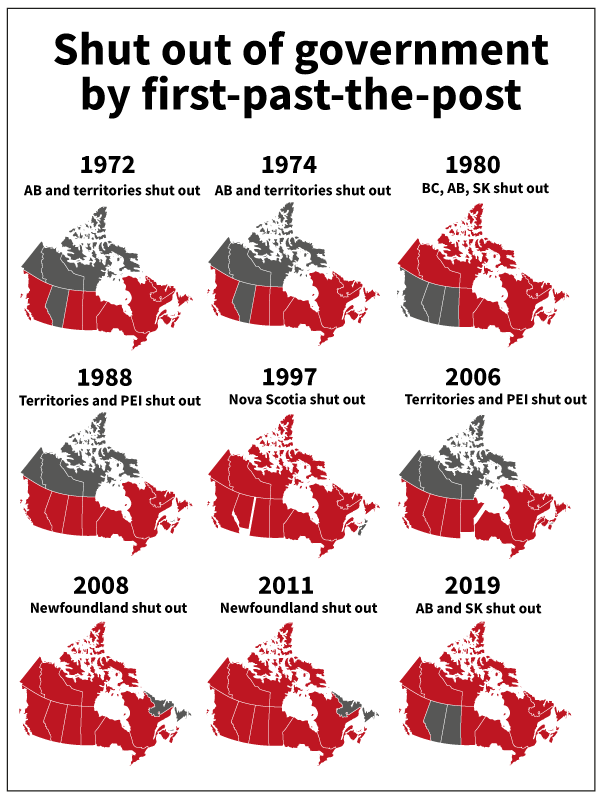 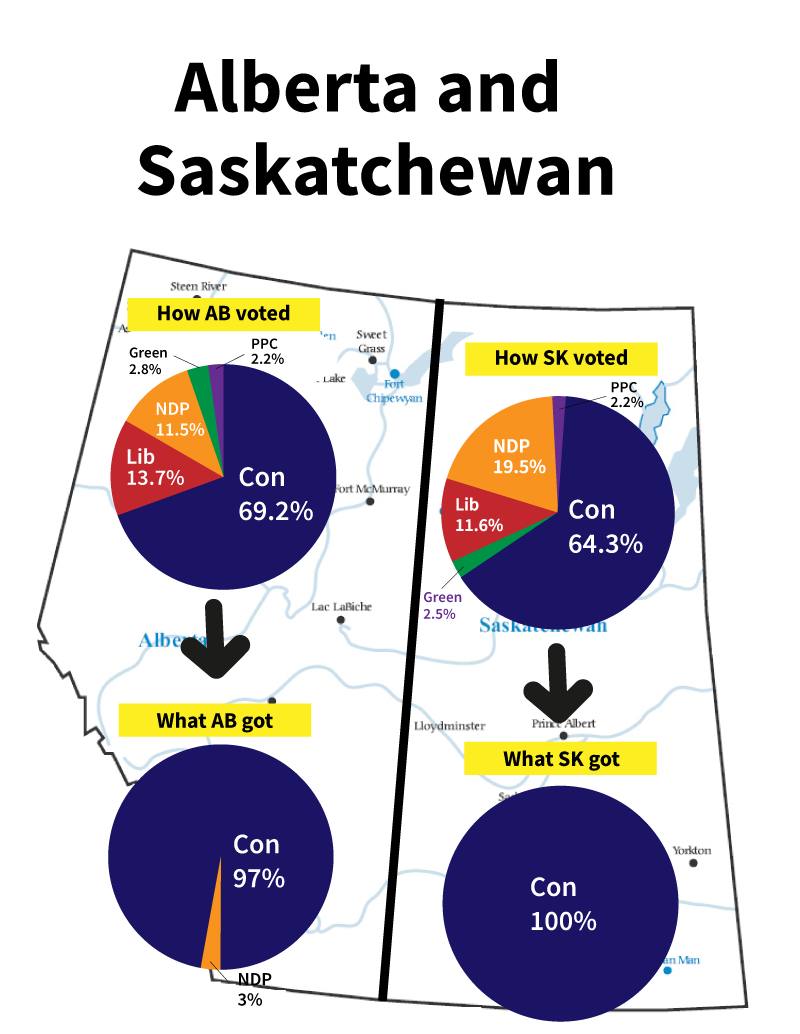