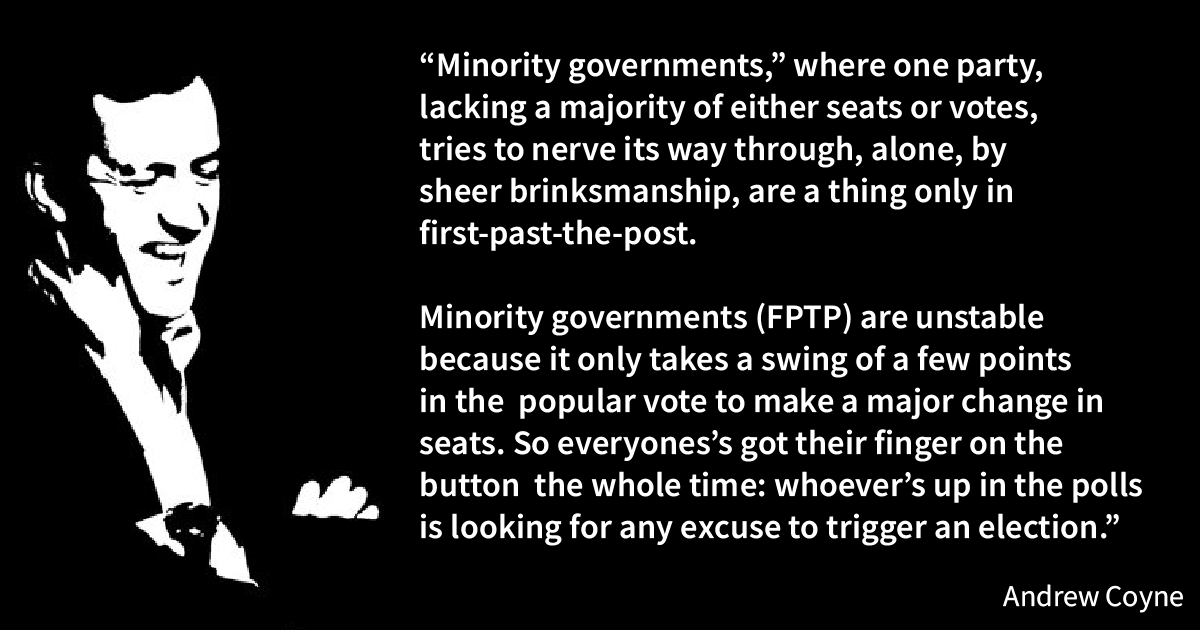 Peter MacKay’s claim that as Conservative leader he’ll force an early election was clearly aimed at a quick headline. He also wants the Conservative base to open their wallets. His latest missive should be treated with a hefty grain of salt.

Unless the Bloc and NDP both go along, an election isn’t happening, since the Liberals only need the support of one or the other of these two parties to survive. As Thomas Mulcair pointed out, the Bloc “feels they have died and  gone to heaven” since first-past-the-post turned their 7.7% of votes into 32 seats and a disproportionate influence in Parliament. Nor is the NDP calling for a fast election at this time.

That didn’t stop the Liberal Party from imploring its own supporters immediately to dig deep to head off the manufactured emergency:

If the Conservatives want to force a federal election campaign just a few months from now – or at any other time – our movement needs to stay ready.

This kind of unproductive blustering is a symptom of one thing: our broken electoral system.

As Andrew Coyne has pointed out:

Minority governments (first-past-the-post) are unstable because it only takes a swing of a few points in the popular vote to make a major change in seats. So everyone’s got their finger on the button the whole time: whoever’s up in the polls is looking for any excuse to trigger an election.

Who can blame them when about 35% voter support can, with luck, translate into more than 50% of the seats and all the power? There’s simply no incentive for long term cooperation, and all the incentive to roll the dice and make a new grab at accidental power. Even pretending an election is imminent is good for the party coffers.

But is that what Canadians voted for? Did they deliver a minority government only to be rewarded with four years of posturing, with parties claiming the only way to end the “instability” is to put their party in the driver’s seat? Obviously not.

The ability to work together and “get on with governing” is what Canadians want — but the rules of the first-past-the-post game prevent minorities from doing just that. The solution is exactly what Justin Trudeau promised in 2015: electoral reform that makes every vote count.