First-past-the-post has elected Jason Kenney’s UCP to a majority government with 55% of the vote.

Jason Kenney has pledged to spend the first 100 days undoing the policies of Rachel Notley’s NDP government, which had won a majority government in 2015 with 40% of the vote. These drastic policy flip flops are a consequence of a broken voting system imposing a two-party reality on what was a multi-party province four years ago.

Ironically, Jason Kenney once supported proportional representation as a fairer system for voters, but like the federal Conservatives, decided to merge parties instead as a path to power.

“We commend the Alberta Liberal Party and the Alberta Greens for standing up for proportional representation in this election. We hope all parties will see the urgent need for electoral reform in Alberta.”

In 2001 Jason Kenney said in the House of Commons “Canada is now the only multiparty advanced democracy in the world that has a system of voting designed in and for 16th century England.” Noting that Great Britain has adopted Proportional Representation for its regional assemblies in Wales, Scotland and Northern Ireland, he said “it would be helpful to national unity if the composition of parliament in some way reflected the diversity and plurality of political views which we find in the regions.” He was supporting an NDP motion for a special all-party committee to examine the merits of various models of proportional representation.

The Alberta NDP had Proportional Representation as a plank in their platform for the 2012 election and early in 2015, but removed it in February 2015, three months before winning their false majority. 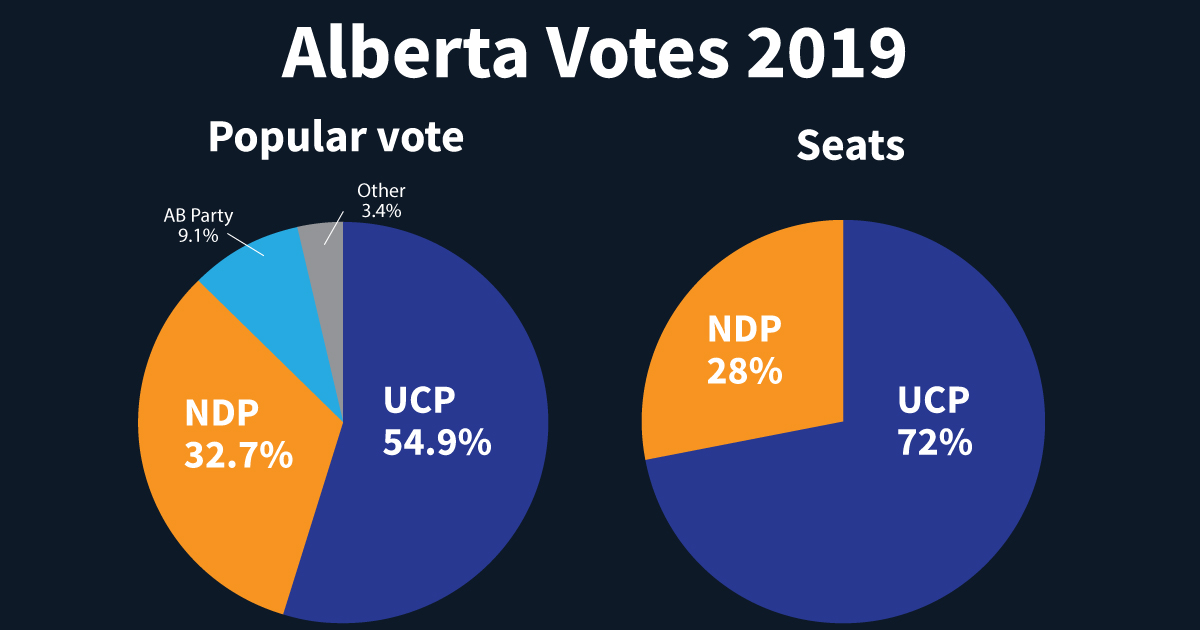