Help us reach hundreds of thousands of voters about PR right at their door! 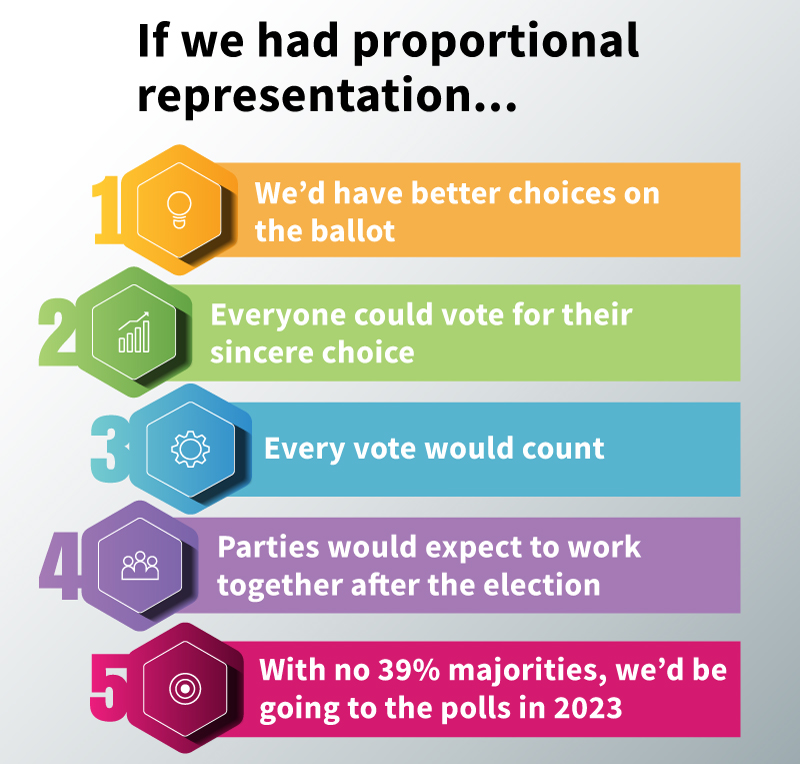 Please chip in now to help us reach hundreds of thousands of voters about electoral reform at their doors!

Yesterday, we sent out a message asking supporters to sign up to organize proportional representation door hanger campaigns in their ridings.

I thought maybe 20 people would step forward to be organizers. We had budgeted to cover most of that, out of our savings.

Instead, almost 200 organizers have stepped forward in less than 12 hours. With almost 1000 volunteers willing to deliver – and the list just keeps growing!

Friends, to send each of these wonderful volunteer organizers just 1000 door hangers each would cost Fair Vote Canada $40,000.

And in many ridings, if we had the money, they could do so much more.

With this kind of passion, determination, and foot power, we could reach hundreds of thousands of Canadians about PR, right at their door in the next few weeks!

But we can only do it with your help!

Can you chip in to reach voters across Canada with door hangers now?

Yes, I'll chip in to reach voters about electoral reform!

With this much volunteer power, we have the potential to reach hundred of thousands of voters about proportional representation. Including in some of the closest races in the country.

With your help, candidates will know that electoral reform is a live issue in their riding.

With just 36 days – the shortest election period in Canadian history – we must act fast.

To get door hangers into the hands of this many volunteers is going to take a massive, round-the-clock effort. But we can only meet the demand if we can pay for it!

The anger at this snap election is palpable.

Media outlets both left and right are saying it: This election is nothing but a power grab.

The only reason we’re having this election is because with first-past-the-post, a party with just 39% of the vote can get 100% of the power.

Most OECD countries with minorities or coalition governments have proportional representation. In those countries, parties just keep working together in the public interest, especially during a pandemic.

In Canada, with first-past-the-post, this is the third snap election since March 2020!

“The Liberal leader hopes the electoral system he promised to end in 2015 will work its distorting magic and give him a majority in the House of Commons with a plurality of votes.”

The editorial comment at the National Post just raised electoral reform as the real way for “more Canadians to have a voice“.

We couldn’t have said it better ourselves!

It’s thanks to your ongoing support that more people than ever are realizing that our winner-take-all voting system is failing Canadians.

In June 2021, you won a victory when a motion passed in a committee of Parliament to study a National Citizens’ Assembly on Electoral Reform.

Now it’s up to us to make sure that voters know and the party candidates are hearing about electoral reform during this election in their community!

Fair Vote Canada is supported 100% by individual Canadians who want a stronger, fairer, more cooperative and more inclusive democracy. A democracy where every voter truly matters.

We can do this – together.