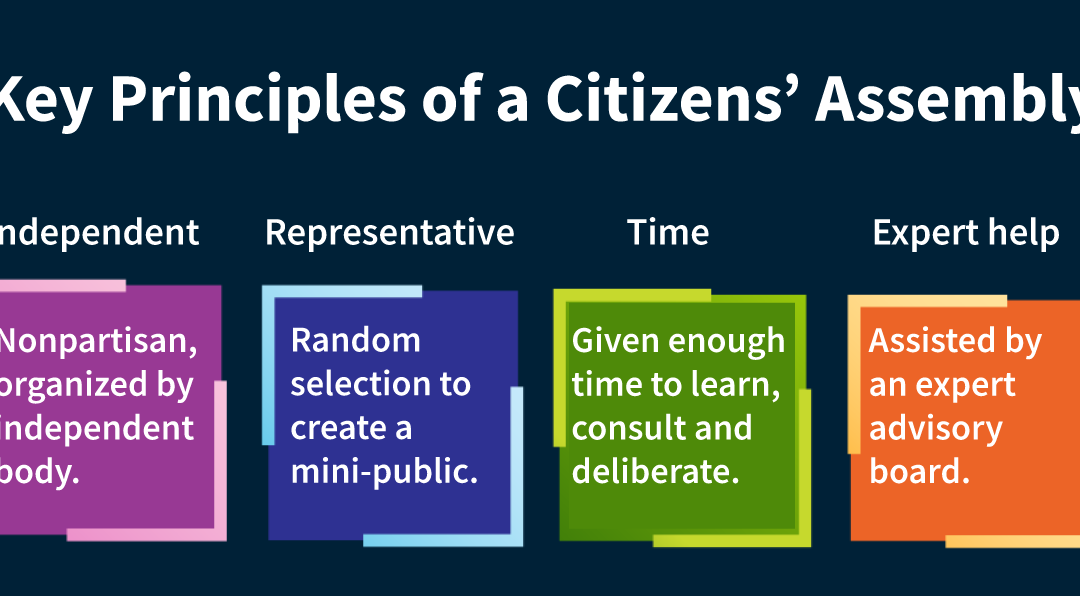 As Trudeau prepares to meet with other party leaders this week, Fair Vote Canada is inviting all concerned to urgently relaunch discussions on the need for electoral reform.

That our electoral system is broken has already been acknowledged by all, most notably by Trudeau himself, when he promised to make every vote count and to make 2015 the last first-past-the-post election. Meanwhile, the results of the Oct. 21 election have drawn renewed attention to the problems of our election system and the need for electoral reform.

Yet politicians afraid of losing power or losing their seats seem unable to agree on how to fix the problem. The time has come to hear from citizens themselves by organizing a robust citizen-led process of deliberation and consensus-building on this topic: a National Citizens’ Assembly on Electoral Reform, the next logical step in improving Canada’s democracy. It should be put in place promptly to allow the government to act on its recommendations in time for the next election.

The extent of public support for electoral reform was laid bare clearly shown in a September 12, 2019 Angus Reid poll in advance of the election:

According to Réal Lavergne, President of Fair Vote Canada,

The problem is not a lack of public support for electoral reform. The problem is opposition to change by politicians elected to power under the existing system. Politicians of all parties should have the honesty to acknowledge that. How many times have citizens voted for parties who promised electoral reform while in opposition only to have their will thwarted in one way or another once those same parties formed the government? Elections are about the right of citizens to elect their representatives, and citizens should play a leadership role in recommending a new electoral system for Canada.

Citizens agree. Asked about this in the Angus Reid poll,

Shoni Field, who participated in the first citizens’ assembly of this sort in British Columbia in 2005, explains how they work:

The big advantage of citizens’ assemblies is that they are composed of ordinary citizens, chosen at random to form a structured sample, who do not have a partisan interest in the outcome since they will not be running for office in the next election. Citizens’ assemblies provide opportunities for study and deliberation that have been shown to work in the past. Participants are ordinary citizens, but given sufficient time and resources along with expert, independent facilitation, they have proven capable of dealing with complex issues and are able to establish a consensus of a sort that politicians often seem incapable of achieving.

The proposed national assembly on electoral reform in Canada should be free to decide if electoral reform is needed and if so, what changes to they recommend. The organization of the process should be done at arm’s length from the government. The aim should be to construct the most robust and legitimate possible process for consulting citizens on what they are looking for.

Canadians would like to see this minority government work without falling prey to short-term thinking, quick fixes to national disunity problems or an unnecessary early election. As voters, we can do better than we did this past election: we can elect a government and House of Commons that reflect how Canadians actually voted in every part of the country. It’s time to take an important step in that direction by hearing from citizens themselves what sort of electoral reform they would like to see. 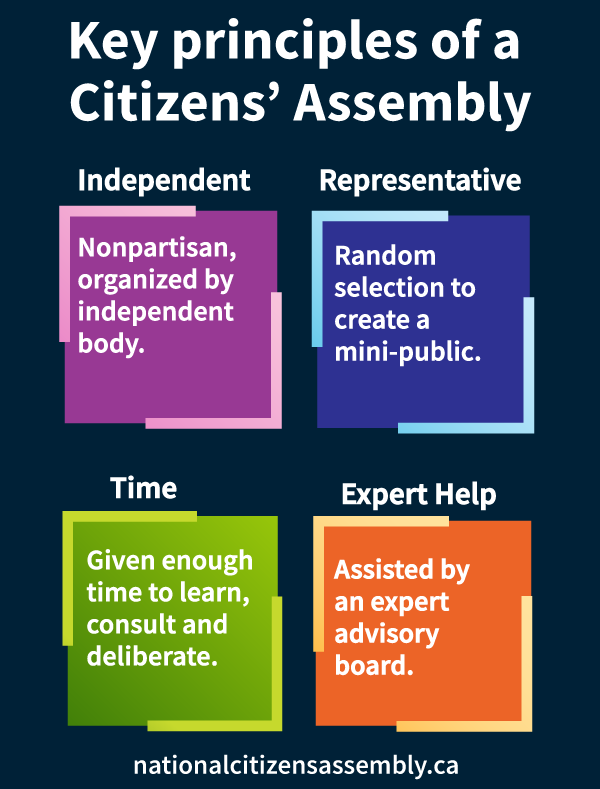 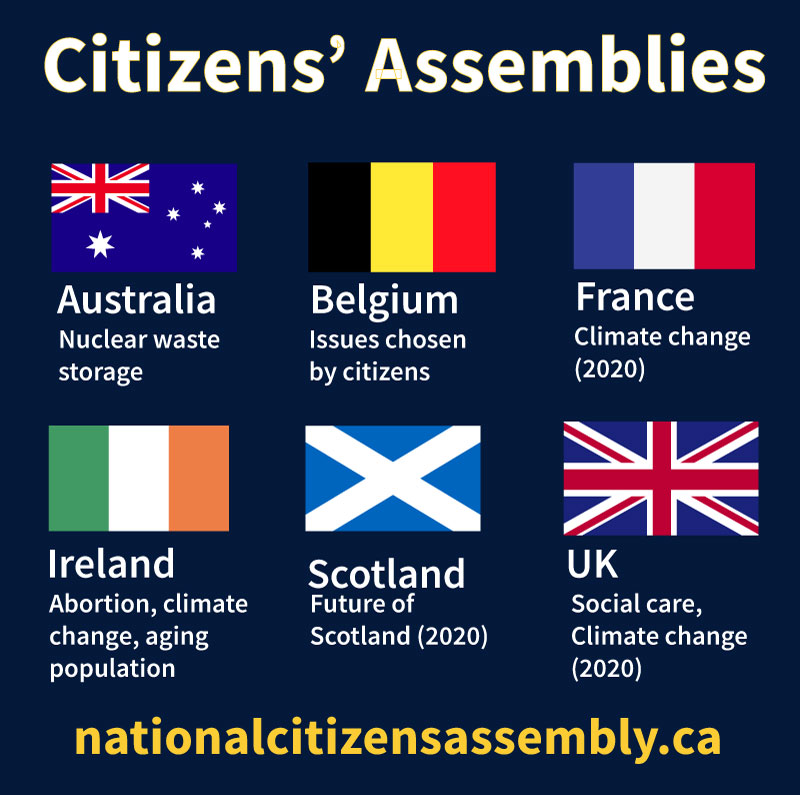