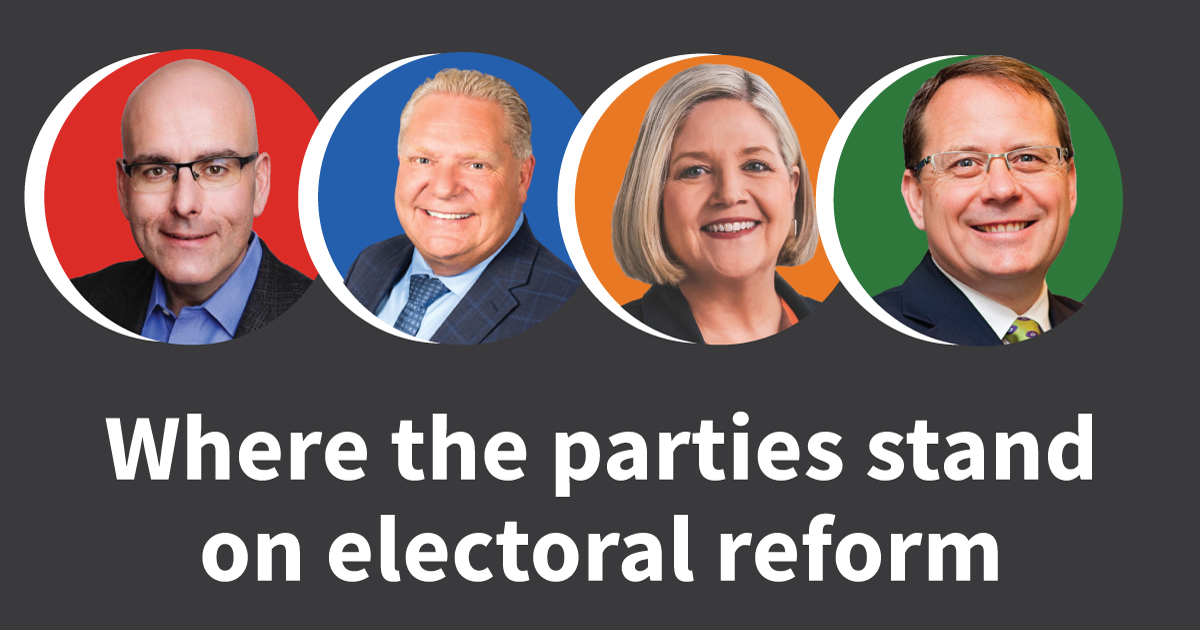 The party platforms are out, and their different treatments of electoral reform are telling. While the NDP platform supports proportional representation, the Liberals are promising to implement the same disproportional system that Justin Trudeau championed unsuccessfully at the federal level, and the Progressive Conservatives are ignoring the need for reform.

The Ontario Green Party supports proportional representation. Their platform calls for a binding Citizens’ Assembly – a process voters can trust – and a commitment to implement a new voting system. The platform would be improved with a timeline for legislation to deliver the new system.

When it comes to successfully bringing in electoral reform, a credible, evidence-based, and citizen-led process is important to building public trust and gaining the cross-partisan support necessary for legislation to pass.

Citizens’ Assemblies have proven their worth around the world as trusted, neutral processes to consider different viewpoints and facilitate informed, unbiased recommendations for government action. Fair Vote Canada has every confidence that a Citizens’ Assembly with a broad mandate to consider all forms of reform would recommend a proportional, made-in-Ontario system that would ensure all voters are represented fairly in the legislature.

The NDP has promised to “create a Mixed Member Proportional Voting system”. We appreciate the party’s long-standing support for proportional representation and MMP is a solid system which we are pleased to endorse. However, the platform could be improved by more specifics on the process being proposed for the independent group of citizens and a broadening of their mandate to consider all reform options. Of note, neither a commitment to introduce legislation nor a timeline for the implementation of the new system is given.

The Ontario Liberals recognize the need for electoral reform but take us in the wrong direction. The platform promises  to introduce winner-take-all ranked ballots before the next election, a disproportional, polarizing and self-serving scheme that fails to fix the problems in Ontario’s politics, and could potentially make them worse. The system needs to be selected by an independent, open-minded Citizens’ Assembly, not a single party. Once the party gets a taste of artificially constructed majorities, it is even less likely they will agree to shift to a proportional system that better serves voters.

Doug Ford’s Progressive Conservatives have nothing on electoral reform in their platform. Ford is on record as opposed to change, stating in 2020, “We’re just gonna do it the same way as we’ve been doing since 1867.” The current system gave the party a majority mandate with only 40% support, so the Premier’s fondness for it is unsurprising.

Ontarians want electoral reform, but polling shows most are reluctant to trust any single party to choose a system. Cooperation between parties and a process Ontarians can trust is necessary to achieve electoral reform. We hope that all parties will come to support a Citizens’ Assembly on Electoral Reform—one that will consider all the options, not just the preferred system of any one party—and commit to making 2022 the last election with our unfair, winner-take-all voting system. 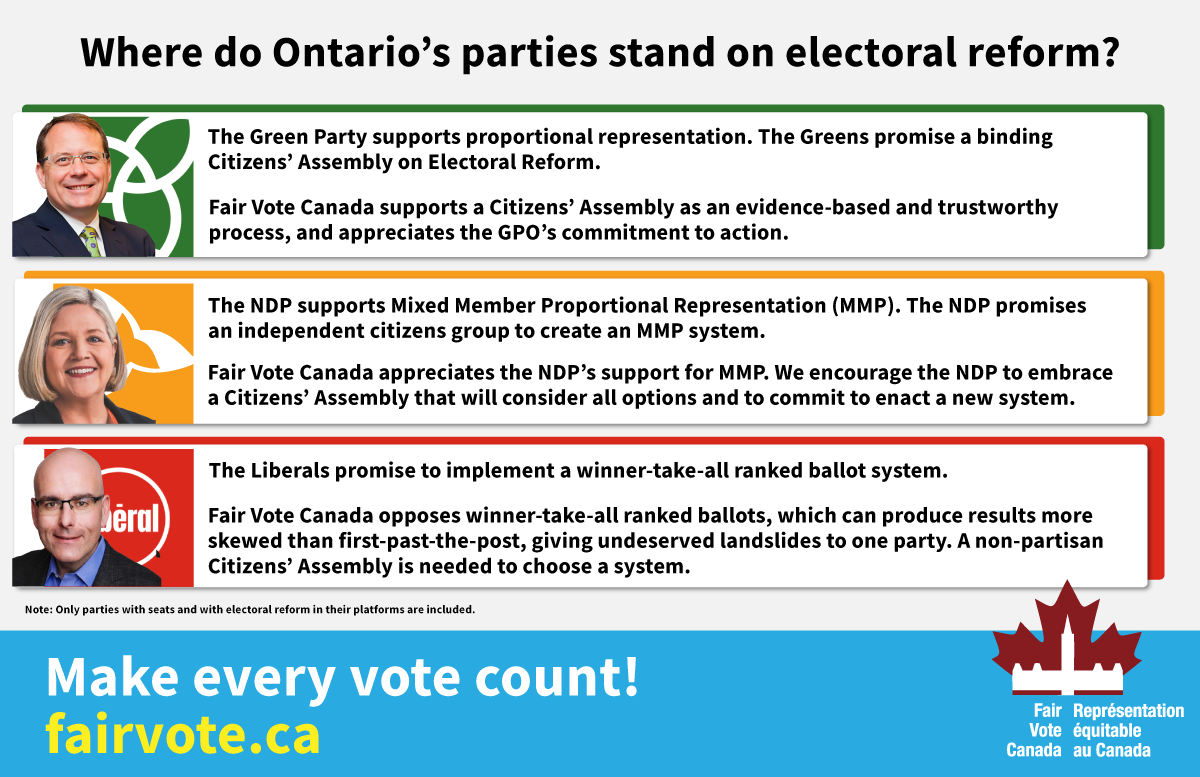