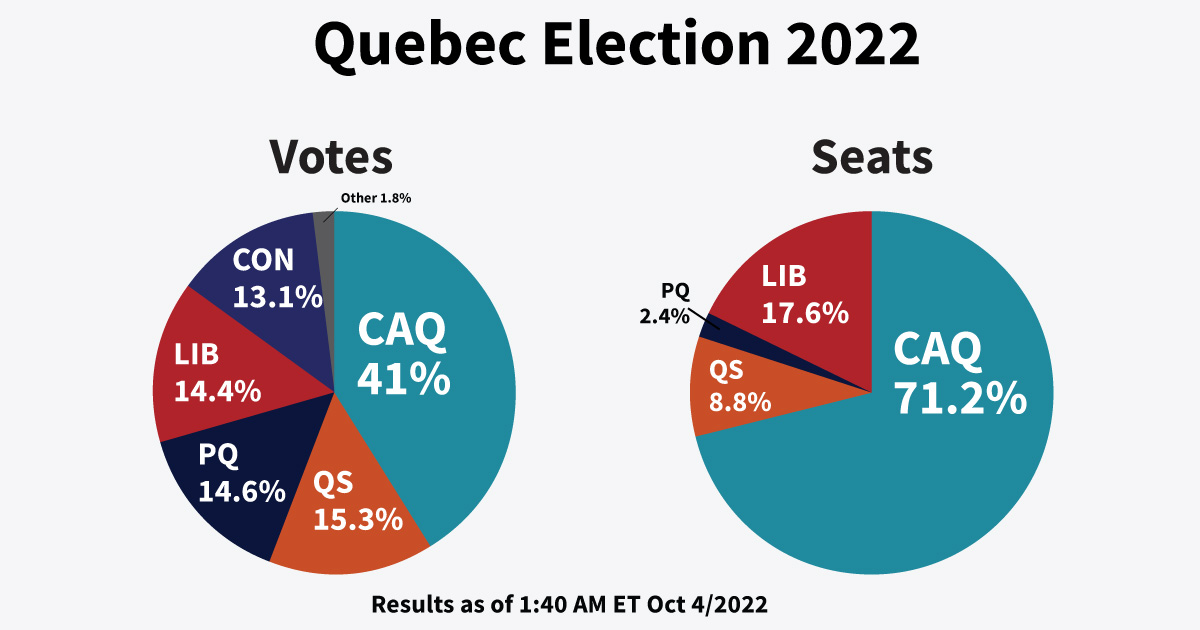 In the 2022 Quebec election with first-past-the-the-post:

Francois Legault came to power in 2018 with a promise to implement a Mixed Member Proportional system and a vow that “We won’t do a Justin Trudeau.” Sadly, in a major disservice to Quebec voters, he did just that.

During this year’s campaign, Legault was quoted claiming that only a few intellectuals were interested in electoral reform.

“The adoption of a mixed proportional voting system is not a matter for intellectuals, as Mr. Legault claims. This is an issue of democratic representativeness of the highest importance. We are counting on the opposition parties and civil society to remind the next government of this.”

As columnist Emilie Nicolas said on CBC “I expect a lot of attention in the coming days over the issue of electoral reform, how well what we are seeing in the National Assembly reflects the diversity of views amongst Quebeckers.”

As PQ Leader Paul St-Pierre Plamondon said after the results “Rarely in our history have we had such a disproportionate effect between the popular will and the result in the number of seats and the dynamic we will have in the National Assembly. Once the election is over, nothing stops the CAQ from coming back to its promise and having a reform of the voting system, and to collaborate with all the other parties so that, together, we can face the challenge of democracy.” 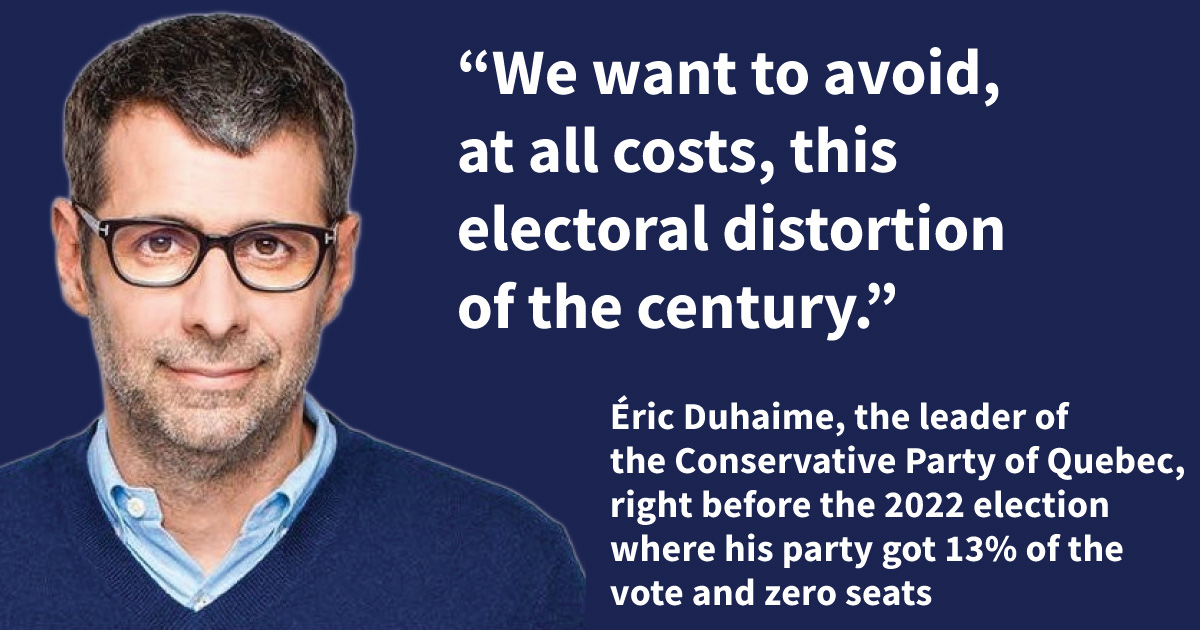 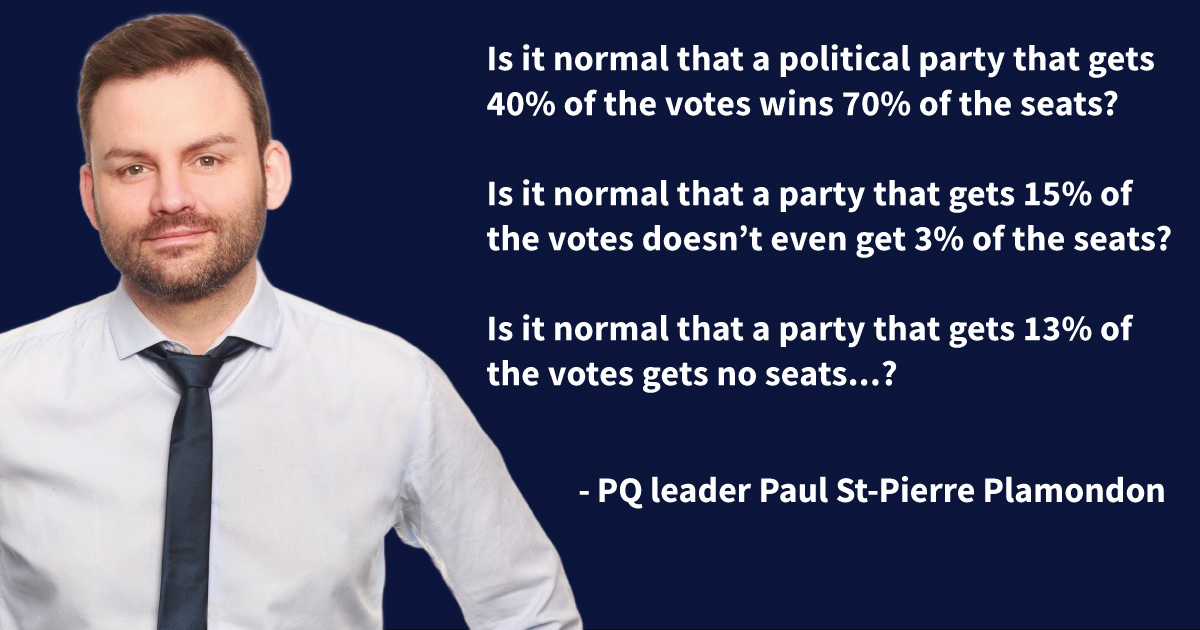 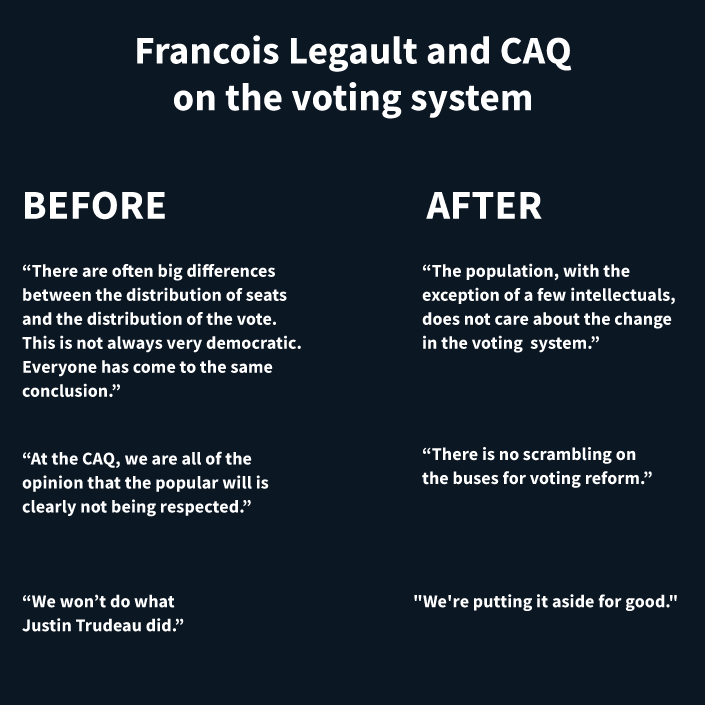