Claims about local and regional representation:

“We’re going to see a loss of regional representation. There’s no way you can do these systems without losing rural representation in particular.”  Stated by: Bill Tieleman, spokesperson for the official NO campaign. BC Today, May 30, 2018.

“Say farewell to your local MLA.”  Stated by: NO to PR sponsored ad on facebook. 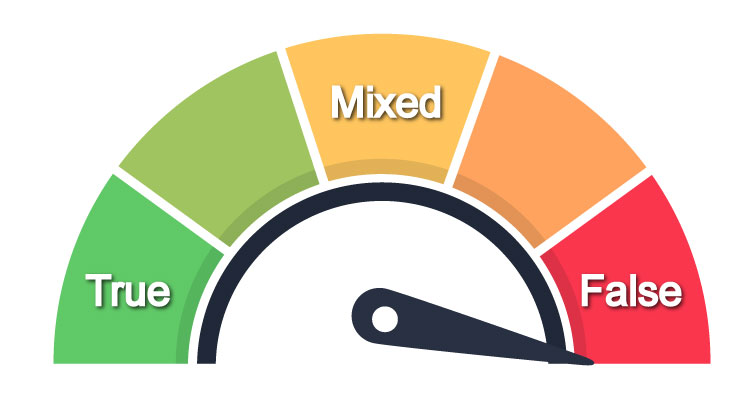 These claims are false.

Depending on the proportional model you will have one local MP and regional MPs (Mixed Member Proportional), several local MPs (Single Transferable Vote) or a combination (Rural-Urban Proportional). Almost every voter will help elect an MP who shares their values. 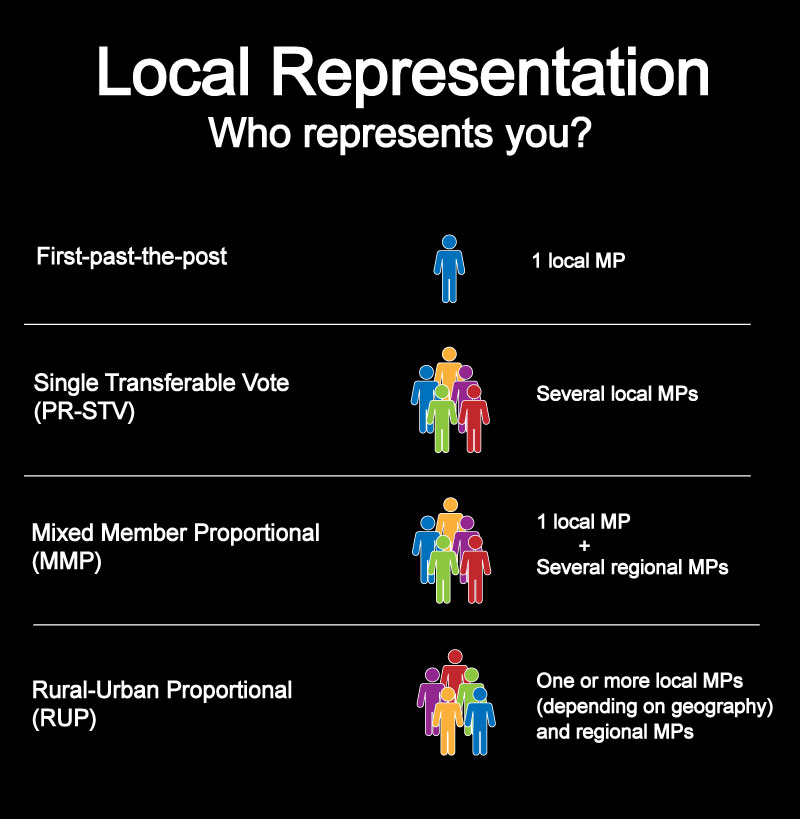 Proportional representation means a stronger voice for voters in every region.

Right now, one party can sweep every seat in a region – leaving no voice for voters of other parties, such as in the pictures below. (Learn more about first past the post and its problems).

Entire regions can be shut out of government, such as when the Liberals won a “majority” government in 2015 but not a single Liberal MP was elected from Alberta or Saskatchewan. This can fuel feelings of resentment an alienation.

With proportional representation, every voter will have a team of MPs, reflecting the diversity of the voters in the region. This means that most of the time voters in every region will have MPs in the government and in the opposition. 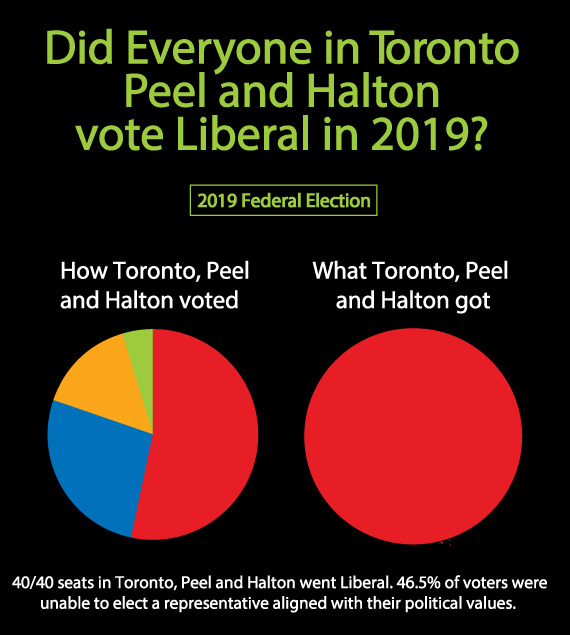 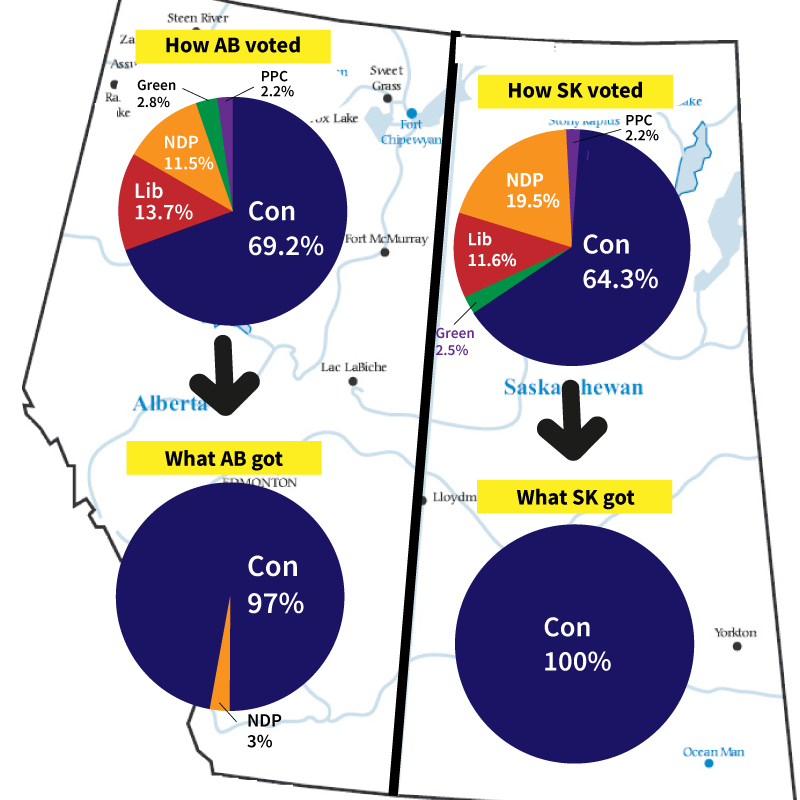