Fair Vote Canada condemns the omission of a Minister of Democratic Institutions from the cabinet appointments announced today. With a large segment of Canadians unrepresented in government and a widening divide between regions, Canadians need a Minister tasked with fixing the precarious state of our democracy.

This high level of public support for electoral reform was confirmed by a September 2019 Angus Reid poll showing that 77% of Canadians — and 80% of Liberal voters — support proportional representation, where the seats a party receives closely align with their level of popular support.

This election saw the Liberals form government with 33% of the popular vote – the lowest in Canadian history. With first-past-the-post, many Canadians resorted to strategic voting for the Liberals to avoid what they considered a worse alternative. This has the perverse effect of electing more MPs from parties who do not (or no longer) support electoral reform.

Equally concerning, the one -third of voters from Alberta and Saskatchewan who didn’t vote Conservative have almost no representation in Parliament and these two provinces find themselves shut out of government. While Trudeau’s appointment of Anne McLellan as an advisor to cabinet acknowledges the problem, it is merely a bandaid on a gaping wound.

Trudeau broke his promise on electoral reform citing a lack of consensus, despite the fact that almost 90% of the experts and citizens who testified to the ERRE supported proportional representation.

Our country needs a path forward to improving our democracy.

Participants in a Citizens’ Assembly would be selected by stratified random sample, using a civic lottery to create a body that is demographically representative of the population as a whole from each region of every province. The result: citizens working together on behalf of their peers. The recommendations of a Citizens’ Assembly could legitimately be implemented by Parliament in time for the next scheduled election.

Says Fair Vote Canada’s President, Real Lavergne, “Trudeau’s failure to follow through with democratic reform in view of the current divisions in our country is unacceptable. Canadians deserve better.” 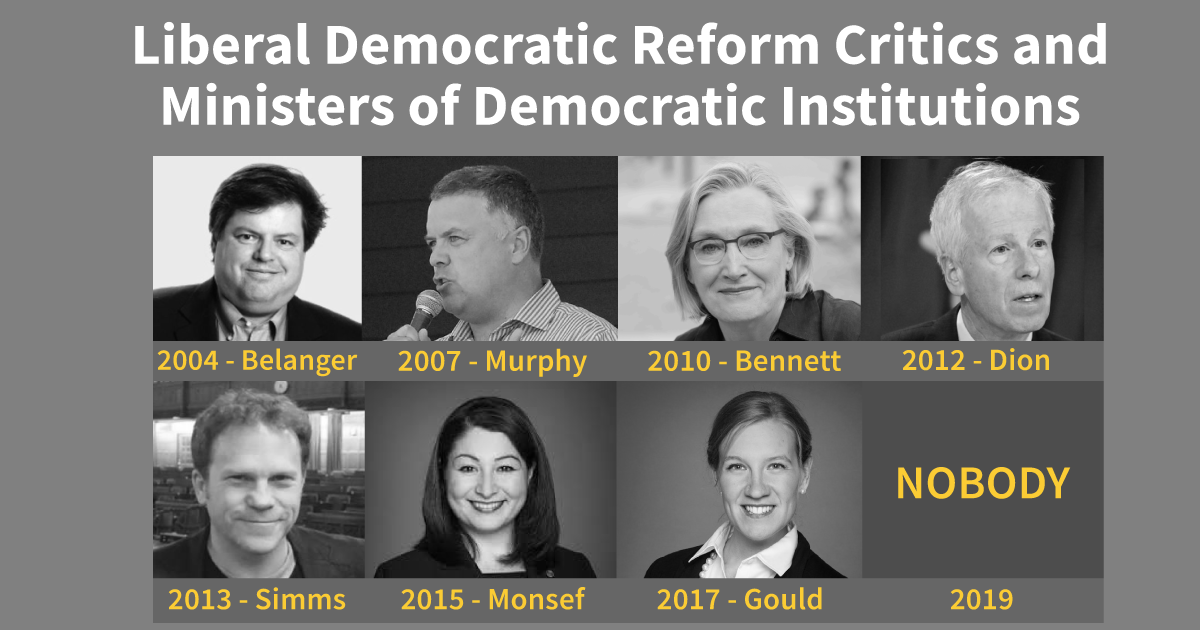