Sample Ballots for BC PR Systems

To understand the basic ideas behind designing a made-for-BC proportional voting system (top-up seats, multi-member ridings, or a combination), start with the introduction here.

To learn more about each of the three systems on the referendum ballot, including the “in a nutshell” version, visit the pages here: 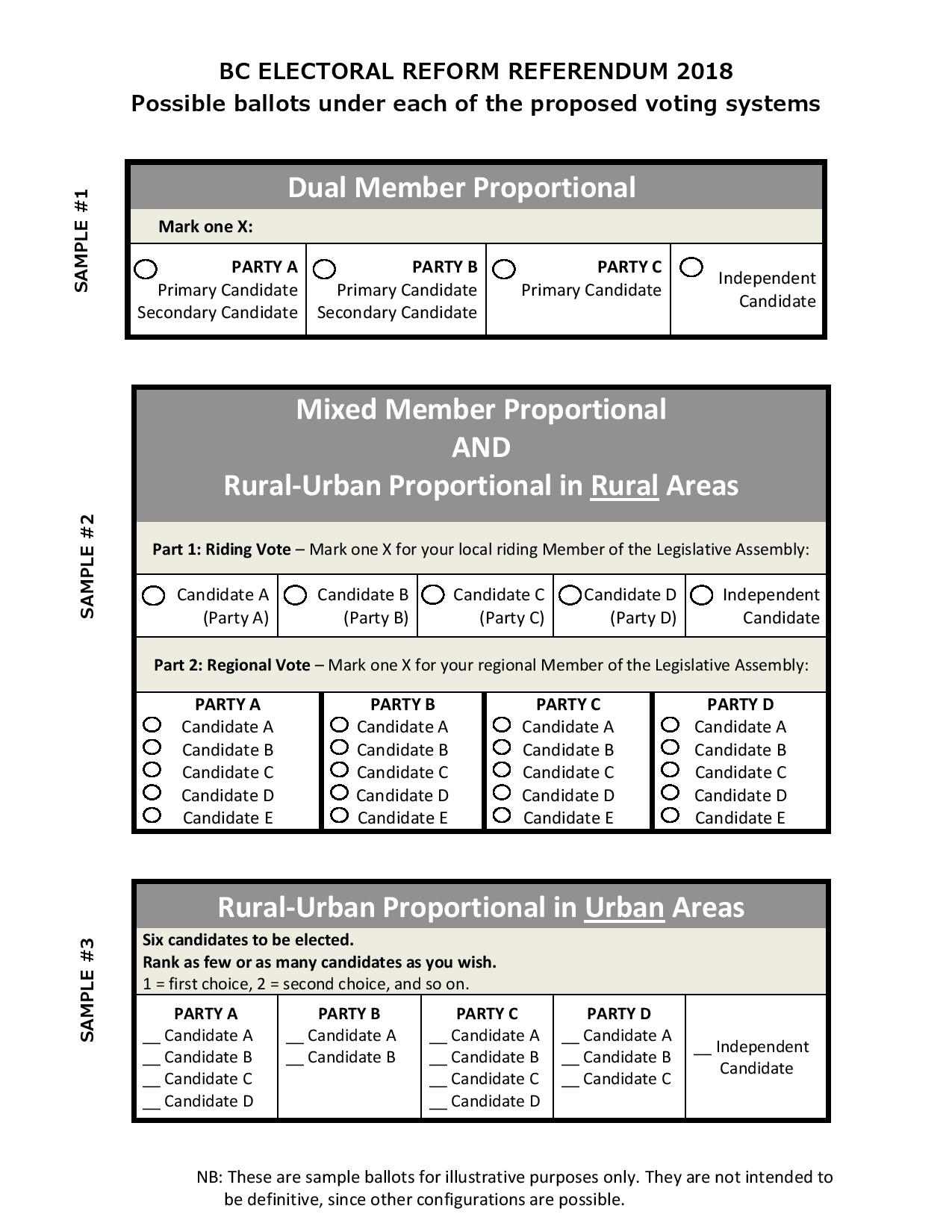