We are running online ads and delivering flyers in this riding, urging voters to vote for candidates who will fight for PR.

Winnipeg Centre is a target riding, where we can help elect a PR champion to the House of Commons.

Winnipeg Centre is held by Liberal MP Robert-Falcon Ouellette. Although he won by a large margin in 2015, this riding was held by NDP MP Pat Martin from 1997 to 2015. Recently, the NDP have begun to pick up steam in Winnipeg. 338canada.com says this riding is a Liberal/NDP race.

Fair Vote Canada is running online ads in this riding and delivering flyers, reminding voters that Justin Trudeau broke his promise, and urging them to support candidates who are committed to getting proportional representation back on the table. Endorsed candidates: Leah Gazan (NDP), Andrea Shalay (Green). 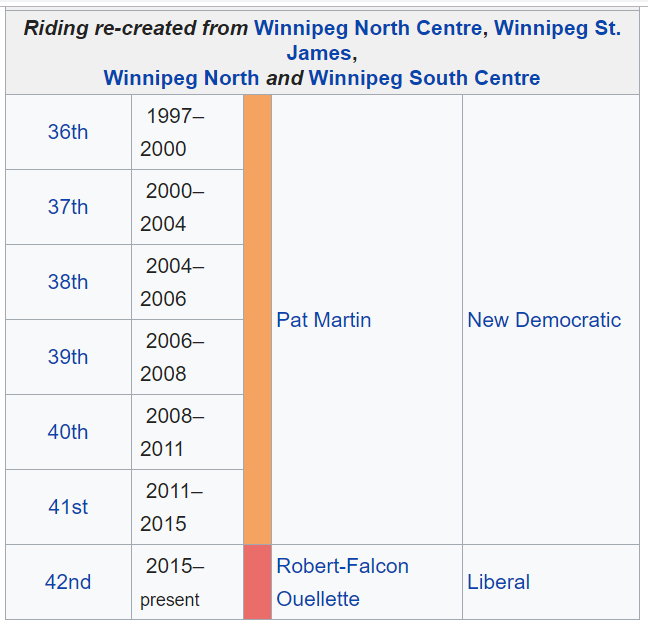