We are running online ads in this riding, urging voters to vote for candidates who will fight for PR.

Toronto – Danforth is a target riding, where we can help elect a PR champion to the House of Commons.

This riding had been held by the NDP since 2004 (Jack Layton, followed by Craig Scott). This riding has always been an NDP/Liberal race and has never elected a Conservative.

According to 338canada.com, this riding is a close race between the Liberals and the NDP.

Fair Vote Canada is running online ads in this riding, reminding voters that Justin Trudeau broke his promise, and urging them to support candidates who are committed to getting proportional representation back on the table. Endorsed candidates: Min Sook Lee (NDP) and Chris Tolley (Green Party). 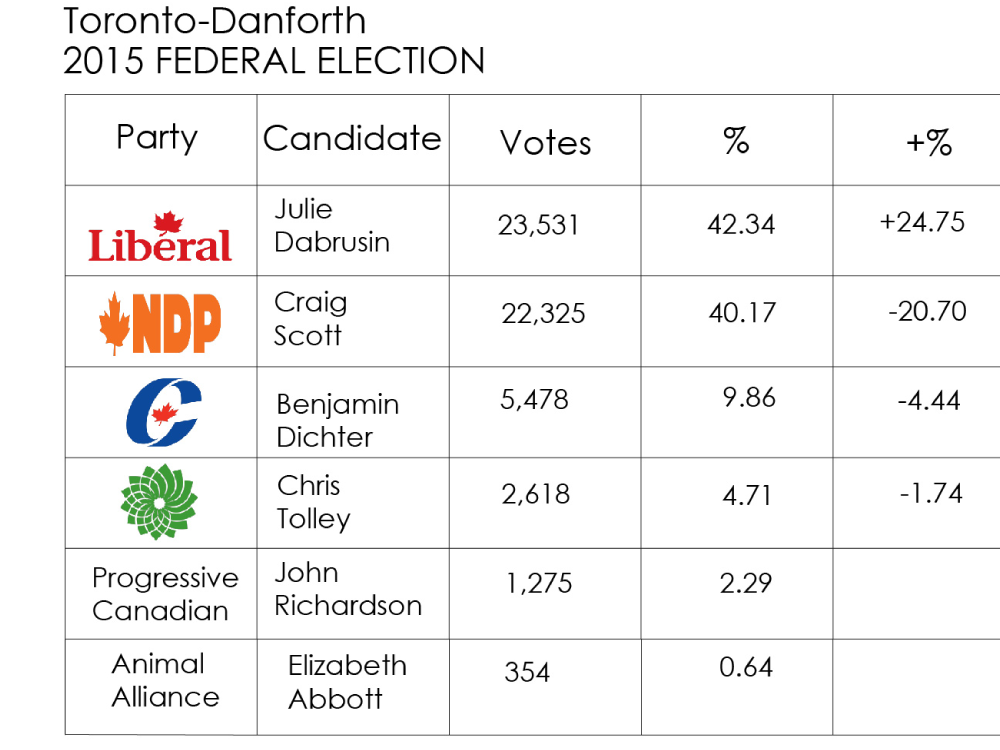 More information about the candidates

NDP candidate Min Sook Lee reached out to Fair Vote Canada in the winter of 2019, while she was still seeking the nomination. She held a gathering at her home for local Fair Vote supporters. She gave very strong responses to our questionnaire for candidates, including a commitment to fight for PR as a condition of supporting a minority government. Read her responses here:

Green Party candidate Chris Tolley is a long time supporter of proportional representation and features his commitment in his current campaign website: