Yukon to take the next step towards a Citizens’ Assembly on Electoral Reform! 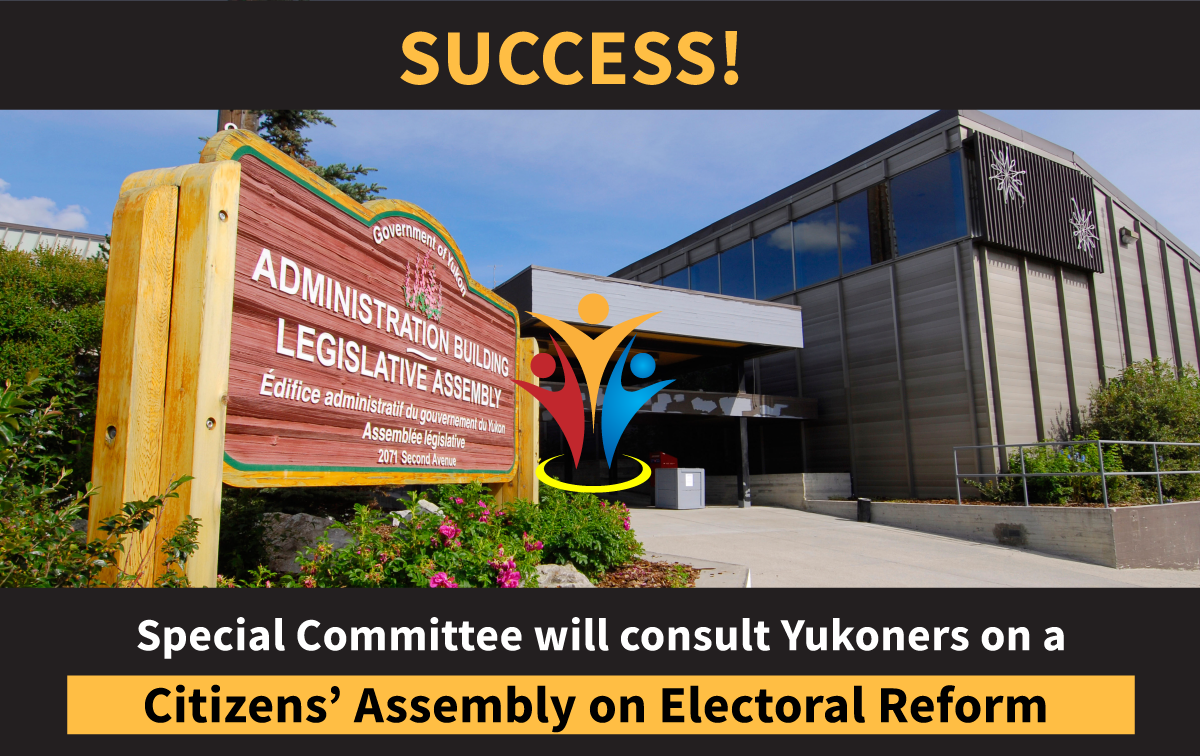 Proportional representation campaigners have won a crucial next step in the Yukon!

This breakthrough wouldn’t have happened without the relentless work of passionate and dedicated volunteers in Fair Vote Yukon.

In 2021, Yukon voters elected a minority government. The Yukon NDP and Yukon Liberals signed a Confidence and Supply Agreement.

The Yukon NDP won a breakthrough in their Confidence and Supply Agreement that the federal NDP couldn’t get from Justin Trudeau: another chance at real electoral reform.

Critically, the agreement included a promise to convene an all-party committee and consult Yukoners on electoral reform.

Unfortunately, the committee’s public education was a trainwreck―a website describing the technical details of no less than nine different voting systems.

Beyond a doubt, Fair Vote Canada supporters and volunteers made the difference.

Fair Vote Yukon, a 100% volunteer-led team, have worked tirelessly in the Yukon over the past year. They ensured that the voices of citizens who want a stronger democracy were heard loud and clear:

As Committee Chair and MLA Kate White told CBC Radio this week, the committee got message that a Citizens’ Assembly on Electoral Reform is the “gold standard”:

“A Citizen’s Assembly belongs to the people―as opposed to the political parties that could benefit or not benefit from changes to the electoral system.” 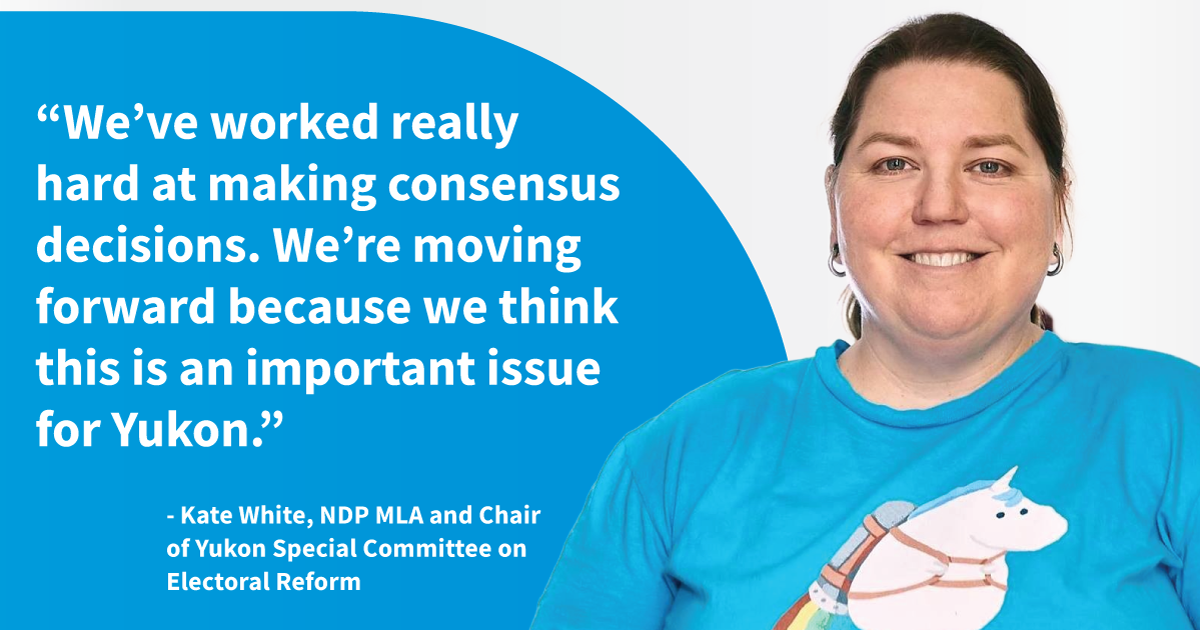 Now the Electoral Reform Committee has been granted an extension so they can work with the Yukon Bureau of Statistics on a final survey to all Yukoners.

This time, the question couldn’t be more important:

Will Yukoners support a Citizens’ Assembly on Electoral Reform?

This campaign isn’t over yet.

Yukon voters will need education―quickly―about what a Citizens’ Assembly on Electoral Reform is, and how it can drive change.

We can’t count on the politicians alone to get it right.

But for today, let’s celebrate.

This victory shows us what we know is true:

Together, we can do this.