Ford rams through bills that shut out MPPs, public 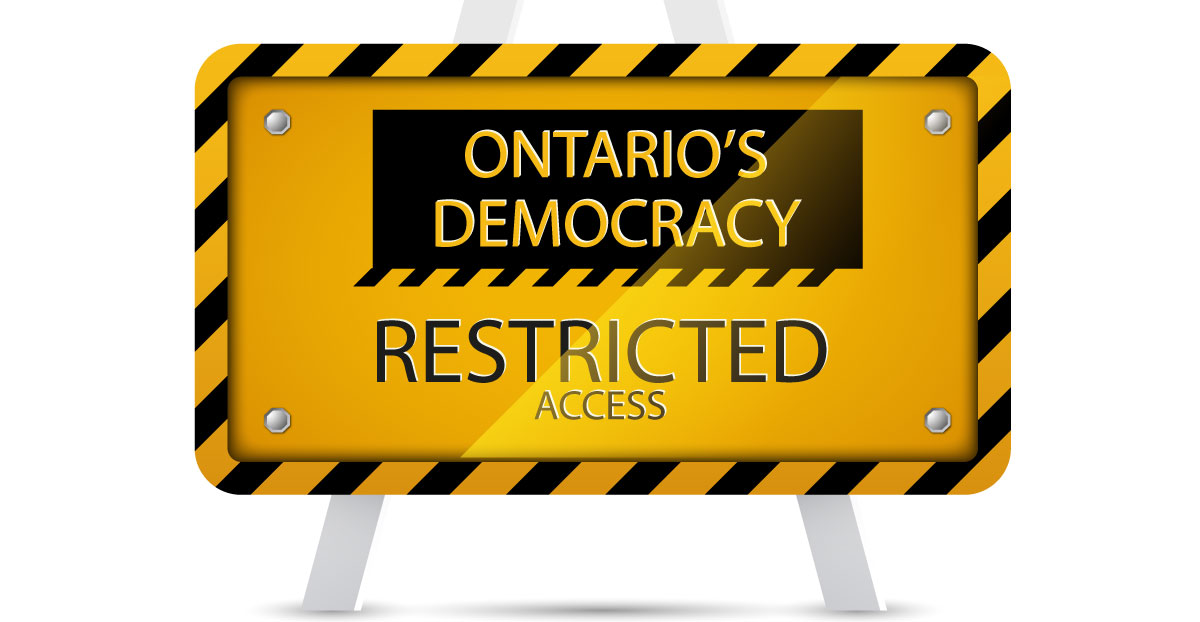 In June, 2017, Ford’s PCs were elected to a majority government. They received only 41% of the popular vote. The voting system gave them 61% of the seats and 100% of the power.

The opposition MPs were easily outvoted by the PCs. The PCs used time allocation to shut down debate quickly.

Both new bills make it harder for MPPs and the public to have their say in decisions.

What would have changed with proportional representation?

Imagine the last election was run using proportional representation. 41% of the vote for the PCs would have gotten them 41% of the seats.

If Ontario had PR, the PCs would have had to compromise with other parties and fix the bills. If they refused, this is what would have happened: 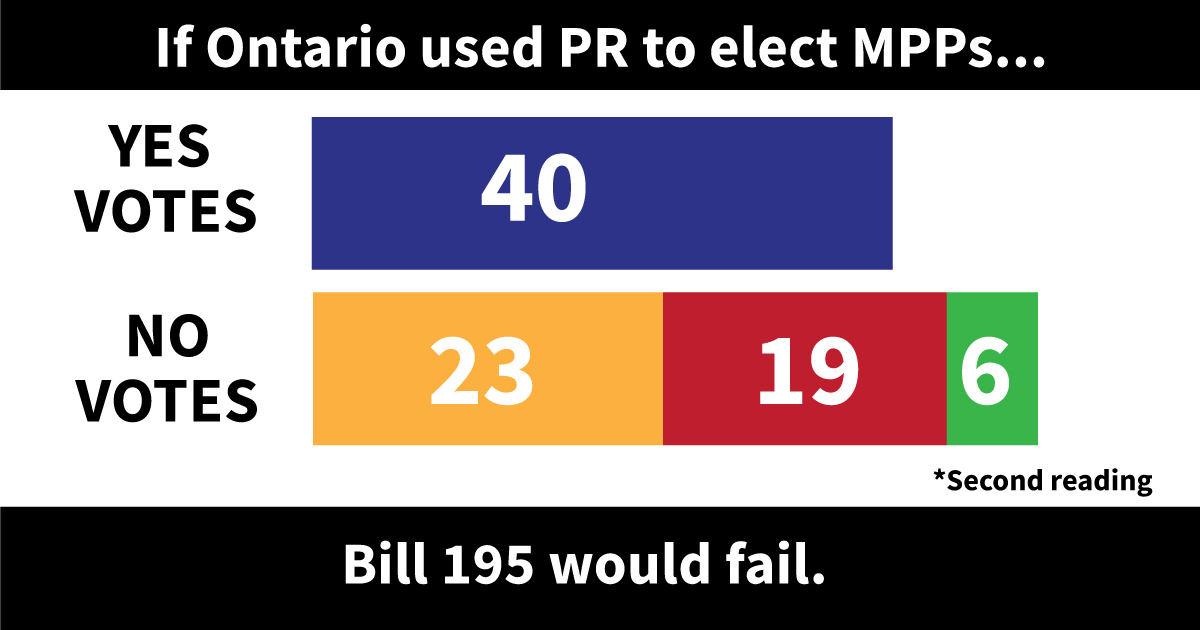 Simply: Both concentrate power at the top.

Bill 197 rolls back Ontario’s environmental assessment laws. It gives power to the PCs alone to decide which projects get an assessment.

Auditor General Bonnie Lysyk declared that the Ford government violated the existing Environmental Bill of Rights. They didn’t give the public 30 days to comment on Bill 197. Instead, they used their 41% “majority” to apply their new law retroactively.

Bill 195 means changes to emergency powers will no longer have to be voted on in the legislature. Instead, a committee will decide.

One PC MPP, Belinda Karahalios, was kicked out of the party for voting against Bill 195.  Karahalios said: “Bill 195 takes away the legislature’s ability to vote on the use of extraordinary emergency powers on Ontarians for the next year.”

This has raised such grave concern that the Canadian Civil Liberties Association launched a petition against the bill.

Everyone knows a pandemic is an extraordinary time. Canadians are told “we are all in it together.” We must all put the public good first. We must all compromise in the best interest of everyone.

We need our politicians to be “in it together”, too. Instead, we are all vulnerable to the judgements of one party who will go it alone.

Voters should not take this lightly.

This comes as no surprise. Countries with proportional representation have better population health. They are doing more to tackle climate change. And they have higher economic growth. Cooperation works.

Maybe this is why the top six countries in the world for voter satisfaction all use PR.

Ontario voters deserve to have their votes count.