Canadians will be on the hook for costs of policy lurch 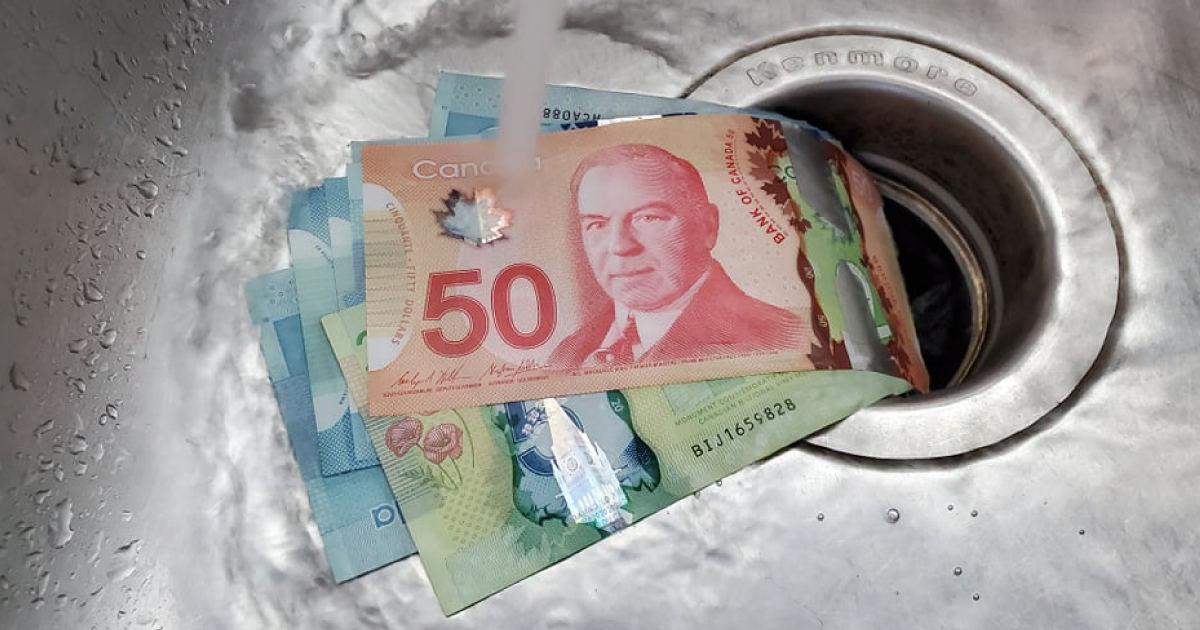 According to the federal government, the best way to “future proof” their carbon tax plan may be to guarantee compensation to investors who stand to lose money if future governments weaken climate legislation. That “solution” might satisfy investors, but would expose Canadian taxpayers to unacceptable risks.

The price tag on these contracts with investors? Unpredictable. Duration? Unknown.

An ounce of prevention is worth a pound of cure when it comes to saving the environment—and our pocketbooks. But politicians would rather put Canadians on the hook for problems they know are coming than tackle the root cause head on now.

Remember the vast sums spent on canceled contracts and lawsuits in Ontario caused by Doug Ford’s extreme and immediate reversal of the Ontario Liberal climate plan?

It’s not uncommon for a new “majority” to spend the first 100 days undoing years of work by the previous government.

Businesses need to plan beyond four years—they can’t thrive without stability. Large or small, they can’t risk the rug being pulled out from under them every time a handful of voters in a few swing ridings change their minds, giving a different party total control with 39% of the vote.

As Nooruddin’s research noted, a World Bank study found that investors preferred to invest in countries with coalition governments (almost always the product of proportional representation), because of this increased stability.

In Denmark, parties worked together to pass one of the strongest climate laws in the world. Serious cooperation across party lines will ensure that their plan lasts.

Canadian businesses crave the long-term policy stability that comes with proportional representation. Yet time and again, the federal Liberal Party has slammed the door on even considering it, most recently in their Confidence and Supply Agreement negotiations with the NDP.

Trudeau insists on a winner-take-all ranked ballot—or nothing.

But a winner-take-all ranked ballot replicates and can even exaggerate the problems with first-past-the-post: grossly distorted results, regional polarization, and policy lurch.

What would a winner-take-all ranked ballot mean for Canada’s climate performance―which Minister of Environment and Climate Change Steven Guilbeault insists is “a global competition”?

We can look to the performance of the only major country in the world using winner-take-all ranked ballots: Australia. (Over 80% of OECD countries use PR).

Australia ranked dead last on the 2022 Climate Change Performance Index’s policy scale and close to the bottom for overall performance.

Winner-take-all ranked ballot has produced a rigid, adversarial, two-bloc system in Australia. It’s even better at shutting out third parties and stopping cooperation in its tracks than first-past-the-post.

The only chance for a bi-partisan deal on a carbon tax in Australia was scuttled because a majority of MPs in the conservative bloc wanted a wedge issue with which to wage an election battle against the Labor Party.

Australia’s only attempt at carbon taxation ended in 2012, when the incoming right wing government was elected and scrapped it. 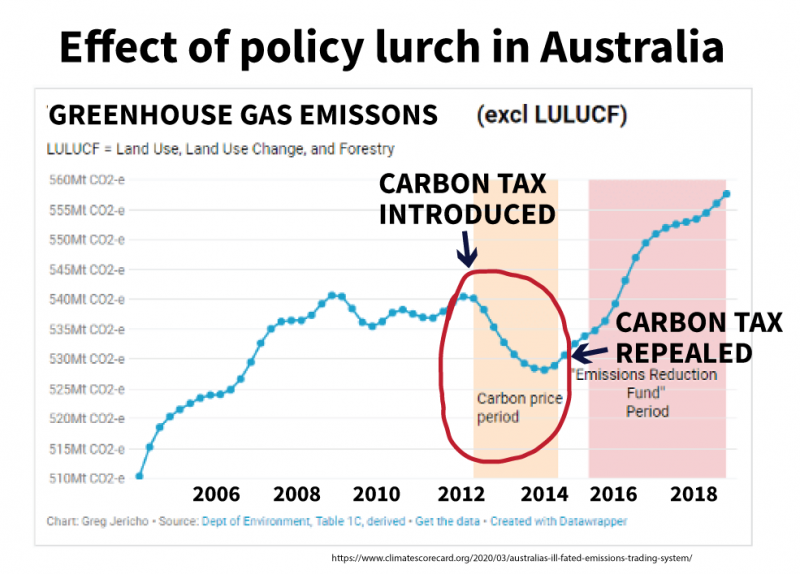 This is not the kind of politics that is going to deliver ambitious, sustainable climate action and investment certainty for business.

Research is clear: countries with proportional representation outperform those with winner-take-all systems, including in terms of policy stability.

The Trudeau government is right to try and provide the stability that businesses need. But they are going about it the wrong way. Their band-aid solution will cost Canadians more by putting off the obvious: fixing the voting system.

Fair Vote Canada is a national citizens’ campaign for proportional representation. We are calling for an independent, non-partisan, National Citizens’ Assembly on Electoral Reform. 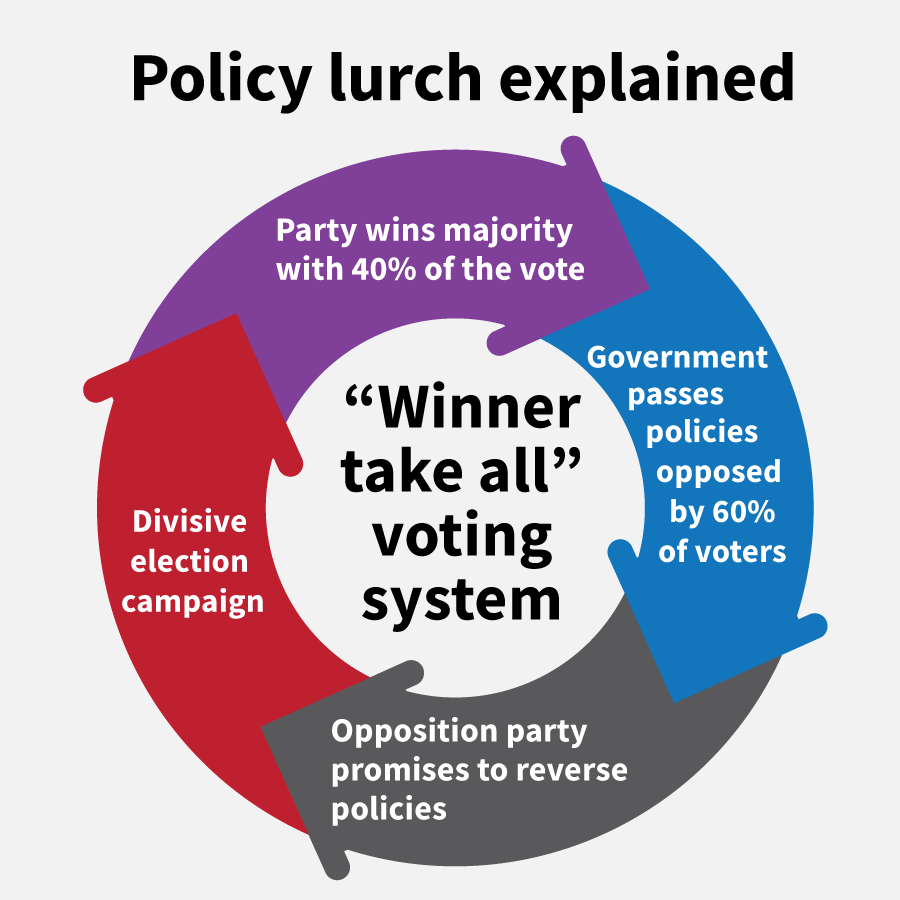 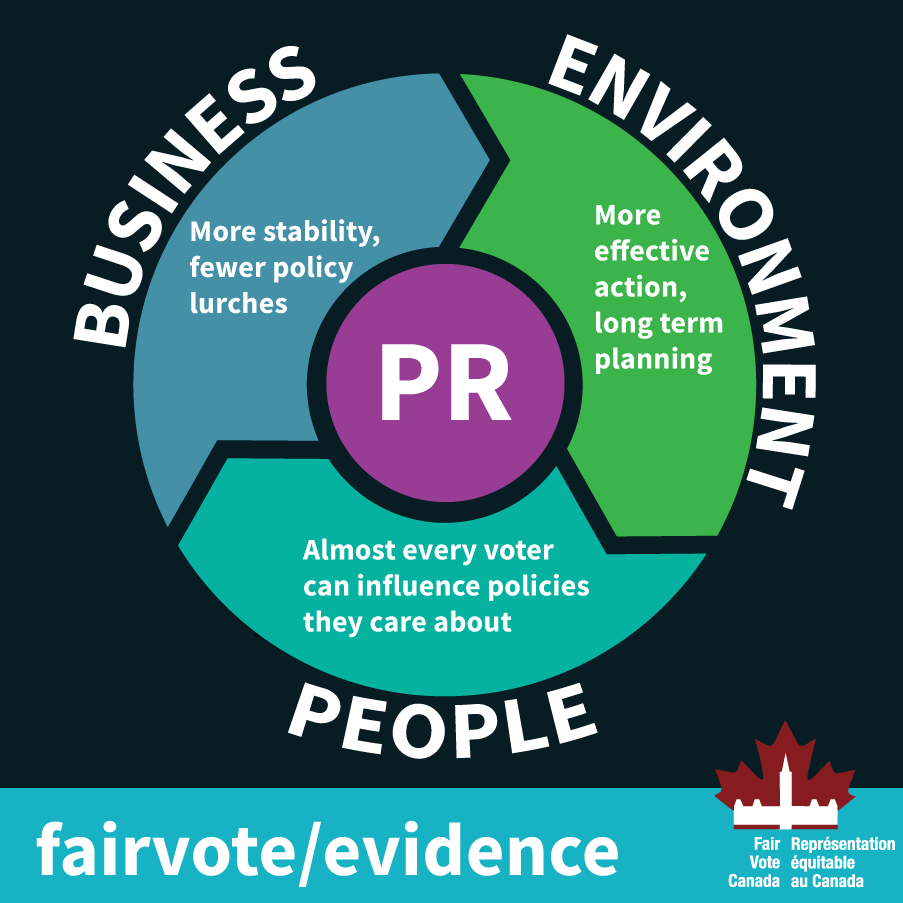