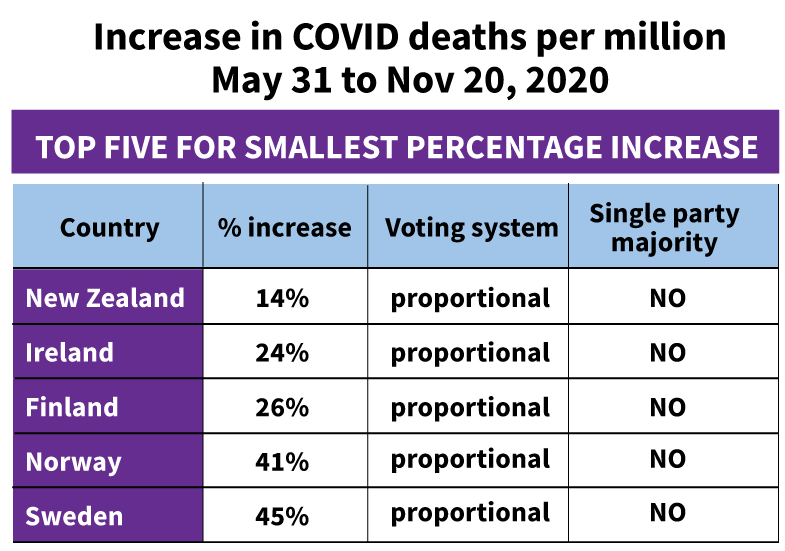 A new study released this month identifies proportional representation as a key factor in better outcomes on COVID-19.

Among their key findings:

Specific political system features, including proportional representation electoral systems and the absence of a strong single-party majority, were consistent features of the most successful national responses.

The authors had this to say about the connection between voting systems and COVID-19 response:

“The strongest, and least anticipated, findings come from the political characteristics. The clear linkage between resisting the initial wave of the pandemic or successful recovery from it are strongly associated with proportional representation, and with the likelihood of having a coalition government and of a female prime minister.”

This link between proportional representation and better population health reinforces the findings of previous researchers (see highlights of previous studies below).

When good governance can make the difference between life and death, isn’t it time to follow evidence-based policy on electoral reform? 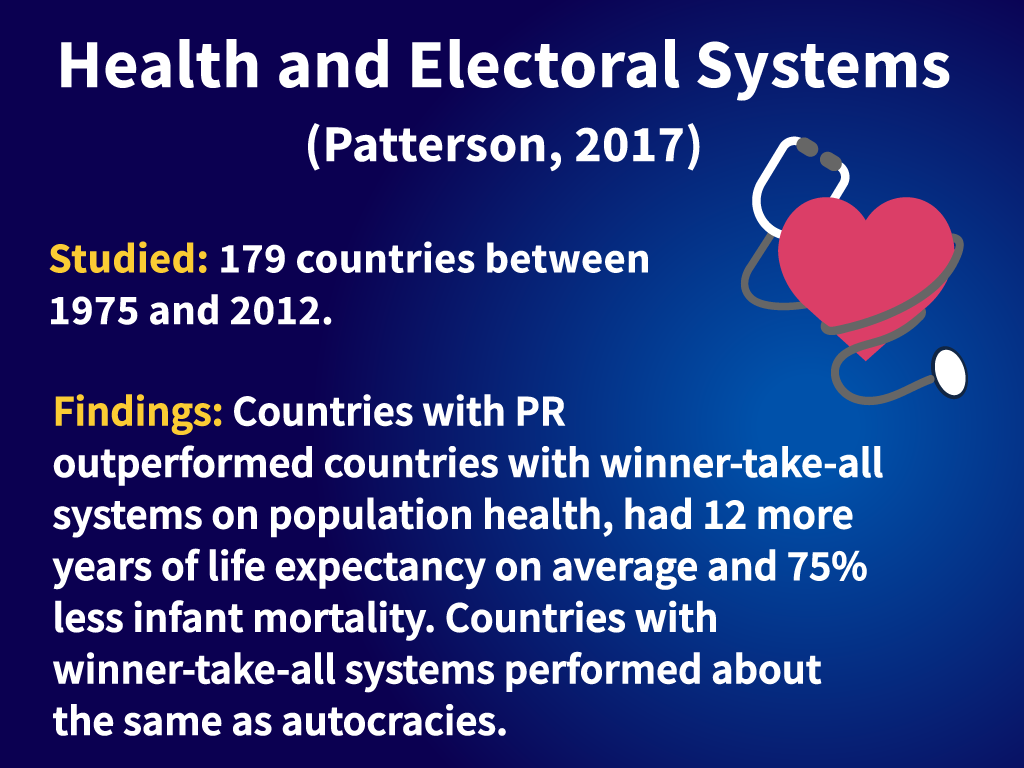 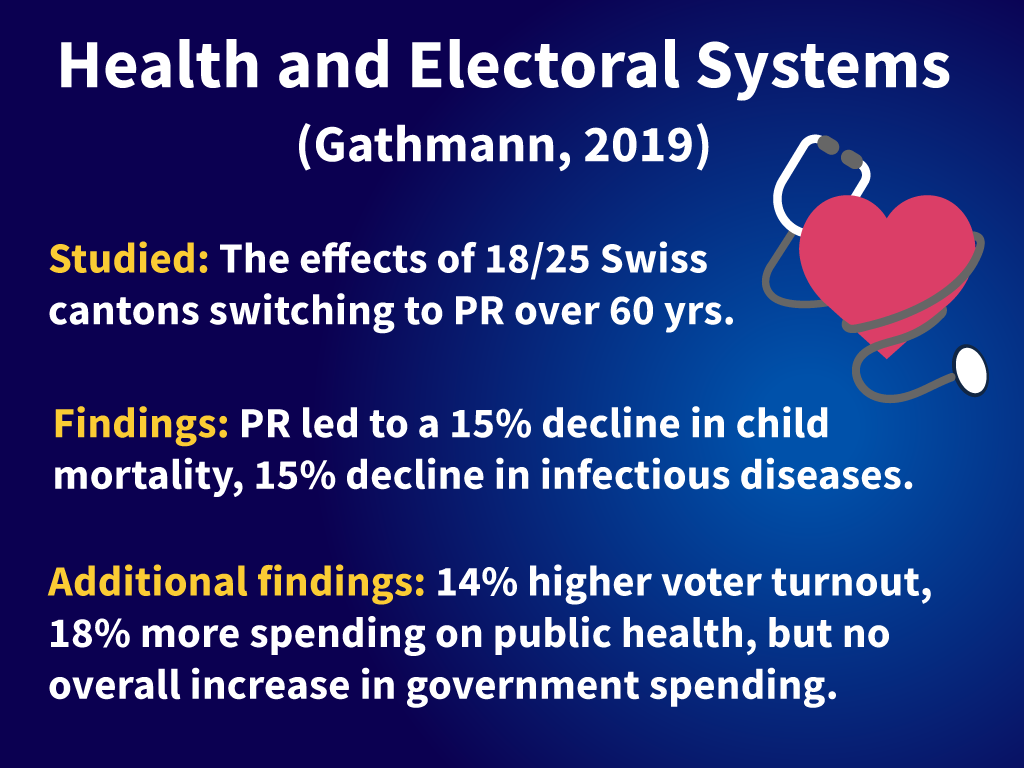 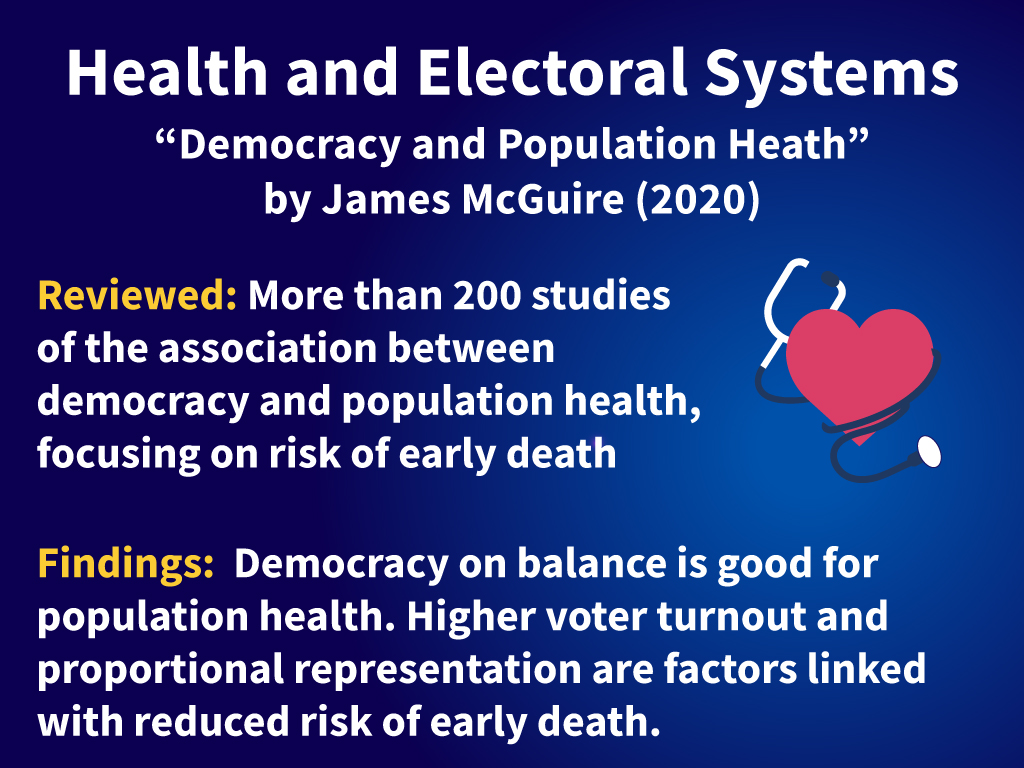