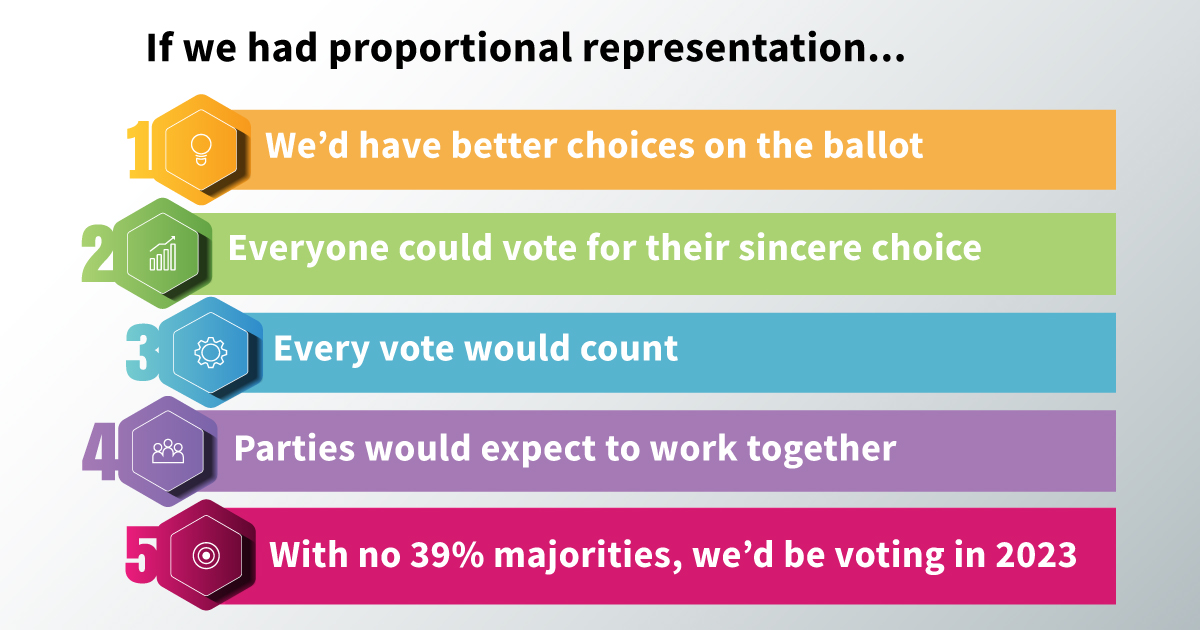 Canadians want action on electoral reform more now than ever—but it’s not in the Liberal Party’s long list of promises.

Reading the Liberal Platform, you wouldn’t know that the House of Commons Procedure and House Affairs Committee—including the Liberal MPs—just voted to study a National Citizens’ Assembly on Electoral Reform.

This is a deeply disappointing and unacceptable omission. Canadians want leadership. 80% of Canadians support a National Citizens’ Assembly on Electoral Reform.

The only reason we’re having this snap election is because with our winner-take-all system, a party with 39% of the vote can grab 100% of the power.

When the results come in, no matter what they are, it’s guaranteed that about half the voters in Canada will have cast a ballot that had absolutely no impact on the outcome. They “had their say”, but their voices were not heard with first-past-the-post.

Citizen volunteers are taking matters into their own hands this election, delivering over 250,000 door hangers in ridings across Canada. They are letting other voters know that MPs just voted to study a National Citizens’ Assembly on Electoral Reform. Voters want a commitment to action!

Fair Vote Canada, the grassroots citizens’ advocacy group for proportional representation, will be running TV ads reminding parties that Canadians want to make every vote count. All that stands in the way of electoral reform is 100 years of political self-interest.

A National Citizens’ Assembly on Electoral Reform is a way to take electoral reform out of the hands of the parties with vested interests and put it in the hands of informed citizens. 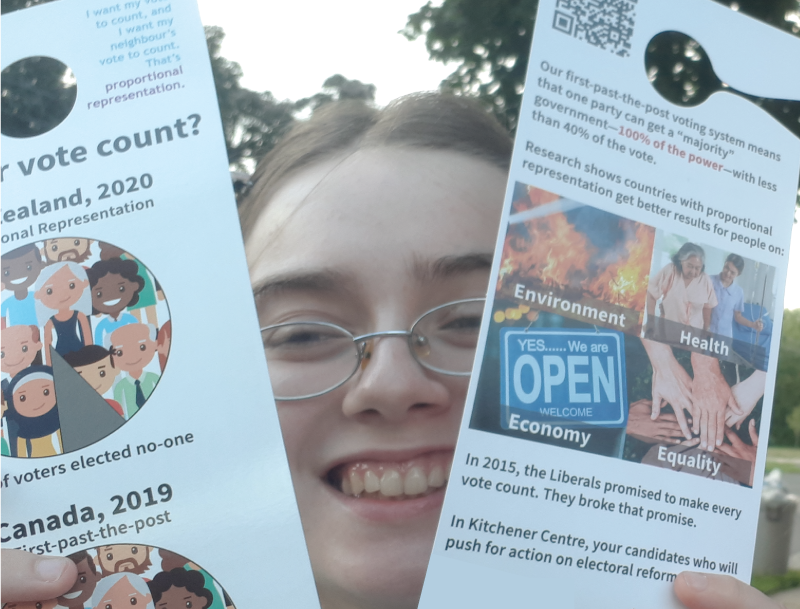 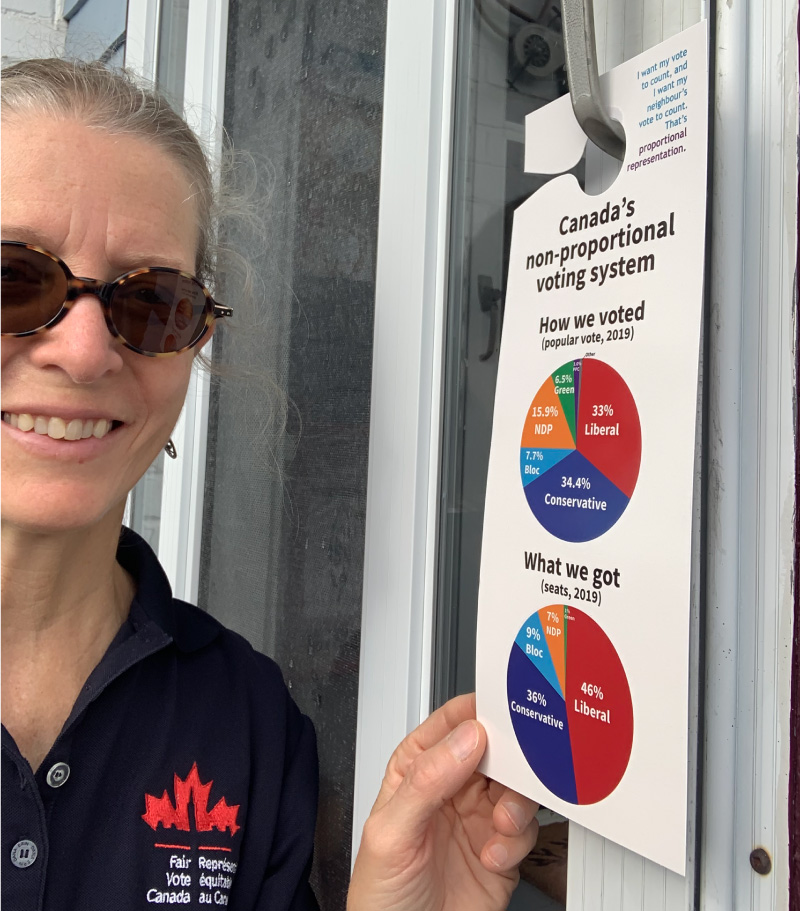