A King is Crowned: one-party rule returns to Parliament Hill? 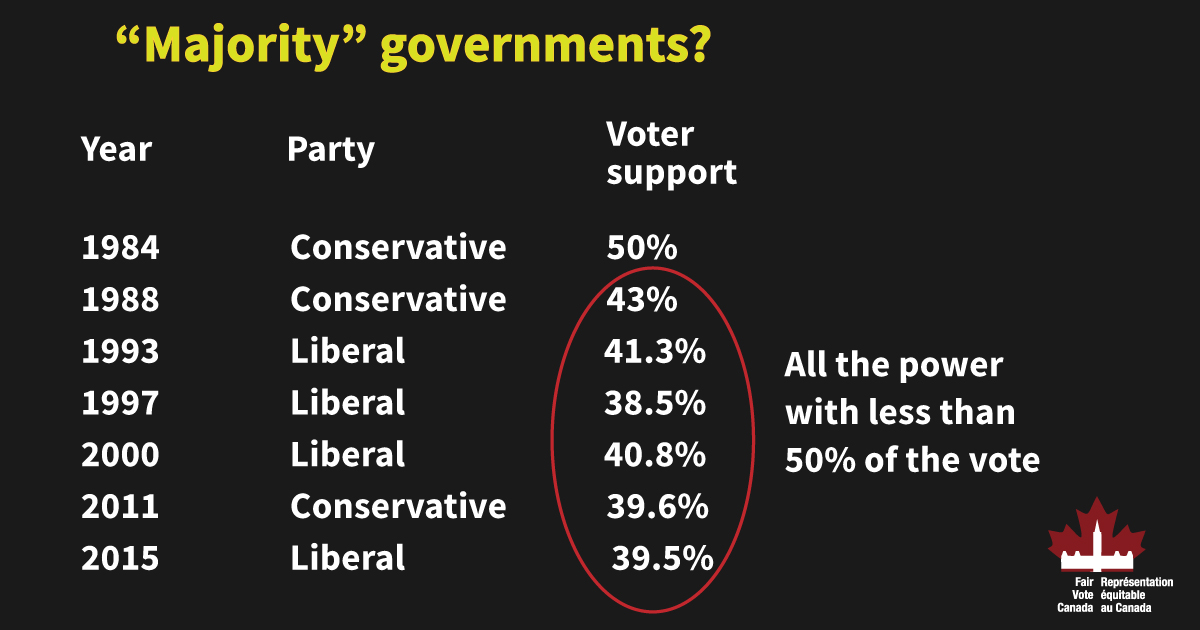 A King is crowned: one-party rule returning to Parliament Hill?

338Canada (a polling and projection site run by Philippe Fournier) has a new tool for Canadians: the federal election simulator.

By dragging the popular vote slider back and forth, then watching the seat counts change, you can explore just how messed up our electoral system really is.

According to the simulator, if a federal election were called today, the Liberals would probably win a “majority” government 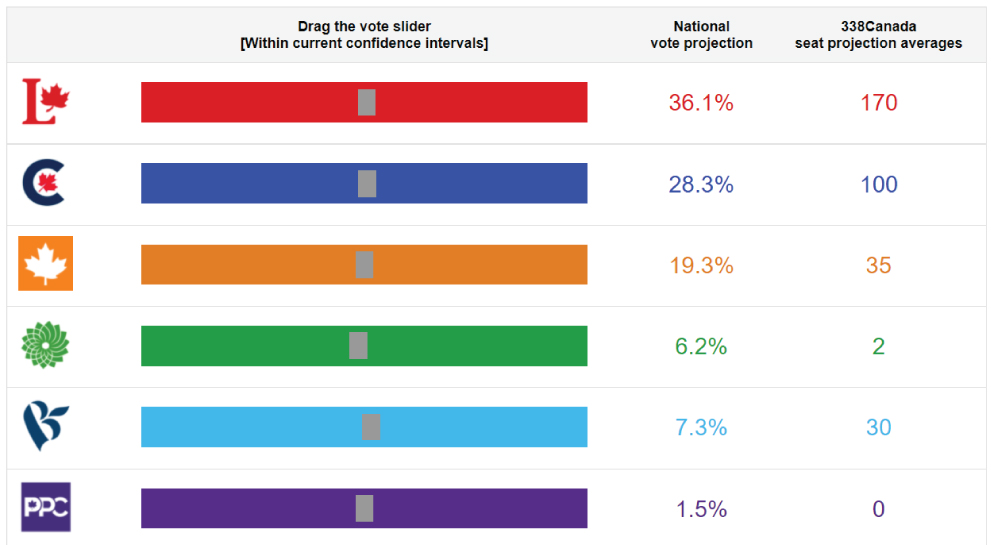 Does that sound like a good justification to call an unnecessary election a full two years early?

If the whirlwind of recent government spending announcements is any indication, the party hacks driving the bus think the answer is obviously YES.

False majority governments (or “seat majorities”) have long been the norm with our archaic, non-proportional voting system.

No party has won a majority government with over 50% support from voters since 1984.

The Liberals haven’t earned a true majority of  voter support since 1949—but that hasn’t stopped them from grabbing all the power time and again!

Tyranny of the minority is a feature of first-past-the-post.

Locked out of power: a nation of unequal voters

In 2019, the Liberals formed a minority government with just 33% popular support. It was the lowest level of support for a governing minority at the federal level in Canada’s history.

Over half of Canadian voters cast wasted votes—they didn’t elect anyone.

But at least the governing party had to compromise with other parties, giving non-Liberal voters a voice in the decisions that impact their lives.

Now that a mere 3% more Canadians may be prepared to vote Liberal compared to 2019, the modest influence that non-Liberal voters have had over policy in the past two years is set to evaporate.

Do most Canadians want to reward the Liberals for their pandemic performance  with 100% of the power?

No. But our system will.

Towards fairness, cooperative government, and ditching our non-proportional voting system

Instead of 33% or 36%, here’s a number politicians and media could pay some attention to:

That’s the percentage of Canadians who told Leger polling last year that they support a National Citizens’ Assembly on Electoral Reform to fix our broken voting system.

A citizens’ assembly would get electoral reform out of the hands of politicians, where it has been butchered, abandoned, or studiously ignored by power-hungry politicians for 100 years.

On June 22, 2021, three parties (the Liberals, the NDP and the Bloc) all voted YES in a Committee of Parliament to conduct a detailed study of a National Citizens’ Assembly on Electoral Reform.

Yet history may one day show it was the most important vote of the past two years.

The electoral system determines which Canadian voters are represented—and which are not. Which voters have any power—and which do not. Who is at the decision-making table—and who is shut out.

As Jody Wilson-Raybould laid out this week in her scathing departure letter, a passionate and determined push from citizens can drive transformational change in our politics. “Canadians need to lead our leaders. “

A National Citizens’ Assembly on Electoral Reform is the right place to start.

* While polling can be wrong, in the last seven elections, 338Canada has correctly predicted the overall outcome (which party forms government, with a minority or majority) 100% of the time. 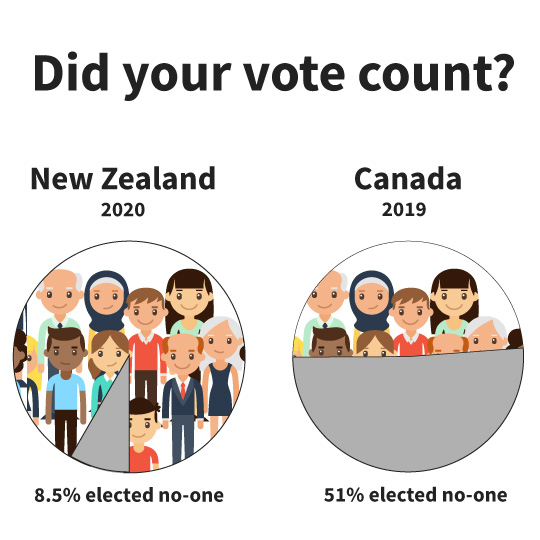