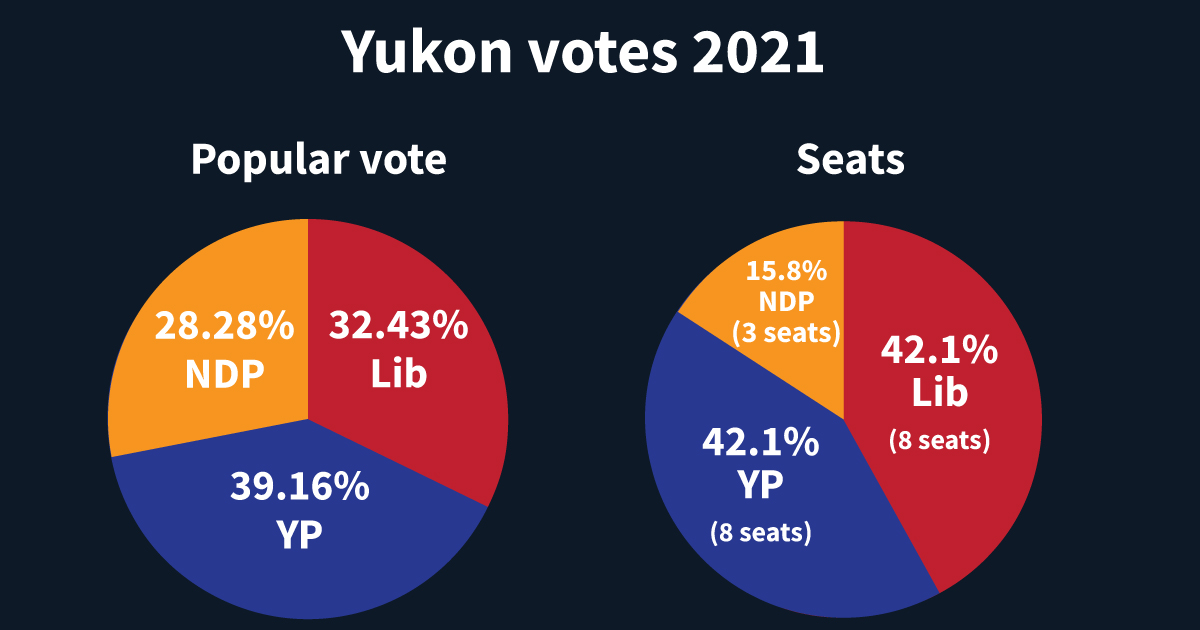 Yukon’s election has delivered a stark lesson in the failings of first-past-the-post―and a golden opportunity for action on electoral reform in a minority legislature.

Electoral reform was on the agenda in the last legislature, but the “independent commission” was a boondoggle, with accusations that the Liberals had stacked it with their cronies.

Public consultation revealed strong support for proportional representation, with 61.5 percent of respondents saying “options to ensure our electoral system captures the intentions of voters as well as possible” were the top priority. Sadly, but unsurprisingly, no changes were made.

The Yukon Liberals pledged in this election’s campaign platform to:

“This election underscores the urgent need for electoral reform in the Yukon,” says Fair Vote Canada Executive Director Anita Nickerson. “Clearly, the voting system has failed citizens. The process set up by politicians in the last election to address the issue ran into a wall of partisan self-interest. Fair Vote Yukon is calling for a Yukon Citizens’ Assembly on Electoral Reform. It’s time for evidence-based decision making, and we know we can trust citizens and experts, working together, to lead the change.”