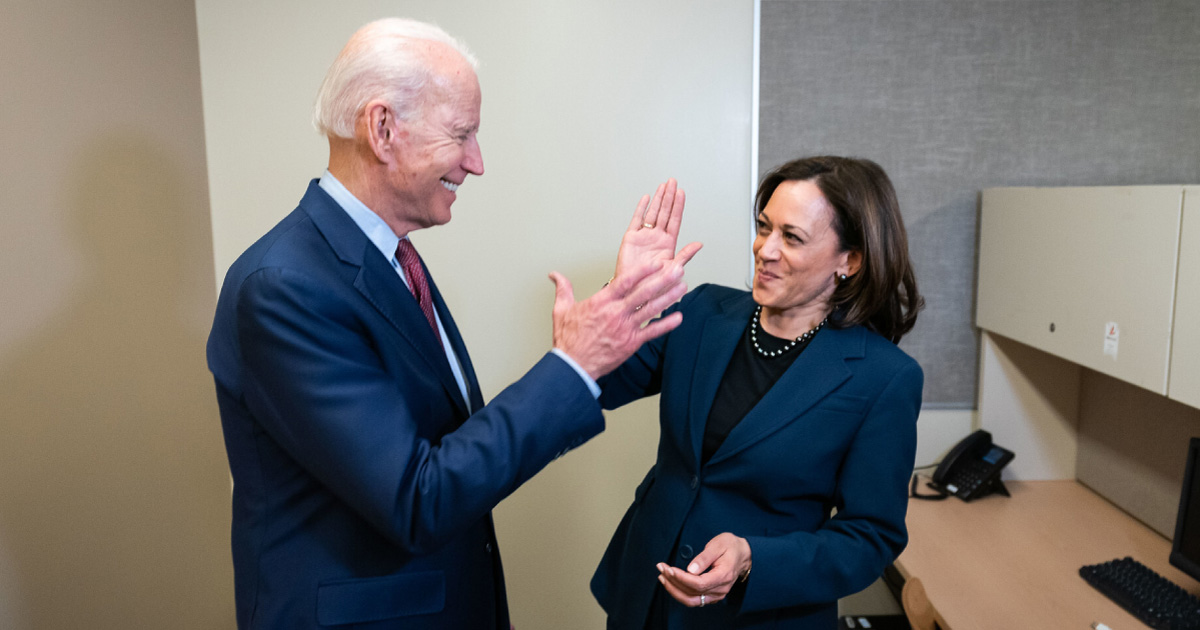 You could almost hear millions of Canadians breathe a collective sigh of relief on November 7th, 2020, when Joe Biden was declared the next President of the United States.

It had been a grueling four years. 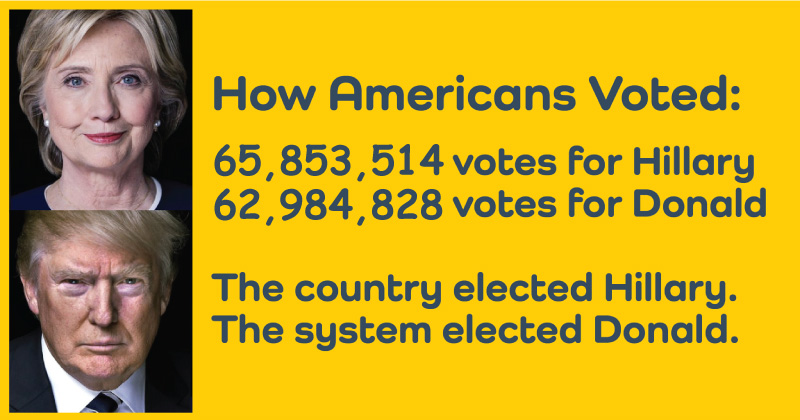 Trump’s tenure began and ended with a nation divided and polarized along partisan lines to an unprecedented and frightening degree.

As just one example, a poll taken shortly before the 2020 election showed nine out of ten Democratic voters thought the effort to contain the pandemic was going badly. Only one in ten Republican voters agreed.

Neighbours are living side by side in two alternate partisan universes.

This chasm between people is the worst outcome of winner-take-all voting systems.

Biden’s election night speech was a familiar refrain. To “heal” the nation by working together across party lines:

“And if we can decide NOT to cooperate, then we can also decide TO cooperate. And I believe that this is part of the mandate from the American people. They want us to cooperate.”

If it sounded like music to your ears, it’s because that’s precisely what Canadians want, too:

A whopping 97% told pollsters this fall that they want a democratic system that encourages parties to work together in the public interest.

Canadians can’t be complacent about democracy

As Canadians, we are often quick to congratulate ourselves for being “different” from our neighbours to the south. Yet we are not immune to many of the same forces that produced the intractable mess in the United States.

When the pandemic hit, declining levels of public trust in Canadian governments took a sharp u-turn. In some provinces, government approval ratings went through the roof. Suddenly, we were “all in it together”—behind whatever leader was filling the chair.

Politicians leading minority governments were quick to capitalize on their pandemic-caused popularity by calling snap elections to seize false majorities.

Common sense says this high level of trust in politicians and cohesion among voters is temporary. The edges are already beginning to fray.

Social media bubbles and misinformation campaigns can fuel blind partisanship in Canada, too. Quickly, the “other” becomes the enemy to overcome – instead of the neighbour to understand.

A 2019 study by McGill found political polarization is deepening in Canada.

The study also found that polarization doesn’t just affect how we view parties. It means we look negatively at ordinary Canadians who belong to the “other” group.

The McGill study wasn’t the first to sound the alarm. EKOS reported just a year before the pandemic hit that Canadian attitudes towards immigration have been becoming more polarized for a long time.

To the point where we are now “massively” divided along partisan lines on an issue that could be a flashpoint when the effects of climate change hit hard.

Winner-take-all voting is a breeding ground for divisive, polarizing politics

Wrong winner elections are unavoidable in countries with winner-take-all voting systems― including Canada.  And majority governments with 39% of the vote are the norm. These are among the reasons that New Zealand decided to switch to proportional representation 25 years ago. And the Kiwis haven’t looked back.

Unlike the United States, Canada hasn’t been a two-party system federally since 1921.

Yet our voting system just wasn’t built for diversity and inclusion.

Winner-take-all voting in Canada wildly distorts election results, fosters regional divisions and animosity, and hands power back and forth between only two parties—even when strong majorities didn’t vote for them.

As Andrew Coyne aptly warned after the results of the last federal election:

“If we were trying to come up with a way to divide and destroy the country, we could hardly do a better job of it than the first past the post system.” 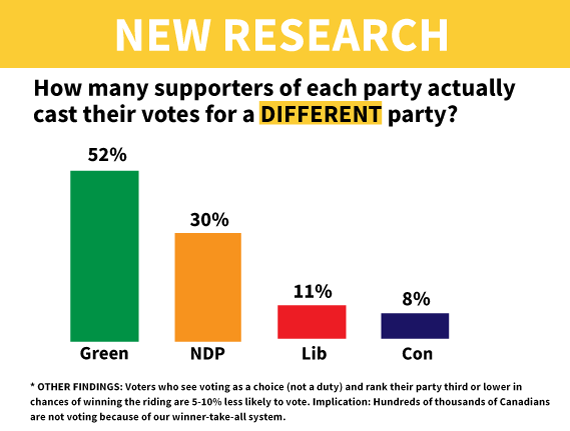 A new study released last week by Fred Cutler, Antony Hodgson and Alexandre Rivard of UBC shows just how dismal and disempowering our winner-take-all voting system really is—and how urgent it is that we fix it.

Among their key findings:

It begs the question: How can we know what most voters truly want for Canada’s future when so many feel forced to choose the  lesser of two evils—and the makeup of our Parliament fails to reflect how Canadians really feel?

In the last federal election, over 9 million voters—the majority—cast votes that made no difference to the outcome.

Only proportional representation will change this.

Unless concrete steps are taken to revive and strengthen our democracy, we could find ourselves in a political world a lot closer to the United States—a lot sooner than we think.

Joe Biden’s words to America on November 7 should resound in Canada as well:

“We lead not by the example of our power, but by the power of our example.”

On electoral reform, it’s time for citizens to lead the way. The politicians just can’t do it alone: It’s like asking the turkeys to plan Thanksgiving.

But our government can set the wheels in motion for a citizen-driven process.

Backed by notable Canadians like Kevin Page—our former Parliamentary Budget Officer and CEO of Institute of Fiscal Studies and Democracy—citizen-led processes are at the cutting edge of deeper democracy. A groundbreaking OECD report released this year shows how 279 of them have been used to drive progress on tough issues around the world.

This is not the time to stand still and hope. It’s time for citizens to take the reins.

With a minority Parliament, there’s no better time than now.

Send a holiday message to Justin Trudeau about electoral reform!