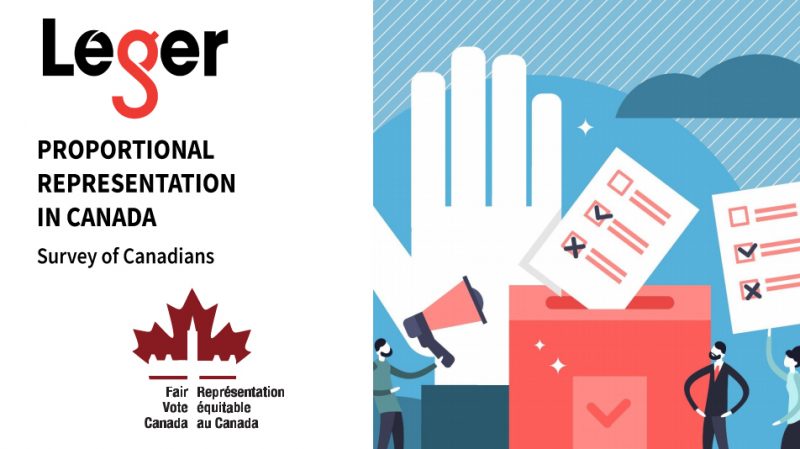 A whopping 93% of Canadians believe that improving our democracy is important to achieving lasting change post-COVID, according to a new Leger poll commissioned by Fair Vote Canada.

Even during a pandemic, 80% of respondents support the idea of striking a non-partisan, independent citizens’ assembly on electoral reform where regular people learn and consult with more Canadians and experts and make recommendations to the federal government.

The poll showed 76% support moving to proportional representation, while 24% oppose it―a number that has stayed remarkably consistent over time.

“First-past-the-post politics―adversarial, partisan strategizing amid threats of an election―take so much energy from our elected reps” says Fair Vote Canada Executive Director Anita Nickerson. “Yet this poll shows 74% of voters, including 76% of Liberals, support a commitment by the political parties in Canada’s House of Commons to commission a national citizens’ assembly on electoral reform this fall.”

“Canadians know that policy stability is critically important to our long-term recovery,” says Nickerson. “Our current system encourages flip flops every time a new government is formed, so it’s hard to plan further than 4 years. With a minority, the threat of a radical shift in direction is even more acute. We need to break out of the thinking that all we can focus on is the pandemic―Canadians still expect the government to get things done.”

The electoral reform process ended in 2017 with the Liberals recommending that “the Government further undertake a period of comprehensive and effective citizen engagement before proposing specific changes to the current federal voting system. We believe that this engagement process cannot be effectively completed before 2019.”

The NDP platform in 2019 promised an independent citizen’s assembly to recommend the best way to implement reform. “So there is common ground on how to move forward on this issue,” says Nickerson.

Jagmeet Singh told Fair Vote Canada’s AGM May 29, 2020: “We don’t want to go back to normal. Normal was an electoral system that denies people the ability to participate fully so their voice is heard.”

Fair Vote Canada is a grassroots citizens campaign for proportional representation with a long history of electoral reform expertise and locally-driven campaigns. 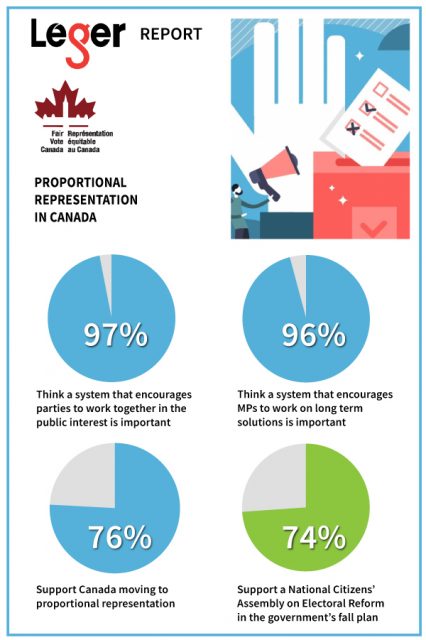