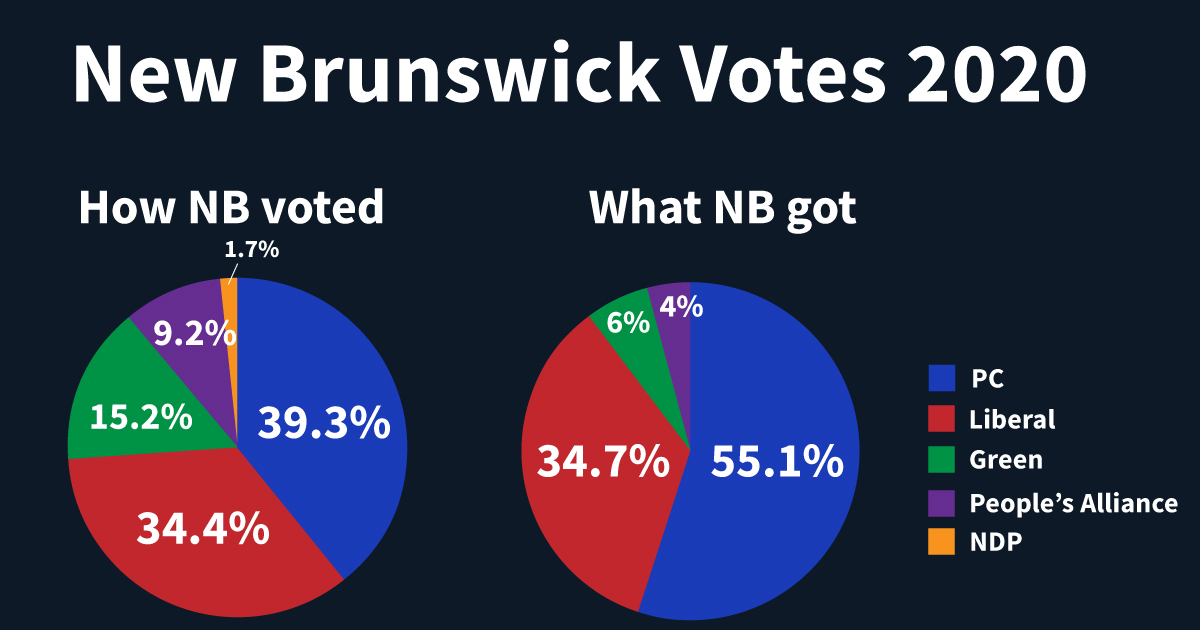 PC Premier Blaine Higgs gambled on a snap election during a pandemic and it paid off, thanks to first-past-the-post. With 39.3% of the popular vote, Higgs PC’s will form a false majority government.

New Brunswick’s famous linguistic divide would have largely disappeared. Instead of the PCs winning none of the 12 northern seats, they would have elected three MLAs there.

With a result reflecting how voters voted, the 20 PC MLAs could have continued to govern cooperatively with the seven Green MLAs or the five Peoples Alliance MLAs who would have been elected under the regional proportional model recommended by New Brunswick’s Commission on Legislative Democracy in 2004. All four parties could have continued the all-party cabinet committee that has been dealing with the pandemic response.