First-past-the-post has delivered another political fiasco—and a new election.

Blaine Higgs and every other party leader in New Brunswick agree that political stability is needed right now, to meet a second COVID wave and to plan an economic recovery.

So why are New Brunswick voters being forced into an unnecessary snap election?

A minority government is not the problem—the winner-take-all voting system is.

First-past-the-post incentivizes political games. When polls show one party can win all the power with just 40% of the vote, the polls become all-powerful. Power-seeking replaces the public interest.

How did a record of productive cooperation—a working minority government—suddenly hit the dumpster in record time, less than two years?

There are piles of blame to go around.

Higgs’ offer to the other parties to make an all-party agreement giving them input into the legislative plan, even offering to make them Ministers, was commendable.

As Green leader David Coon stated, he found the premier was sincere in trying to do something “creative”.

Higgs’ ultimatum to make a deal in 3 days or face an election came across, to Liberal leader Vickers, like “a gun to the head,” so he walked out.

But Higgs didn’t need to threaten an election to seek deeper cooperation from the other parties. The all-party COVID-19 committee was widely praised and did an admirable job. The foundation was there to build on–and it appears some of the parties were open to a deal.

The power-seeking incentives to “roll the dice,” and finger-pointing adversarial politics built into our winner-take-all voting system, helped sink what could have been an historic step forward.

The 2018 election—when the Liberals earned more of the popular vote yet the Conservatives got more seats—underscored the need for electoral reform.

The consequences of political failure to act on the solid recommendations of Lord’s commission are coming home to roost for voters. Again.

Voters who want stability, cooperation, fairness and governance in the public interest must demand a plan for electoral reform from each party this election. 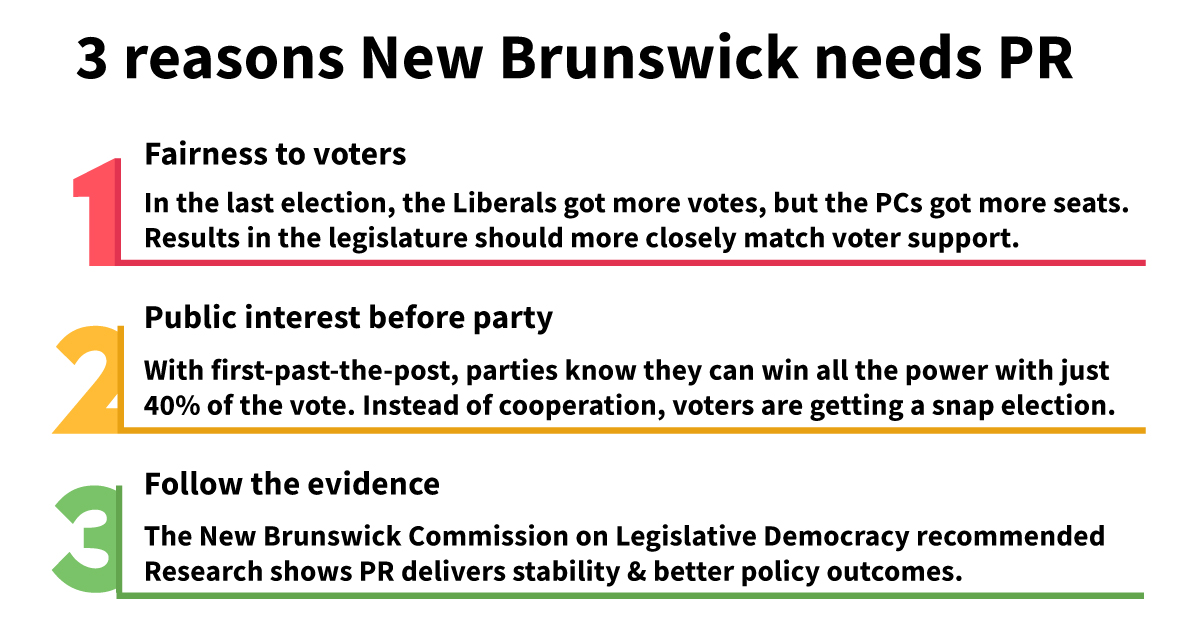