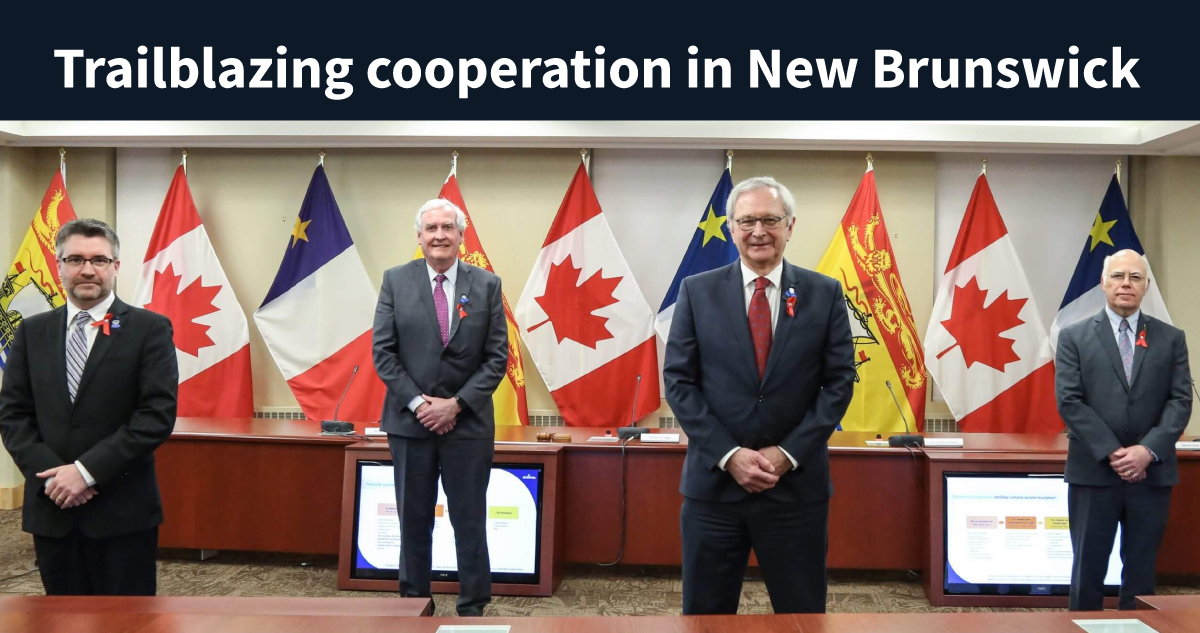 Today’s proposal from the Premier includes:

Higgs has even said he could make some of the other partys’ MLAs Ministers in his cabinet. 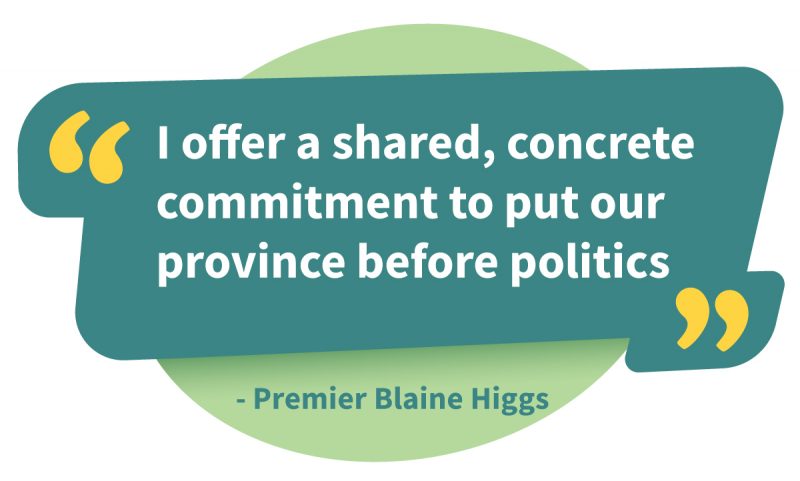 This level of cooperation with first-past-the-post is astounding.

But it makes good sense!

In the last New Brunswick election, voters clearly did not want to hand the keys to any one party.  Blaine Higgs’ governing Conservatives got only 31.9% of the vote. Working together on COVID, they’ve already taken cooperation for a test drive!

What makes Higgs’ offer so remarkable is that if an election was called today, first-past-the-post could deliver the Conservatives a majority government. 338 Canada—which compiles polls and makes pretty accurate predictions—gives the Conservatives a 99% chance of forming a majority. Even though they might only get 38% of the popular vote.

With such a strong lead, claims that Higgs is afraid of election sound absurd.

By calling for deeper cooperation instead of an election, Higgs is putting the interest of everyday people ahead of his party.

In most countries, this kind of cooperation is normal

a
In countries with proportional representation, parties almost always govern together. They write agreements that tell voters what they are going to do, based on what they have in common.

In Ireland, three parties have just written an ambitious agreement that will last a full five years. In Denmark, all parties just negotiated groundbreaking climate legislation.

In Canada, when no party has a majority, they all live on a knife’s edge instead. When will some power-hungry politician pull the plug and force voters back to the polls?

No wonder voters are cynical.

We know cooperation works. Simply, when they have to put their heads together, politicians make better laws for everyone.This is such common sense that a 2019 Angus Reid poll showed that 90% of respondents—and 94% of those in Atlantic Canada—want parties to work together.

That’s exactly what Higgs is offering.

Who would prefer an election? 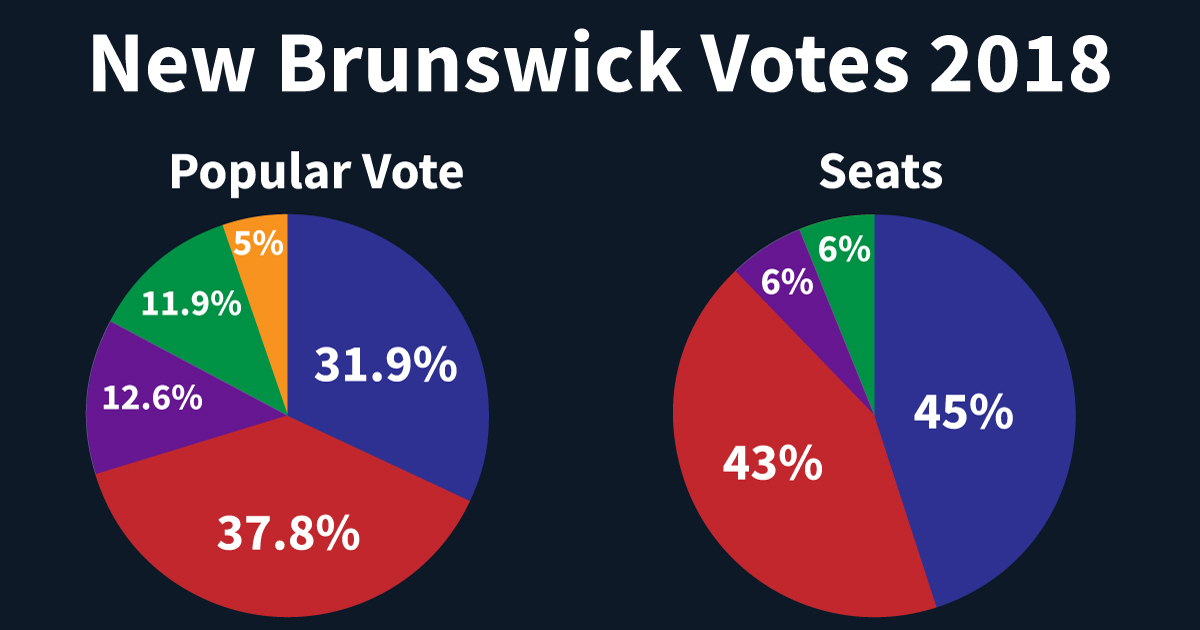