Why does this matter to Canada? There are lessons to be learned in the OECD report about how to include citizens in important policy decisions in ways that empower participants and build public trust in democracy. Fair Vote Canada is calling on the federal government to convene a National Citizens’ Assembly on Electoral Reform.

The OECD project brought together an ironclad team of practitioners, designers, academics, researchers, civil servants. It examined an awe-inspiring 289 cases around the world of citizens assemblies and citizens juries―to find out what we can learn from their success.

In all cases studied:

When to Use a Citizens’ Assembly

Deliberative processes have been used for decades, but are exploding all over the world since the success of the Irish Citizens’ Assembly. The past year alone, governments in Scotland, Ireland, the UK and France convened assemblies on challenging national policy issues such as climate change.

In September, 2019, 83% of those polled by Angus Reid supported a National Citizens’ Assembly on Electoral Reform.

In recent years, electoral reform has been stalemated or thrown under the bus by those whose self-interest is at stake. A National Citizens’ Assembly on Electoral Reform would engage an independent, truly representative group of Canadians to light the path forward.

Let’s catch the wave to a better democracy! 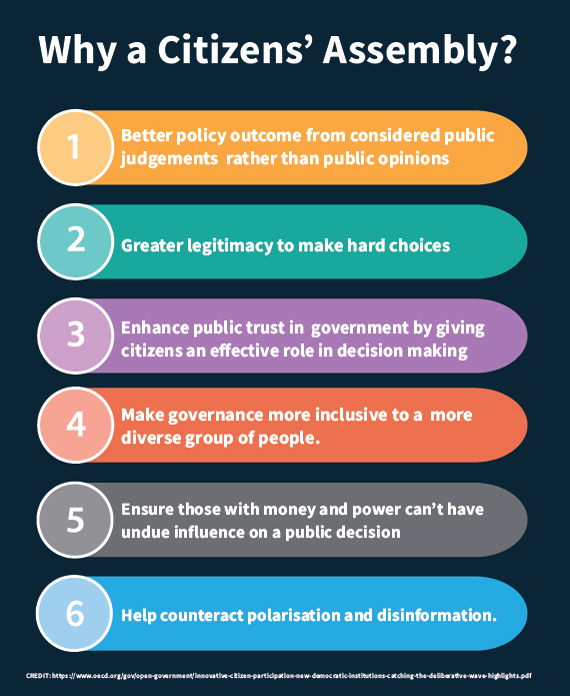