What’s COVID-19 got to do with electoral reform? 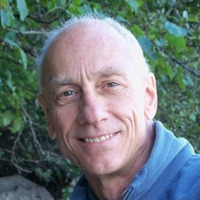 But there is more to it than that. A closer look suggests several advantages to diffusing power proportionately rather than concentrating it in one political party in a winner-take-all fashion.

Let’s begin with the obvious: concentration of power is dangerous, especially in times of crisis! Virtually all countries where democracy has been backsliding, both before or during the COVID-19 crisis, are countries with electoral systems favouring the concentration of power in one party. The most disturbing examples listed in recent reports by Vice News and the Economist include Hungary, India, the Philippines, and Turkey. All are countries with voting systems favouring one-party majority governments. Viktor Orbán’s use of the COVID-19 crisis to further concentrate power in Hungary has been called a Coronavirus coup with no sunset clause.

Canada’s democracy remains robust by comparison, but majority government rule by a single party is a problem everywhere. Thank goodness for minority government at the federal level, where an apparent power grab by the minority federal Liberals was thwarted by the opposition. This was not possible in Alberta where the government holds a strong majority. This allowed it rapidly to pass a bill empowering cabinet ministers to write new laws and create new offences during a public health emergency. Majority governments in Alberta, Ontario, Manitoba and the US have all used their majority privilege to flout environmental laws as part of their COVID-19 responses.

A second concern is for the protection of human rights. Here too, the most remarkable cases of abuse have been in countries that concentrate power in a majority government ruled by a single party. Disturbing examples have included the way that India has treated immigrant workers, the persecution of gays in Uganda, increased restrictions on the availability of abortion services in certain US states, and police abuses in Ghana, Kenya and the Philippines. Such flagrant abuses rarely appear in countries where power is shared by more than one party.

Finally comes the question of what sort of inter-party collaboration citizens expect from their government. Significantly, the best examples of cooperation in Canada come from provinces with minority governments like New Brunswick and Prince Edward Island. Federally as well, the amount of consultation among parties has no doubt been enhanced by the minority status of the government.

The questions to ask ourselves in the coming months, as the COVID-19 crisis begins to abate, are these: How can countries best insure themselves against abuses of power that undermine democracy? How can human and environmental rights best be protected? How can we ensure that the sort of cooperation across parties that we have seen under COVID-19 continues after the crisis has passed?

The answer to all of these questions seems clear. What we need is an electoral system based on Proportional Representation. Only then will our system be protected from the artificial concentration of power in a single political party.

Réal Lavergne, Ph.D. is the President of Fair Vote Canada. He lives in Ottawa and can be reached at [email protected]