To the Cliff’s Edge and Back 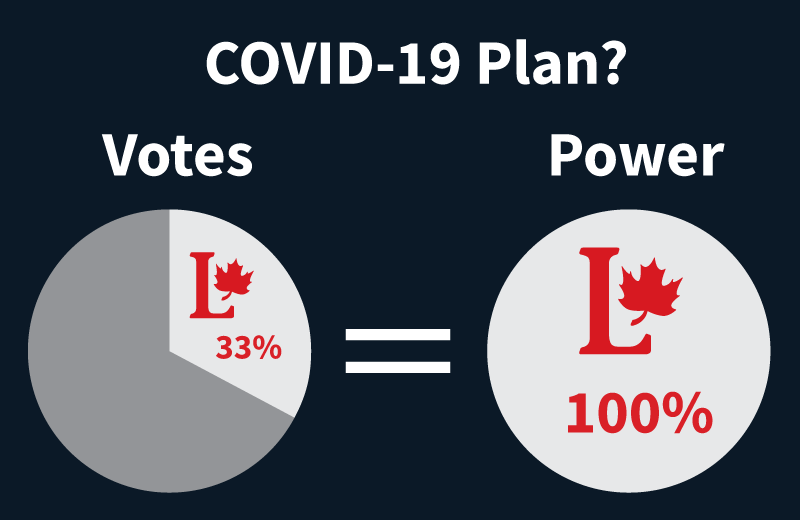 To the cliff’s edge and back

Fair Vote Canada is greatly relieved that the government appears to be backing down on its unseemly power grab in response to the COVID-19 crisis. As a movement dedicated to improving democratic governance in Canada, one of Fair Vote Canada’s main concerns is the phenomenon of false-majority governments: governments with virtually unbridled power based on a majority of seats in the House but a minority share of the popular vote. If anything, what we should be looking for are ways of working together across party lines without sacrificing government accountability.

Just yesterday, it seemed the government was poised to ask for taxation and spending powers free of Parliamentary oversight until December 2021 through an emergency spending bill. As Evan Solomon tweeted “It was an overreach, not needed and the blowback from opposition was intense.” After reviewing a draft version of the bill, Parliamentary Budget Officer Yves Giroux said that the new powers would be “unprecedented. The draft legislation would provide powers that go well beyond the initial response to COVID-19 announced last week,” Mr. Giroux told The Globe and Mail. “It seeks to circumvent Parliament, for both spending and tax, by granting extraordinary powers to cabinet and individual ministers.”

“We are grateful to the official opposition for sounding the alarm,” says Réal Lavergne, President of Fair Vote Canada. “Decisiveness does not require this sort of concentration of power. On the contrary, urgent times require greater social consensus and national unity than ever.”

“We should not compound the health and economic crisis in our country by sacrificing democratic rule and accountability. Even in wartime, the solution in democratic countries has not been for one party to grab power for itself, but rather the creation of a wartime unity cabinet such as that forged in the UK during the second world war. That’s the democratic way to proceed, and the best way to ensure a coordinated and well thought through approach.”

As Parliament meets today, Fair Vote Canada encourages our elected representatives to work together to ensure respect for democratic values, including representation of different voices, consensus building and accountability.