From the frying pan into the fire. Lessons on ranked ballot from Australia 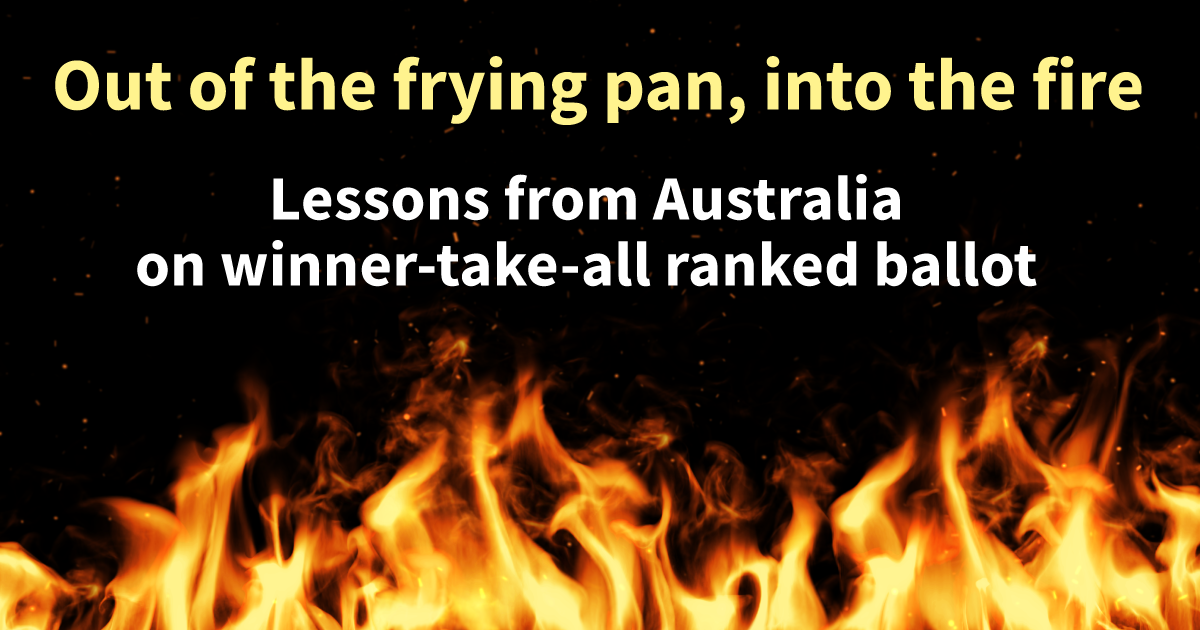 Adding a ranked ballot to first-past-the-post can make results even more distorted than now. It can make our politics more divided and hostile, and serve to block future reform. Learn more about the many serious problems with non-proportional ranked ballots here.

What can we learn from real-world experience in Australia, which has used this system for 100 years? Keep reading. 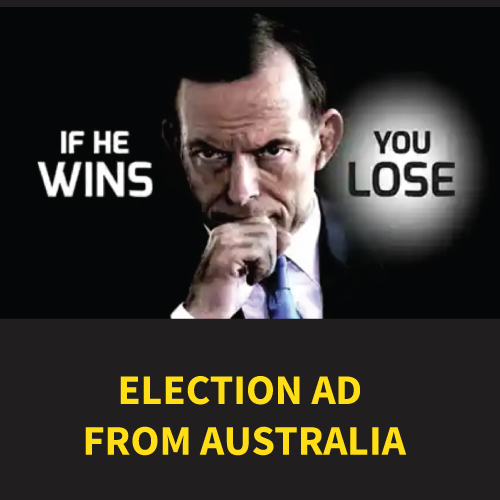 He’s not telling you the truth.

The winner-take-all ranked ballot can make politics even more hostile and divisive. 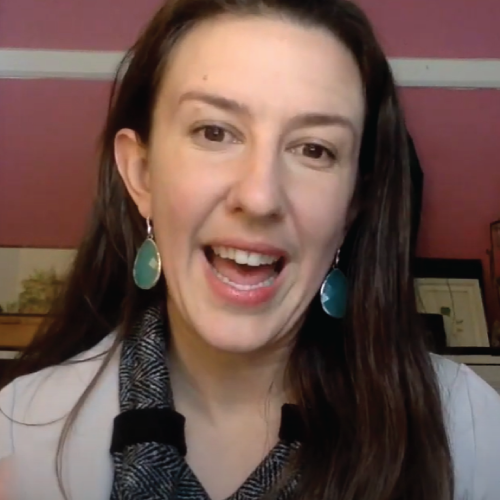 Click here to listen to democracy and climate campaigner Anna Keenan, originally from Australia, talk about what politics is really like under a winner-take-all ranked ballot and why we shouldn’t be fooled by Ontario Liberal leader Steven Del Duca. 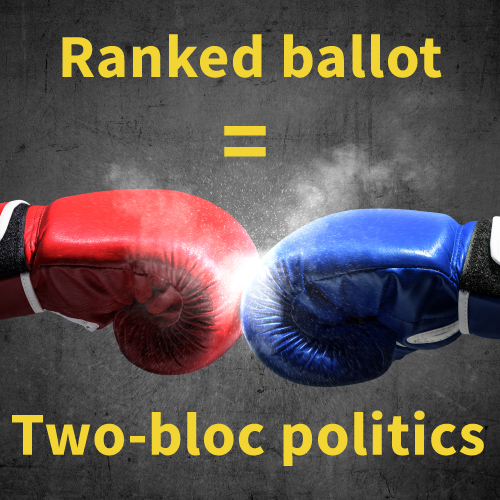 Winner-take-all ranked ballot in Australia has locked in a two-bloc system and has brought out the worst in politicians. MPs had to be booted from the legislature 400 times over two years for bad behaviour.

Click here to read our blog on impact of winner-take-all ranked ballot on Australian politics.

According to Del Duca, winner-take-all ranked ballots will “suck the poison out of the politics that we have right now” because “it won’t make sense for leaders and parties to demonize each other.”

This is not how winner-take-all systems work in the real world. The winner-take-all ranked ballot, by funneling votes to the larger parties and driving us closer to a two party system, can make politics even more hostile and divisive. See some examples from Australia below and judge for yourself. 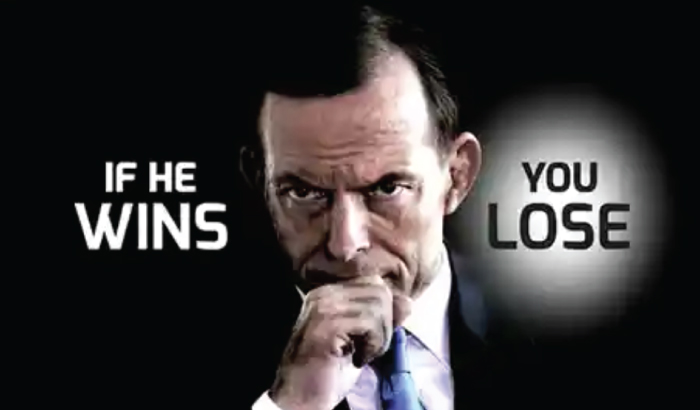 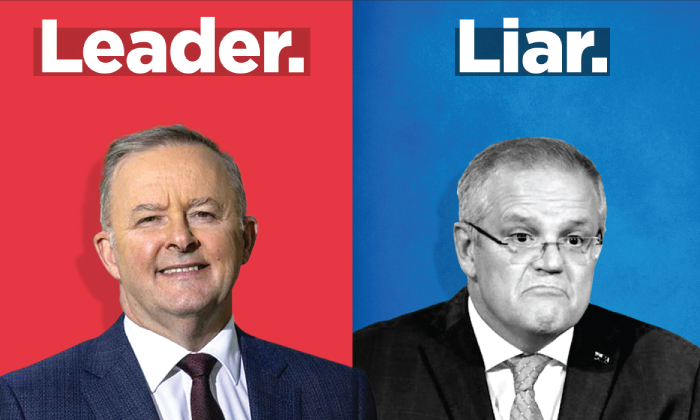 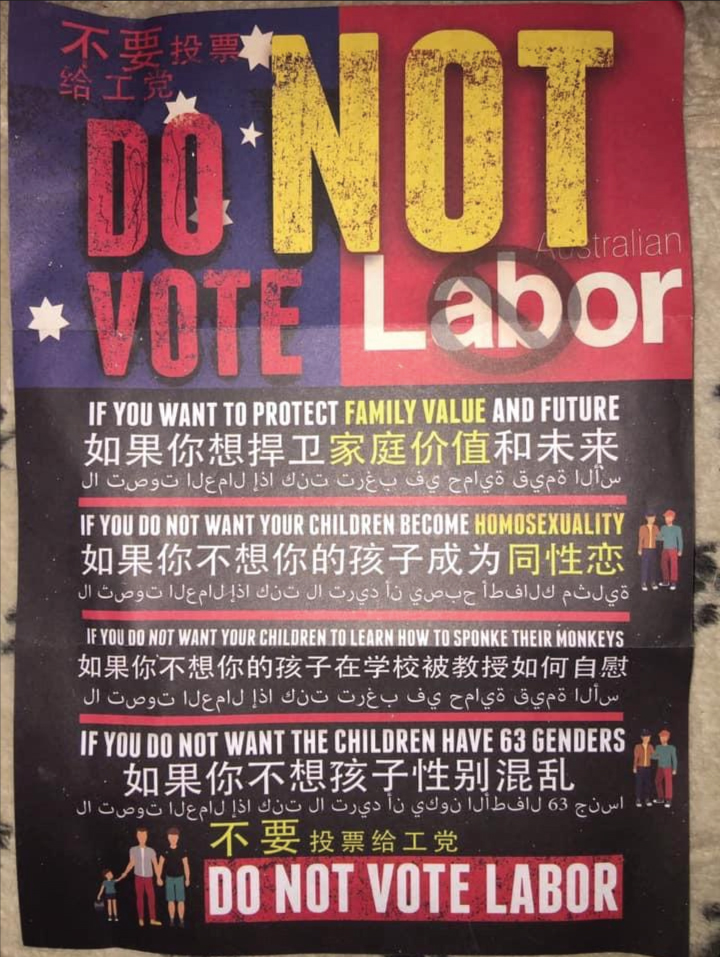 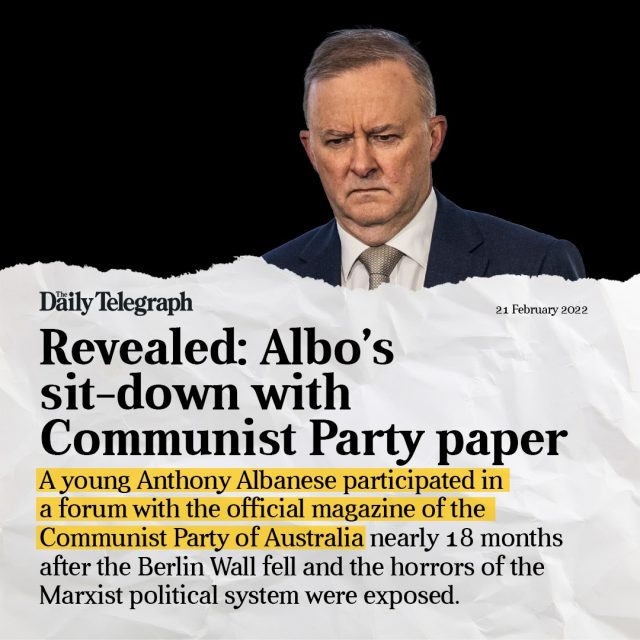 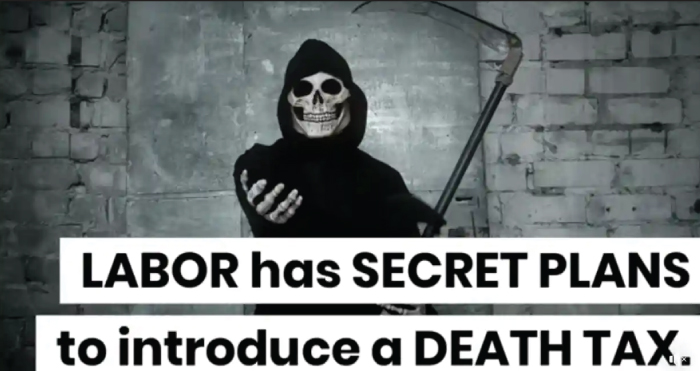 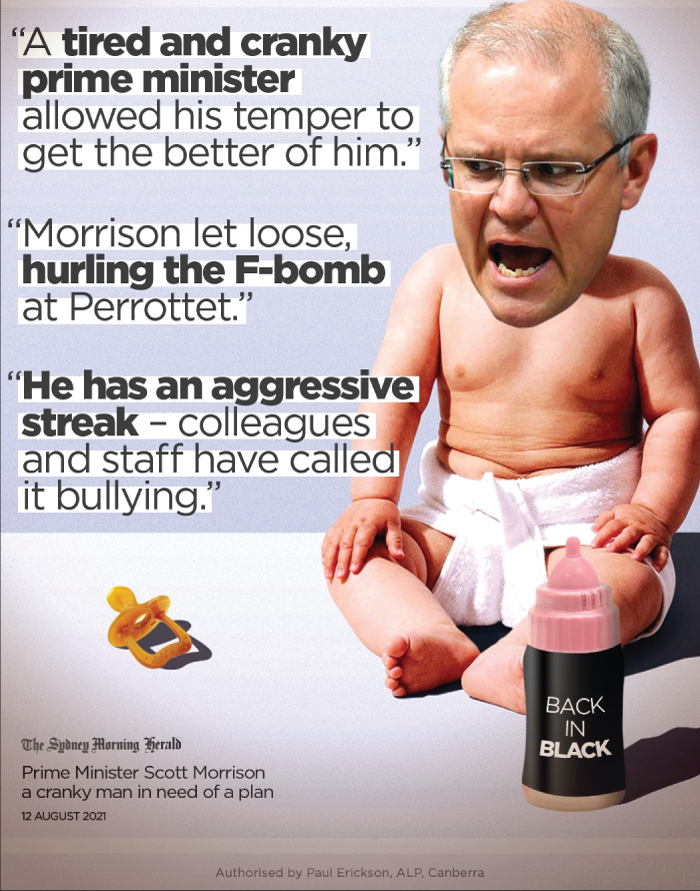 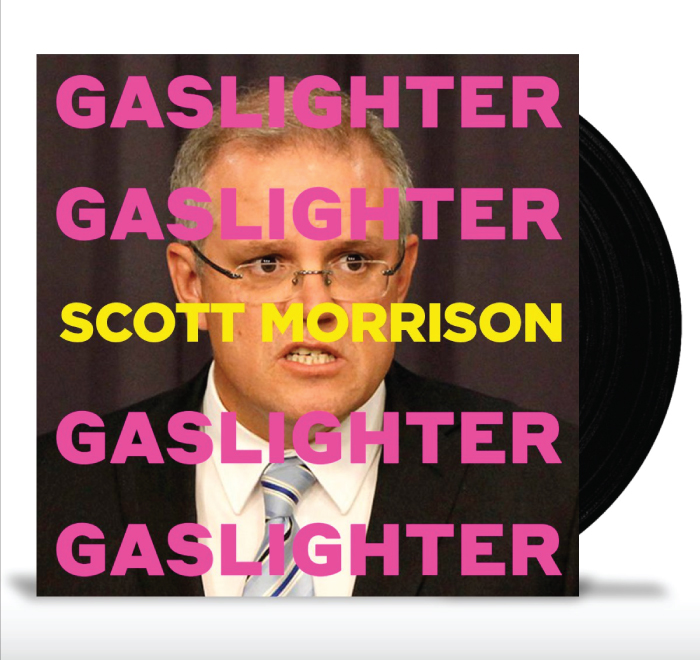 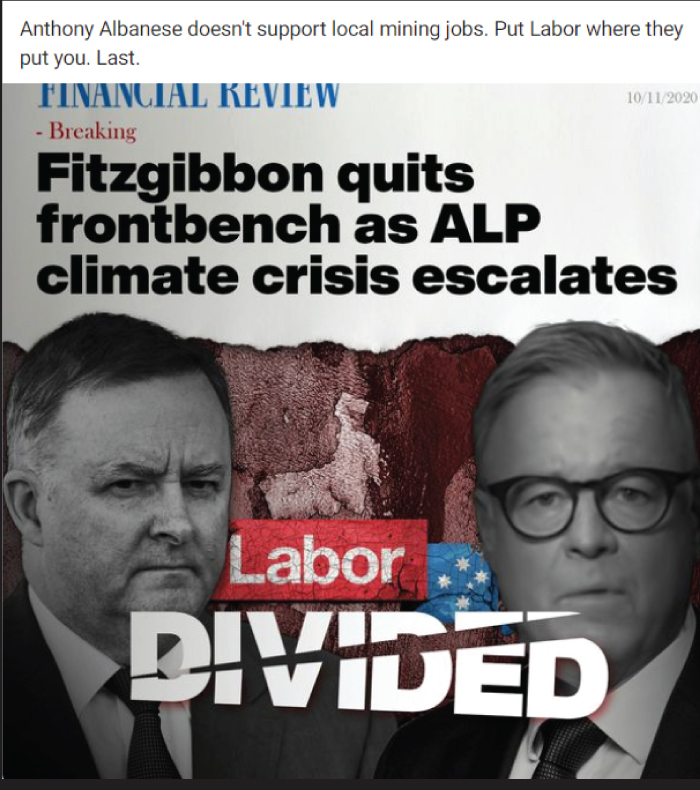 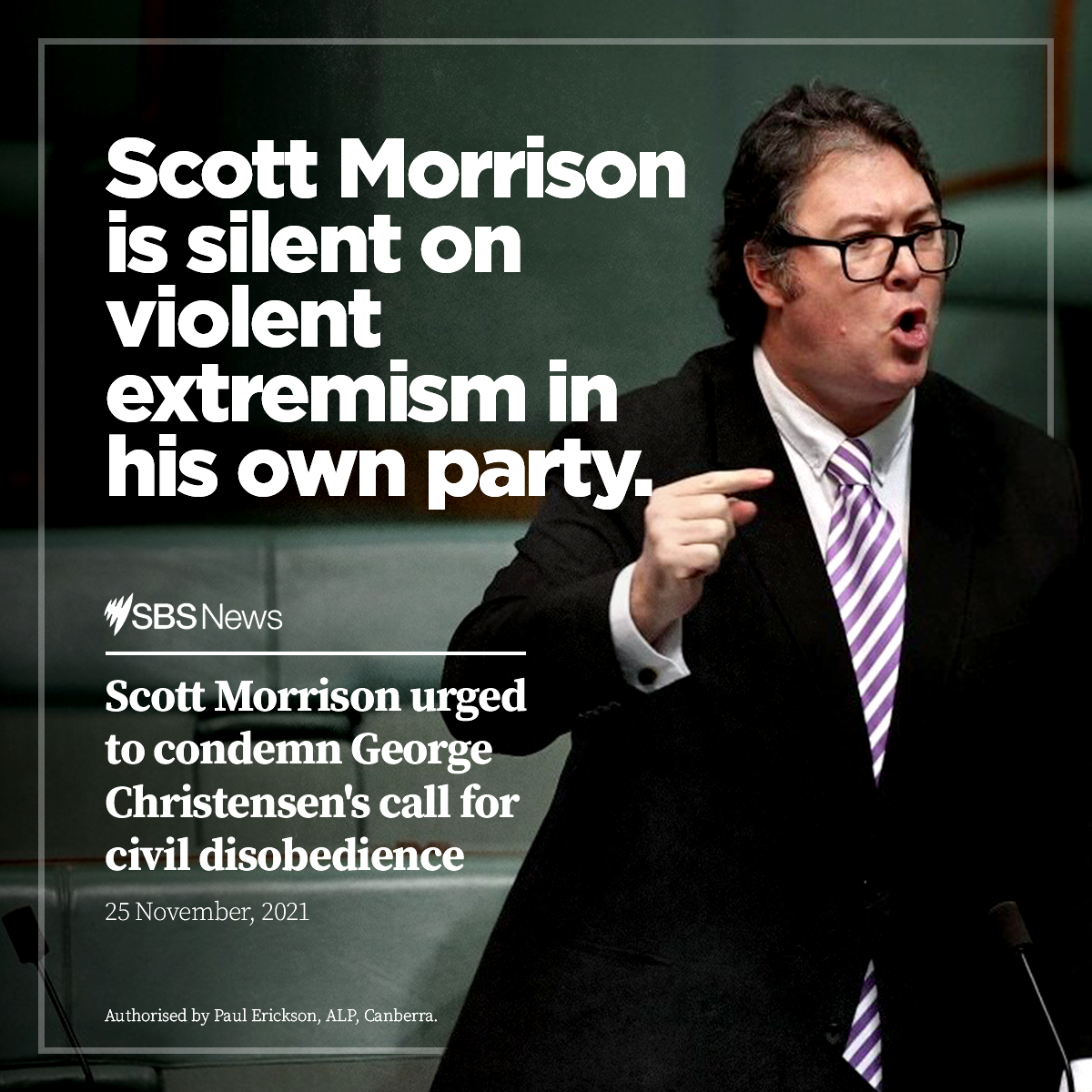 Blog: Out of the frying pan, into the fire: Lessons from Australia

Only two countries in the world use Alternative Vote (winner-take-all ranked ballot) to elect their lower houses—Australia and Papua New Guinea.

By contrast, over 90 nations use proportional representation—including over 80% of countries in the Organization for Economic Cooperation and Development, which represents 80% of world trade and investment.

Let’s focus on Australia—a country with much in common with Canada.

What is the result of the winner-take-all ranked ballot in Australia today?

The Alternative Vote in Australia has produced an intractable two-party system: Labor and the Liberal-National Coalition.

The conservative Liberal-National “coalition” is a permanent one. Formed in 1923, this is not the kind of “coalition” referred to in proportional systems, where distinct parties may work with different partners in government.

No other party but the big two have ever been part of a government.

Voters for Third Parties and Smaller Parties Are Almost Shut Out

Although voters are free to rank their preferences any way they want, voters for third parties are almost entirely shut out.

As John and Hargreaves (2011) note: “Alternative Vote is also unique in its tendency to direct votes into seats for the two established major parties and prevent the success of new movements and parties, especially moderate parties”, producing “a rigid, adversarial, two-party system.”

Winner-take-all voting in Australia has produced right-wing governments in 32 of the last 50 years (64%). Three of those governments were wrong-winner outcomes, resulting in the opposite of voters’ intent (when the right formed government despite winning less of the popular vote than the left).

The current government received 41.44% of first preference votes, yet is not required to compromise with any other party.

Even worse, expert testimony to the Canadian federal Electoral Reform Committee and the report of Jenkins Commission (the Independent Commission on the Voting System) in the UK showed that Alternative Vote can produce election results more distorted than those under first-past-the-post – giving even bigger seat bonuses and inflated majorities to the winning party.  As Towns (2021) notes, “This propensity to exaggerate the victory of the winners also leads reformers to oppose AV.”

This propensity was clearly on display in Australia in 2021 when a single party in Western Australia (left of the picture below) got 60% of the vote but picked up 90% of the seats. 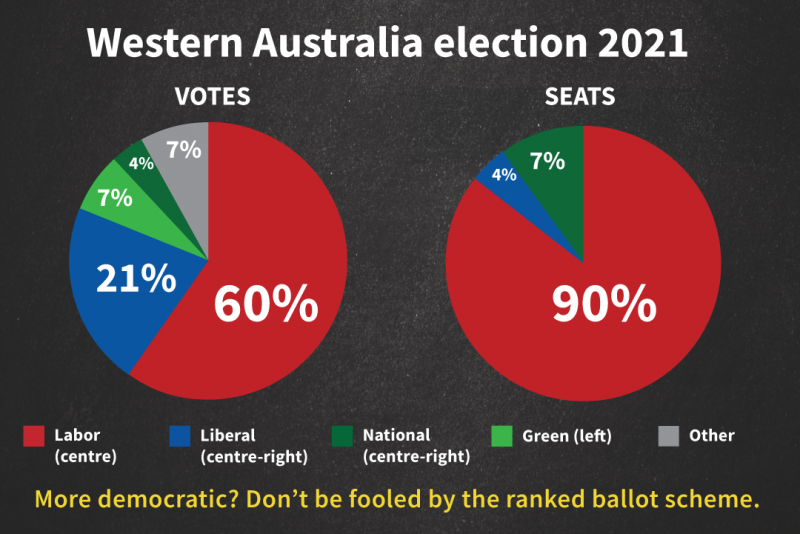 Power of the Party Bosses

Many Canadians are concerned with the power of party bosses and too much power being concentrated with some unelected spin doctors in the Prime Minister’s Office. Winner-take-all ranked ballot does nothing to mitigate this concentration of power. As John and Hargreaves (2011) note, the research is clear:

“Alternative Vote when in concert with other aspects of the electoral system (compulsory voting, party control over pre-selections and the use of How to Vote cards) results in a system heavily focused on the party not on the voter… The Australian electoral system gives parties a great deal of control over politics and that that control is on the rise (Farrell and McAllister 2006). Orr and Ewing (2011) come to a similar conclusion with regards to AV‘s propensity to increase the power of political parties relative to voters.”

Alternative Vote works to “manufacture a majority and ensure that voter choices do not interfere with the two sectional parties control over the system.”

As expert Mark Rodrigues explains in a report on the Parliament of Australia website, power is concentrated at the top:

“Strict party discipline over the behavior of MPs has challenged conventions of responsible government and aided the ascendency of the executive over the agenda of parliament.”

Over the decades, power has become increasingly concentrated in the Prime Minister’s Office. As Evans explains:

“This tendency to power concentration and one-person government has proceeded further in Australia than in its sister countries in the so-called Westminster world. There is the concentration of political discussion on leadership and leaders; the question of who occupies the throne has achieved supreme if not exclusive importance. Parliament and cabinet are seldom mentioned as part of the decision-making process; all major decisions are seen as the personal decisions of prime ministers. This perception is basically accurate: parliament and cabinet have minimal roles. The enormous growth in the size of the prime minister’s office has occurred precisely because that office now virtually is the government.”

In any two-party winner-take-all system, voters will always be faced with the dilemma of how to help their preferred party while trying to avoid handing power to the party they most despise.

In Australia, with Alternative Vote, strategic voting campaigns aren’t eliminated—they’re institutionalized. Parties push “How to Vote” cards at polling stations, telling voters how to mark their preferences. The BBC bluntly describes these cards as “a method of tactical voting decided by party leaders.”

The How to Vote cards are often the result of backroom deals between parties.

As one commentator notes:

“Voters who follow the card are not thinking about their reasons for ordering candidates on the ballot but are willingly deferring that right to parties intent on manipulating them to shore up power.”

“Blood sports” is how Professor Mark Evans of the University of Canberra Institute for Governance and Public Analysis describes Australia’s politics.

John and Hargreaves conclude: “Alternative Vote is unique amongst ordinal voting systems in that it supports and perhaps encourages hostility between the largest parties thus contributing to Australia‘s harsh political culture.”

The scale of the dishonest attack ads by parties has reached a feverish pitch, with 84% of Australians now supporting legislation for truth in political advertising.

After the election, winner-take-all politics produces a Parliament characterized by grueling partisanship. According to a report by Dr. Marc Rodrigues, Question Period in Australia amounts to a war of scripted talking points:

“Question Time in the House of Representatives is often criticized for declining parliamentary standards and accountability. Oppositions are inclined to use partisan attacks disguised as questions to embarrass the government to which Ministers respond with lengthy answers of marginal relevance… Much of the theatre of Question Time is characterized by disorder contrived to make the evening news.”

This is longstanding pattern. Unruly, disrespectful conduct is so common that between 1901 an 2016 30% of the MPs in the Australian Parliament were sanctioned for disorderly conduct.

From 2013 to 2015 alone, the Speaker ejected 400 MPs from the chamber—about three per day. From 1994 to 2016, 1508 disciplinary actions were levelled against MPs, including 1423 instances where MPs were ejected from the chamber for a period of one hour, referred to as being “sin binned”.

Unfortunately, despite public disgust, the amount of bad conduct has only been increasing in recent years, leading researchers to speculate “it may be that this penalty has contributed to greater disorder because members view it as little more than a slap on the wrist and of little deterrent value.” 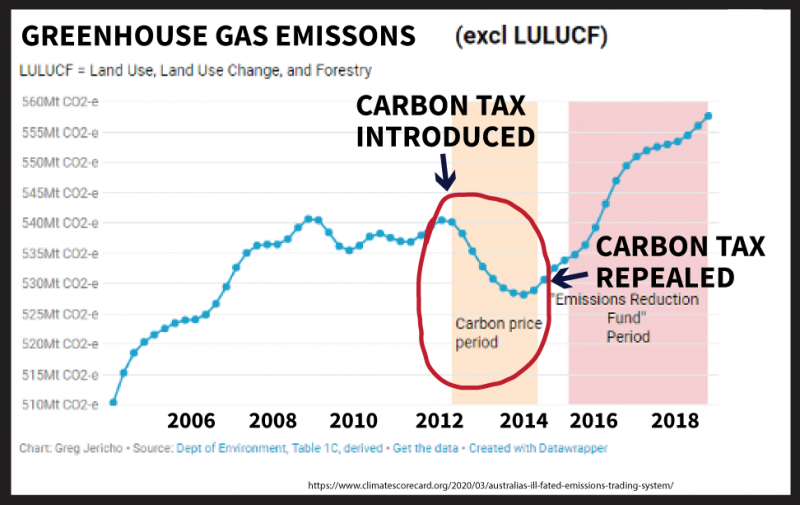 Researchers have long identified “policy lurch” as a side effect of winner-take-all voting systems. This refers to drastic shifts in policy, a pattern where one government reverses the policies of the previous government.

Policy lurch was on full display in Australia over the issue of a carbon tax. The chance for a  bi-partisan deal was scuttled because a majority of MPs in the Liberal-National (conservative) bloc simply wanted an issue on which wage a election battle against the Labor Party.

When a carbon tax was brought in by the Labor government alone in 2012—which resulted in the biggest annual reduction in greenhouse gas emissions in 24 years—it was soon reversed by the Liberal-National (conservative) government in 2014.

Carbon pricing has never been reintroduced in Australia. The effects of a hostile, two-party system have continued to have a devastating impact on climate action. On the 2020 Climate Performance Index, the US ranks last, Canada ranks seventh from last and Australia sixth from last among 57 Countries plus the EU. Despite suffering catastrophic wildfires in recent years, on the Climate Policy Scale, Australia scores zero—dead last.

Pork Barrelling is rampant – and only a few swing ridings matter

As the ABC news headline above indicates, with winner-take-all voting systems only voters in a few seats really matter to the results, and that is where the government spends the money. Over time, the problem has only become more obvious.

In 2021, a study of grants awarded over three years in Australia showed that government spending was massively skewed to ridings held by the governing party, and to swing ridings. Key findings:

– Ridings held by opposition received $530 million. Those held by governing party received $1.9 billion.
– 21% of all the money that went to opposition-held ridings went to just two ridings – the two swing ridings targeted by the governing party in the previous election.

“The spending is so warped that voters on opposite sides of a suburban street can pay the same tax but get a vastly different slice of the spoils if they live in different electorates. Everything will depend on which seat the Liberals and Nationals think they can win… The message to people in “safe” seats, especially people on lower incomes in safe Labor electorates, is shocking: do not bother applying for help.” 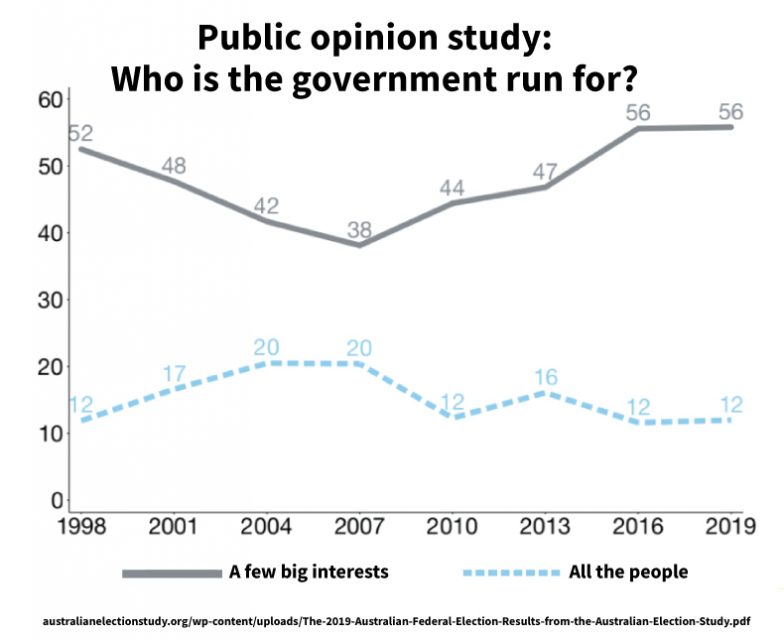 According to new research by Democracy 2025, an initiative of the Museum of Australian Democracy and the Institute for Governance and Policy Analysis at the University of Canberra, trust in political institutions in Australia has been in a nose-dive for a decade. In 2019, trust hit the lowest level since data has been available. The Australian Election Study found that only 12% think that government is run for “all the people” – most think it’s run for “a few big interests.”

If the trend continues, Democracy 2025 researchers concluded that by 2025, fewer than 10% of Australians will trust their politicians and political institutions. They mince no words about the consequences.

Trust is the glue that facilitates collective action for mutual benefit. Without trust we don’t have the ability to address complex, long-term challenges.”

Does much of this sound frighteningly familiar? It should. Winner-take-all systems deliver more of what we don’t want in politics.