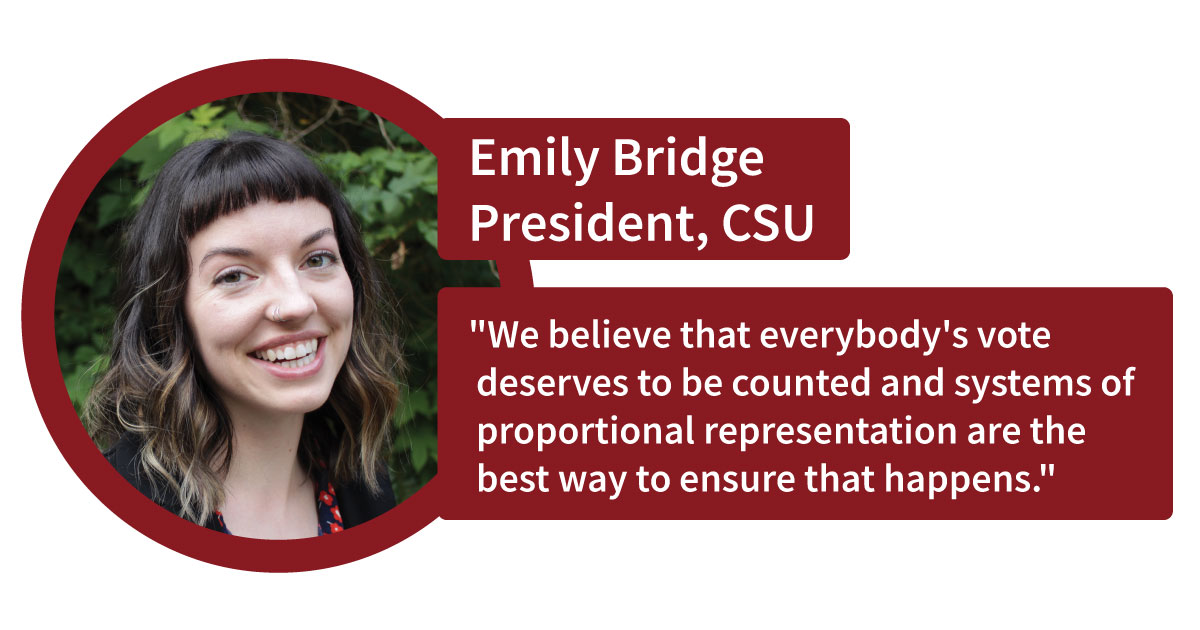 CSU has switched from first-past-the-post to proportional representation for its election of at-large representatives. They will be using Single Transferable Vote (PR-STV), the proportional system recommended in 2005 by the BC Citizens’ Assembly.

In September, 2018, CSU adopted an official policy in favour of proportional representation. A summary of the reason for their policy states:

“The Capilano Students’ Union supports a move to a proportional representation system of elections provincially. The current system, known as FPTP, consistently results in vote totals being wildly inconsistent with the number of seats won. This exists at the individual riding level, within individual sub-regions, such as Capilano University’s own North Shore, and in the province as a whole. The CSU believes that the number of seats that a party is allotted in the legislature should be roughly similar to the percentage of the vote that they receive, ensuring that representative democracy is truly representative of the electorate, and further, that voters should not feel like their vote will not have an impact because of the region they live in.”

“We’ve long advocated for the province to get rid of First Past the Post in favour of a truly representative system that can allow all voices to be heard. We believe that everybody’s vote deserves to be counted and systems of proportional representation are the best way to ensure that happens.”

Student unions, credit unions and other civil society board considering switching to PR-STV for their own elections can find more information at https://www.fairvote.ca/prforboardelections/.