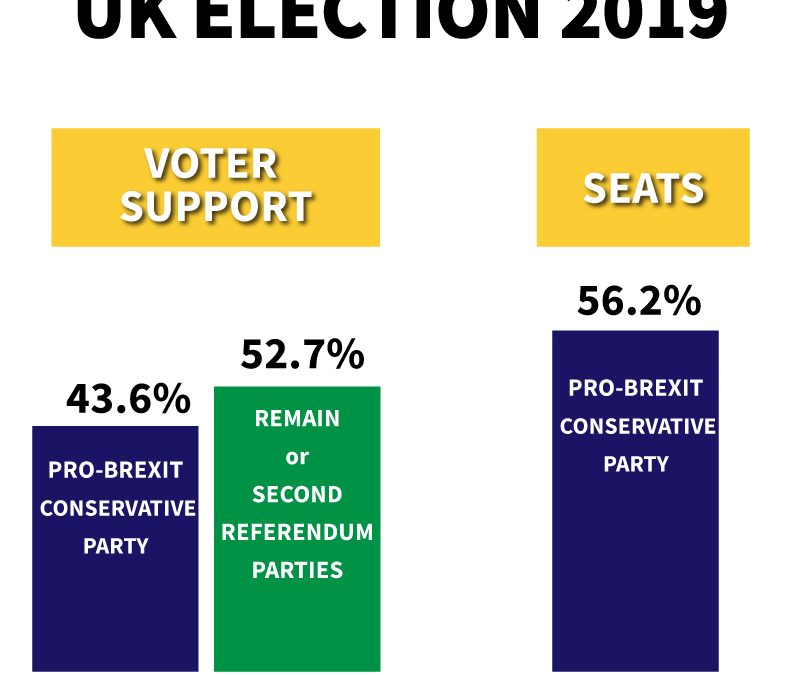 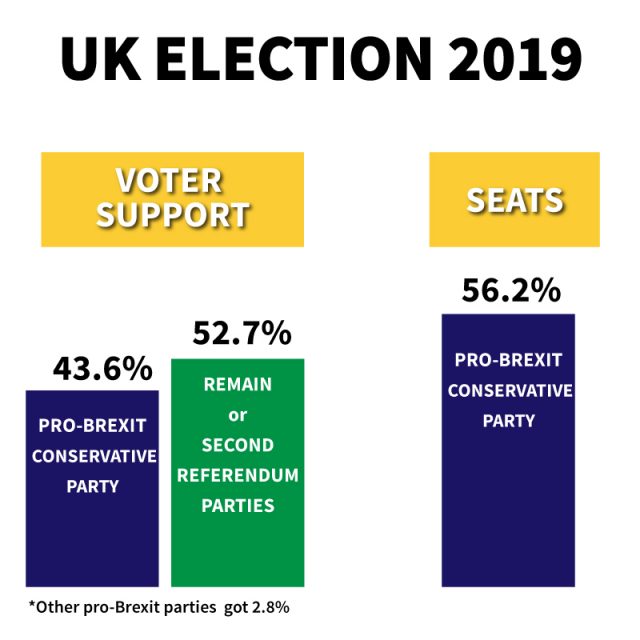 The people of the U.K. have spoken. It’s a pity the electoral system distorted their message.

The UK’s first-past-the-post system has given the Conservative Party a false majority government and unfettered power to unilaterally pull the country out of the EU, deal or no deal, based on only 43.6% of the popular vote.

A majority of voters cast their votes for parties in favour of remaining or having a second referendum. This includes Labour, which ran on a position to seek a closer post-withdrawal association with the EU and put the resulting agreement to a referendum, the Scottish National Party, the Liberal-Democrats, the Green Party and others.

Fair Vote Canada President Réal Lavergne expressed his sympathy for the British people and lamented the electoral system that has led them into this mess.

Many Brits will no doubt feel some relief that this “majority” government will finally be able to put the Brexit file behind them, but which is better: to ram through a “majority” decision despite the doubts of a majority of voters or to find a solution that accommodates the largest possible share of voter preferences? True democracy is messy, but this first-past-the-post election divides Britain in winner-take-all fashion just like the Brexit referendum itself. It will lead to lasting dissatisfaction and, conceivably, the breakup of the country.

It’s a first-past-the-post disaster of the highest order!

This “Brexit election” provides a dramatic example of what can go wrong under first-past-the-post. If we in Canada don’t modernize our disproportional electoral system, we too will continue to elect majority governments with less than 50% of the popular vote, with potentially disastrous and lasting consequences.