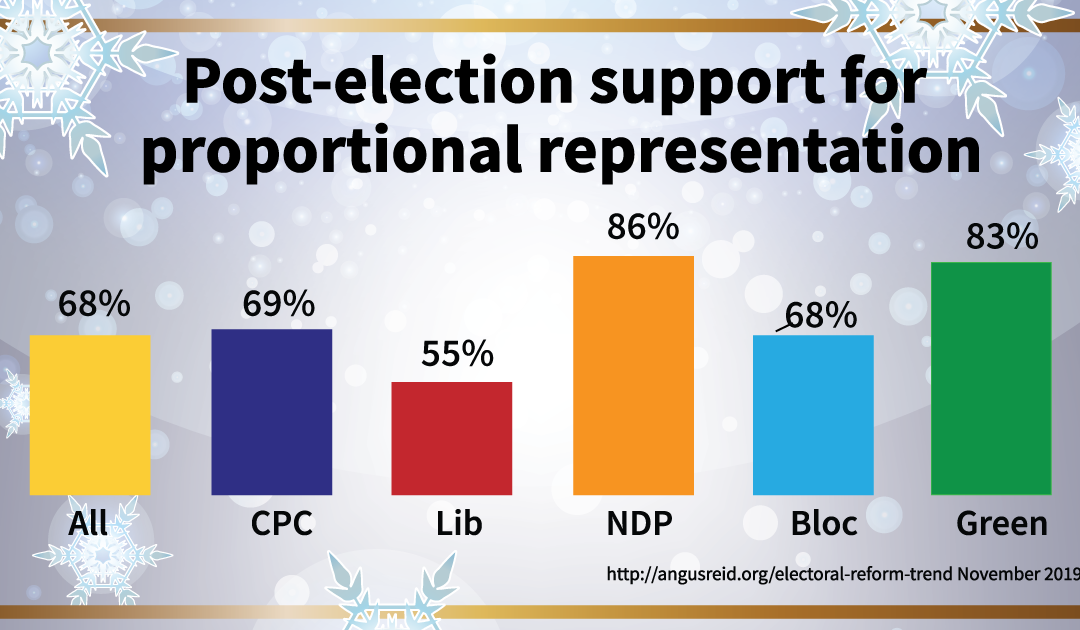 When your government retreated from its promise of electoral reform in time for the 2019 election, you referred to a lack of consensus, implying that consultations would continue.

With the government in a minority situation, calls for electoral reform coming from both the NDP and the Green Party, and an upsurge of support for proportional representation, Fair Vote Canada would like to propose a way forward.

Discussions about electoral reform have a long history in Canada going back to 1919 when the Liberal  Party adopted a policy resolution recommending the Single Transferable Vote. However, politicians elected under one system have always been reluctant to change the system that brought them to power. It is time for political leaders to acknowledge that simple but fundamental conflict of interest.

With that in mind, we would like to suggest that the power to recommend the type of electoral system needed for Canada at this stage in history should be assigned to an independent National Citizens’ Assembly on Electoral Reform. This would have to be a very robust process and there should be a multi-party agreement in advance to act on the recommendations put forward.

We invite you and your staff to read our Statement on Citizens’ Assemblies As a More Meaningful Way to Hear from Citizens and consult our Citizens’ Assembly website. We would be pleased to engage with you on this subject.