Western alienation is the problem. A National Citizens’ Assembly on Electoral Reform is the solution. 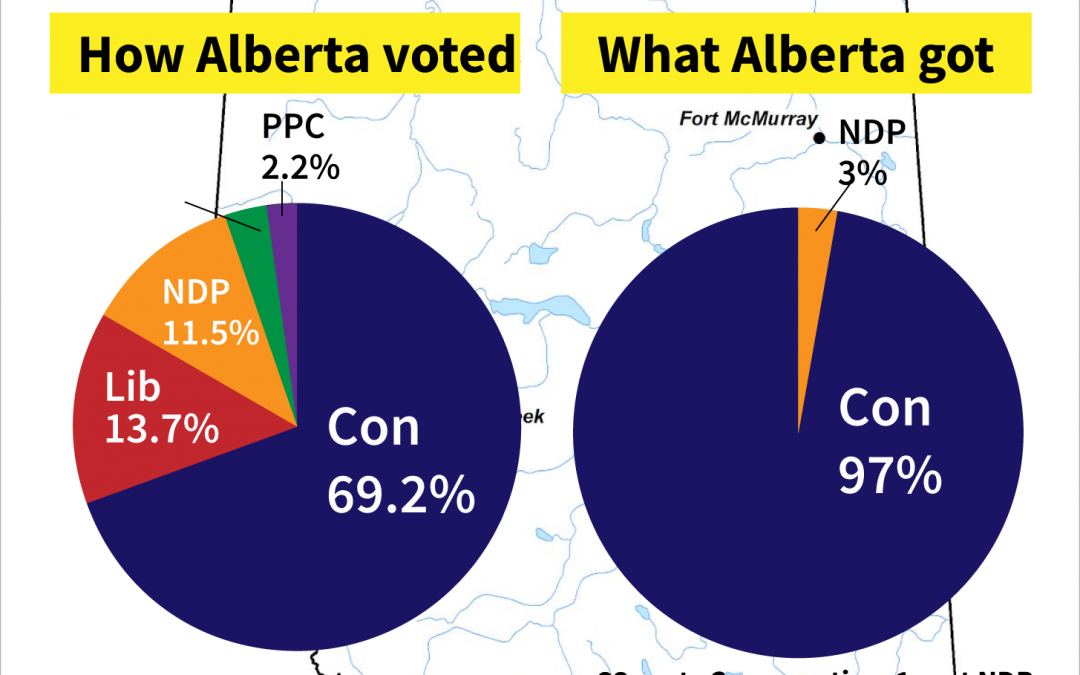 Western alienation is the problem.
A National Citizens’ Assembly on Electoral Reform is the solution.

October 24, 2019 — In the post-election chatter about Western alienation, an element of critical analysis is missing. The role played by our non-proportional voting system in excluding much of western Canada from government needs to be acknowledged.

“First-past-the-post exacerbates regional differences by rewarding parties with a high geographic concentration of votes at the expense of parties whose support is more evenly distributed,” says Fair Vote Canada President Réal Lavergne. “Electoral reform would reduce the polarization of the various regions in Canada. It would ensure that parties have to compete for seats everywhere, not just in Ontario and Quebec. Every province would have MPs in both government and opposition, because there are voters of all stripes in all areas of the country.“

Clearly, electoral reform needs to happen, but the path is fraught with parties looking out for their own interests. A lack of consensus is often quoted as the reason for the abandonment of electoral reform in 2017. “Luckily for Canadians, there is a proven mechanism for reaching consensus that takes the process out of the hands of politicians and gives it to the people,” says Fair Vote Canada Executive Director Anita Nickerson. “We need a National Citizens’ Assembly on Electoral Reform.”

Participants in a Citizens’ Assembly would be selected by stratified random sample, using a civic lottery to create a body that is demographically representative of the population as a whole, from each region of every province. The result: citizens working together on behalf of their fellow citizens. Because the process occurs outside the realm of partisan politics, the recommendations of a Citizens’ Assembly could legitimately be implemented by government.

As Stephen Harper wrote in 1997, “Many of Canada’s problems stem from a winner-take-all style of politics that allows governments in Ottawa to impose measures abhorred by large areas of the country.” Ignoring the role of first-past-the-post in the increasing regional polarization of our country is a dangerous game. It’s time for politicians to step beyond partisan considerations and do what’s right for Canada.