Sometimes opponents claim that proportional representation is “bad for rural voters. Cities will have too much power, they claim. Or rural seats will “disappear”.

These misleading attempts to pit rural voters against urban ones appears to be a strategy of opponents of fair voting.

Let’s set the record straight: proportional representation is good for all voters, rural and urban.

In Alberta, Bow River has been a safe Conservative seat since 1958. Who represents those who didn’t vote Conservative?

As many people have observed, first-past-the-post can create a sense of futility for many voters.  For many voters in safe seats, their votes are physically counted, but they never actually count.

Contrast this with the 95% of voters in Sweden and New Zealand who were able to cast votes that helped elect representatives to their legislatures. Proportional representation will give every BC voter – rural and urban – a voice. 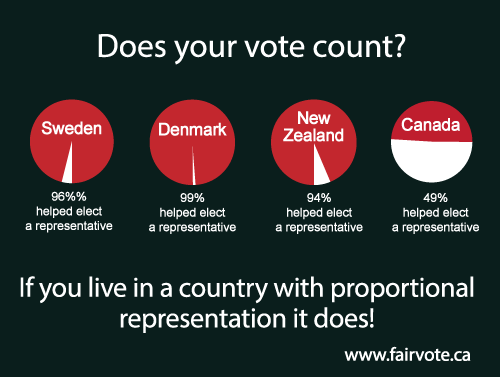 First-past-the-post masks the true political diversity of Canada, including in rural areas.

As this map below of the 2019 federal election hows, considerable diversity in voter preferences exists in every region of Canada, both rural and urban. Winner-take-all voting masks that diversity. 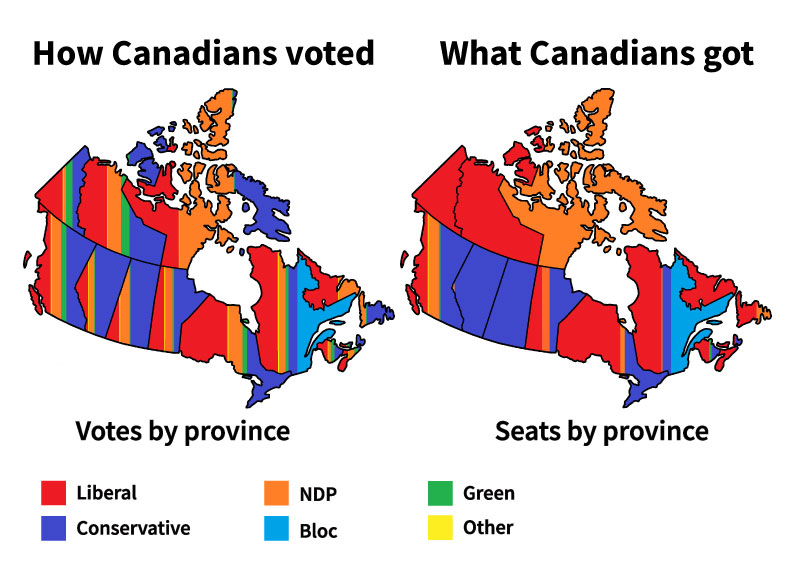 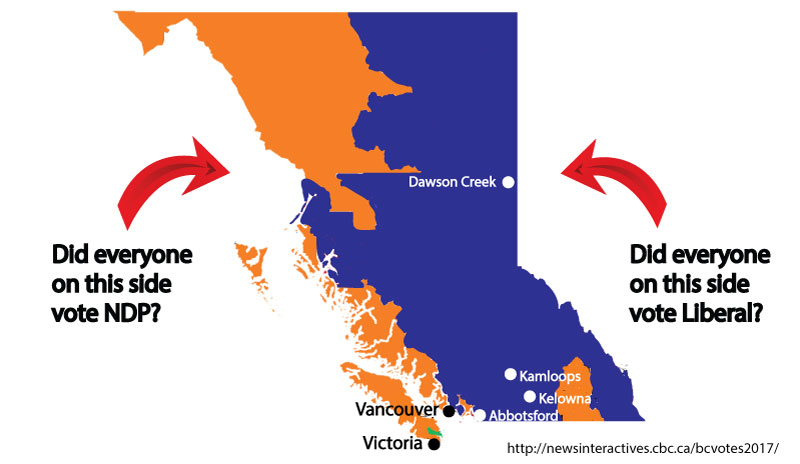 As Andrew Kurjata points out, provincially, in British Columbia, there are only three ridings out of 87 in BC where the winning candidate got 60% of the vote. Every riding and every region of BC is politically diverse.

No matter where you live in Canada, rural or urban, you are surrounded by neighbours who voted differently. Winner-take-all voting masks these differences, leading to single party sweeps of entire regions – rural or urban.

This is where proportional representation comes in.

Proportional representation doesn’t shift the balance of seats between urban and rural voters at all. But it does ensure that political preferences in each region are accurately reflected – that almost all voters have representation that aligns with their values, no matter where they live.
a