In the lead-up to the 2015 election and beyond, Prime Minister Trudeau promised unequivocally to end the first-past-the-post voting system and replace it with a system that would “Make Every Vote Count.”

The promise to change the voting system was repeated more than 2,000 times and was a key plank in the Liberal election platform.

For five months, the MPs on the Special Committee on Electoral Reform (ERRE) heard overwhelming evidence and heartfelt pleas from Canadians to change the voting system to one that would reflect proportional representation.

Thousands took their time to participate in good faith.

After hearing months of testimony from academics, experts and citizens, the Special Parliamentary Committee on Electoral Reform (ERRE) submitted a majority report that reflected the recommendations of experts invited to testify. The ERRE heard 180 experts in total and of these, 107 expressed themselves on the choice between keeping our current system  or adopting a proportional system. Fully 88% of these expert witnesses called for a proportional system, according to a detailed compilation undertaken by Fair Vote Canada.

This consultative process was the fifteenth of its kind in Canada. Every one of these recommended to make the system fairer and more representative by moving to a proportional voting system, including the federal process initiated by the Prime Minister.

Yet, our Prime Minister ignored all of the evidence and decided arbitrarily that “all forms of proportional representation would be bad for Canada.” http://www.cbc.ca/news/politics/trudeau-electoral-reform-wherry-analysis-1.4179928

This abrupt reversal of the promise made on electoral reform, and the complete rewriting of the facts show a lack of integrity. It suggests that Mr. Trudeau made his promise of electoral reform solely to attract voters in the first place and never intended to honour this promise. This becomes even clearer considering that both his election promise and the original mandate letter for the Minister of Democratic Institutions explicitly referred to proportional representation as an option, yet the Prime Minister now states he always thought proportional representation would be bad for Canada (see below).

Fair Vote Canada’s Executive Director, Kelly Carmichael states “Canadians need to feel confident that those we elect are honest and act with integrity and put the needs and desire of the citizens of this country before their partisan self-interest. In fact, in the Speech from the Throne, Prime Minister Trudeau appeared to agree with this sentiment as he he continued to laud his plan to unequivocally end first-past-the-post voting system when he stated “The trust Canadians have in public institutions — including Parliament — has, at times, been compromised.”

“If the Ethics Commissioner fails to investigate our complaint or finds Prime Minister Trudeau didn’t violate any rules with his dishonest statements and actions, it will show clearly that the rules need to be changed to prohibit politicians from blatantly misleading Canadian voters with false election promises and claims in-between elections,” said Duff a Conacher, Co-founder of Democracy Watch

Both Fair Vote Canada and Democracy Watch want to see honesty and integrity in politics and both work to strengthen our democracy through better policy. The broken promise on electoral reform is a stellar example of why we feel it necessary to request investigations and public rulings concerning Prime Minister Trudeau’s actions on electoral reform. The policies are in place to protect citizens against dishonesty but they are only effective if  implemented and we hope Ethics Commissioner Mary Dawson will use the tools at her disposal to restore integrity to Canadian politics.

(The full request and evidence to Mary Dawson can be found here:

As the code clearly states, the purposes of the MPs Code as set out in section 1 are to:

(a) maintain and enhance public confidence and trust in the integrity of Members as well as the respect and confidence that society places in the House of Commons as an institution;

(b) demonstrate to the public that Members are held to standards that place the public interest ahead of their private interests and to provide a transparent system by which the public may judge this to be the case;

(c) provide for greater certainty and guidance for Members in how to reconcile their private interests with their public duties and functions; and

(d) foster consensus among Members by establishing common standards and by providing the means by which questions relating to proper conduct may be answered by an independent, non-partisan adviser.

(a) to serve the public interest and represent constituents to the best of their abilities;

(b) to fulfill their public duties with honesty and uphold the highest standards so as to avoid real or apparent conflicts of interests, and maintain and enhance public confidence and trust in the integrity of each Member and in the House of Commons;

“When performing parliamentary duties and functions, a Member shall not act in any way to further his or her private interests or those of a member of the Member’s family, or to improperly further another person’s or entity’s private interests.”

The Conflict of Interest Act (the “Act”), which applies to Prime Minister Trudeau, contains similar rules in sections 4 and 6:

4 For the purposes of this Act, a public office holder is in a conflict of interest when he or she exercises an official power, duty or function that provides an opportunity to further his or her private interests or those of his or her relatives or friends or to improperly further another person’s private interests.

Sincerely yours in the pursuit of honesty and integrity in politics,

Are you going to an event or having a information table where you can collect signatures on our BC Vote Pledge and need some materials?

You can order any of these by emailing [email protected] Looking for something that’s not here? We may have it or we may be able to create it – just ask.

Make a copy of this flyer, modify the top to suit your local needs, and distribute widely! Great for canvassing. 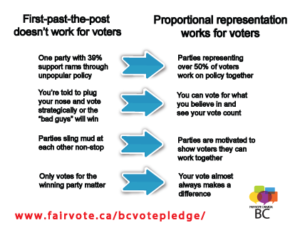 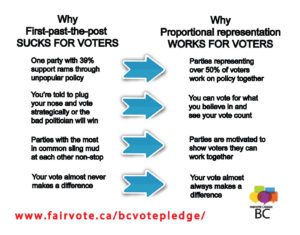 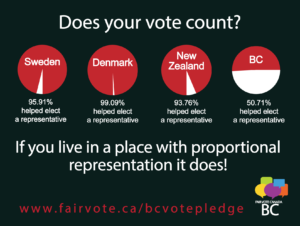 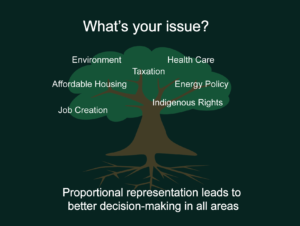 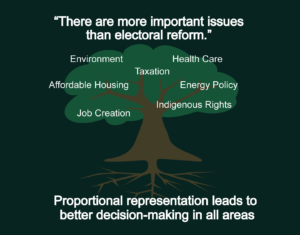 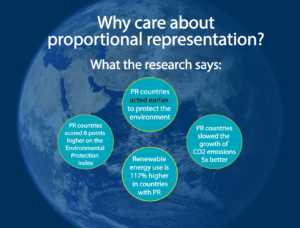 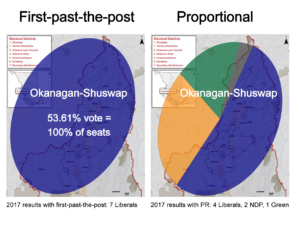 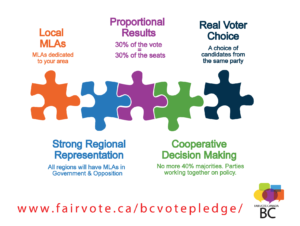 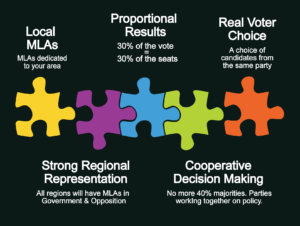 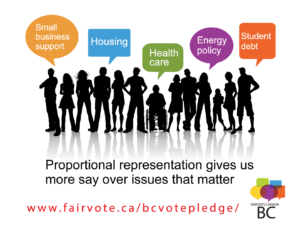 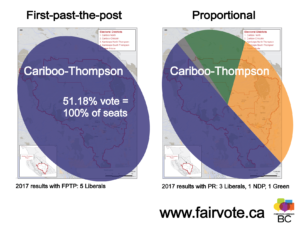 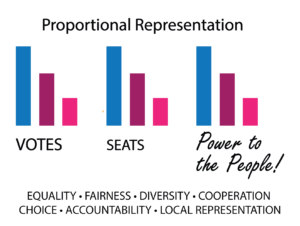 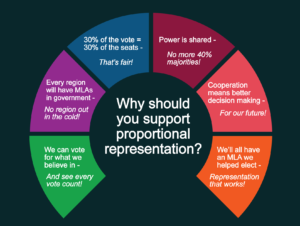 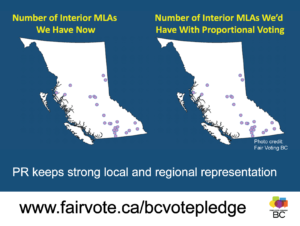 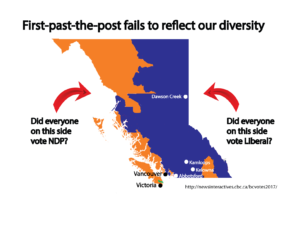