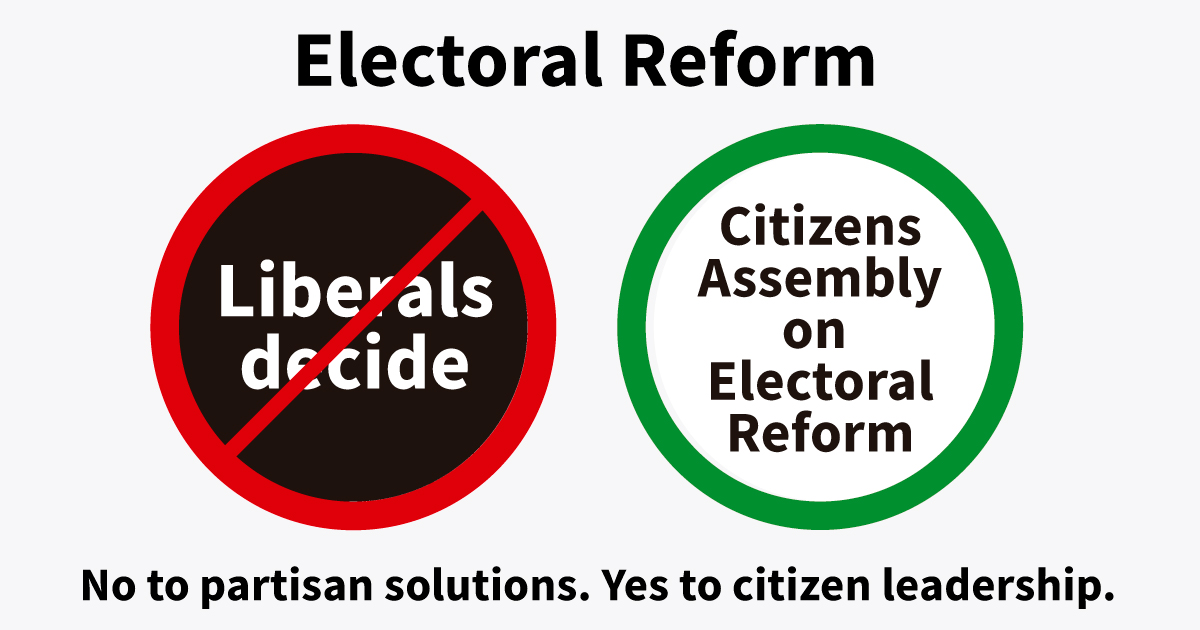 Ontarians deserve reform that puts the interests of voters, not parties, first

Del Duca’s promise to force through winner-take-all ranked ballots―or resign if he fails―should be slammed by all Ontario voters who care about democracy.

In Spring 2021, the Ontario Liberal Party conducted a wide-ranging consultation with Ontarians about their values and priorities called “Take the Mic”.

The point of the consultation was to give Ontarians a real say into the Liberal Party’s next platform.

According to the Ontario Liberal Party, 28,236 visited the #TakeTheMic website, submitting 38,438 original ideas and comments and casting 233,791 votes.

The presentation given by the Ontario Liberal Party about what they heard revealed the exact opposite of what Del Duca is now promising to do: 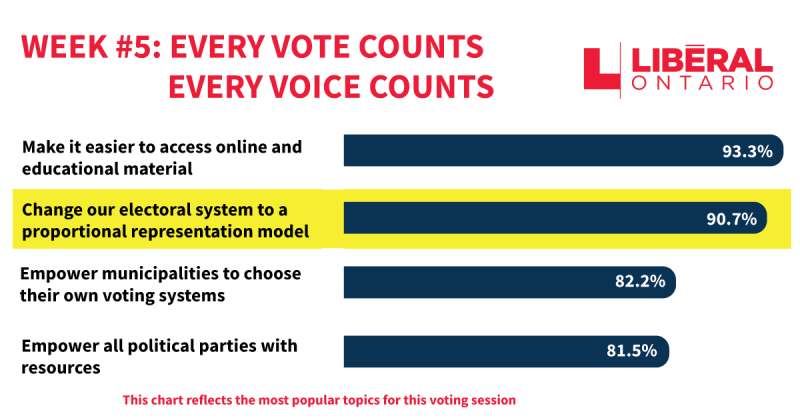 Fortunately, Fair Vote Canada kept a record of all the comments on the consultation.

When asked about winner-take-all ranked ballots for Ontario:

A “consultation” that turned out to be an attempted bait and switch on electoral reform.

Federally, Justin Trudeau promised to have “no preconceived notions” of what system would be recommended and to listen to the experts.

Fully 88% of the experts who testified to the federal Electoral Reform Committee in 2016 recommended proportional representation.

Experts showed Alternative Vote to be the only option even more disproportional than first-past-the-post.

In fact, AV was shown to benefit the Liberals, helping them rack up even more seats and more false majorities, with no more popular support.

Alternative Vote is an adversarial, winner-take-all system that perpetuates or exaggerates many of the problems of first-past-the-post:

Eventually Justin Trudeau conceded that his scheme had failed:

This entire episode underscores what Fair Vote Canada has been saying for years:

We must get politicians out of the design room. They are incapable of seeing past their own self-interest.

And when that self-interest doesn’t line up with the evidence, voters lose.

Would Ontarians rather have one party force through their preferred system OR go with the recommendation of an independent, non-partisan Citizens’ Assembly on Electoral Reform?

“Del Duca is pledging to reform our electoral system because it’s a hugely popular idea,” says Nickerson. “Ontarians are tired of unaccountable majority governments won with 40% of the vote and most of our votes going in the trash. Unfortunately, Del Duca has promised to ram through an even worse system. He’s got the cart before the horse.”

Del Duca’s proposal to have a citizens’ assembly AFTER he forces through his preferred system is absurd.

Introducing a winner-take-all ranked system would concentrate power even more than now with two big parties (including the Liberals). Saying his party might consider changing the system again later isn’t how reform has ever happened in the real world.

Ontarians want to reform our electoral system. It will be a major election issue in Ontario.

Instead of threatening to resign if he can’t get his own way with a partisan solution, he needs to take the high road, get out of the way, and let citizens lead.

Ranked ballots: What you need to know

Ranked ballots CAN be part of a proportional representation system, such as Single Transferable Vote (PR-STV). To learn more about PR-STV, click here.

Unfortunately, Ontario Liberal Leader Steven Del Duca is referring to the non-proportional, winner-take-all system properly called Alternative Vote (AV). Learn more about AV – how it shuts voters out, how it favours the Liberal Party, and its consequences in Australia – by clicking on the picture below. 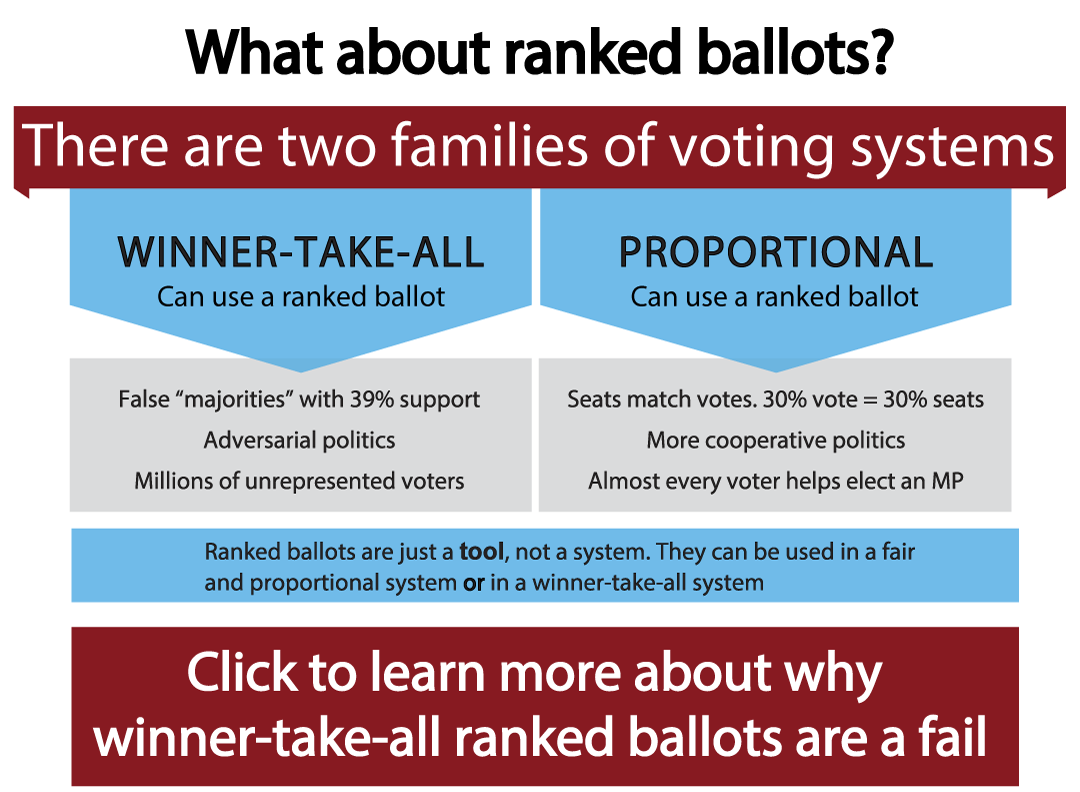