VOTE AHEAD! Sign up to send Justin Trudeau a card telling him to vote YES to a National Citizens’ Assembly on Electoral Reform! 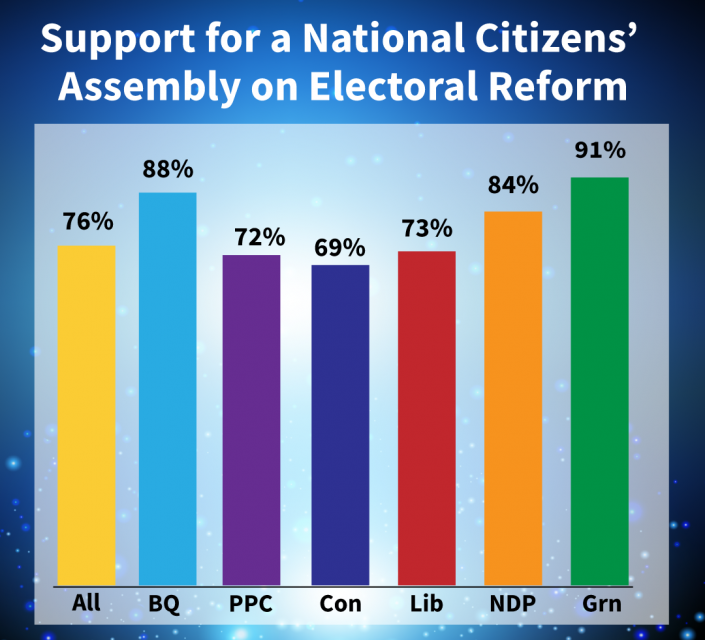 VOTE AHEAD: Sign up to send Justin Trudeau a card telling him to vote YES to a National Citizens’ Assembly on Electoral Reform!

We are standing on the verge of a huge breakthrough.

It’s the biggest opportunity to kick-start electoral reform in Canada since the Liberal’s broken promise in 2017. But we must act now.

A groundbreaking resolution is going to the Liberal Party’s national convention for a vote this spring:

Prime Minister Justin Trudeau and Liberal MPs will be voting on whether to back a National Citizens’ Assembly on Electoral Reform!

Here’s the best part: This resolution came from the grassroots of the Liberal party.

Among dozens of resolutions, the resolution for a National Citizens’ Assembly on Electoral Reform skyrocketed in popularity, to become a rare, FAST-TRACKED resolution. That means it goes directly to the convention for a vote.

It’s time to call on Justin Trudeau and the Liberal Party to do the right thing!

SEND A CARD TO JUSTIN TRUDEAU NOW ASKING HIM TO VOTE YES!

Here’s how it works:

The card will have the picture above on the front, with new, national poll results showing sky-high support from Canadians for a National Citizens Assembly on Electoral Reform. On the sign-up form, you can write a short personal message to Justin Trudeau which will get printed inside the card. That’s all you need to do!

Then we’ll get busy getting your cards printed and envelopes stuffed!

We’ll make sure Trudeau’s office is flooded with cards from Canadians coast to coast to coast, calling on the Prime Minister to vote YES!

When Justin Trudeau broke his promise to end first-past-the-post, he basically claimed that nobody cared about electoral reform anymore. Since the Liberals had won the 2015 election (with 39% of the vote), the problem was solved.

Electoral reform, Trudeau said, was only important to “a small number of people.”

Yet we all know that millions of Canadians felt disappointed or betrayed when Trudeau walked away from the promise to make every vote count. 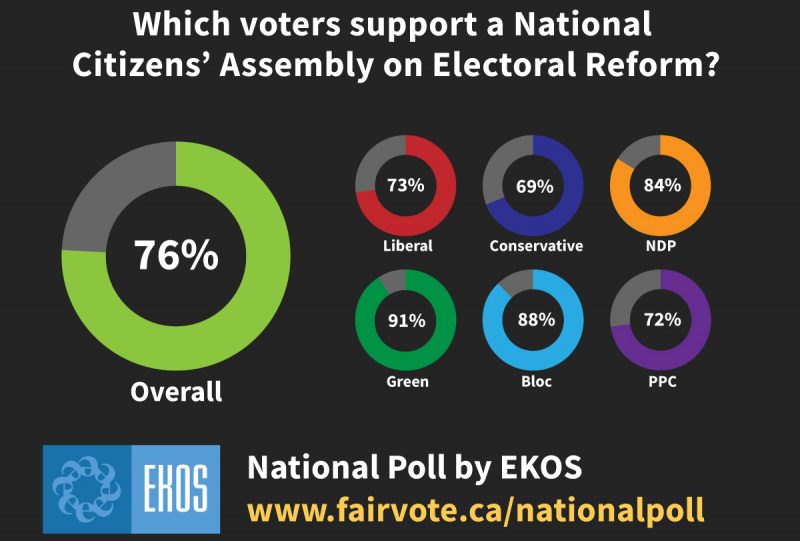 Canadians are looking for a positive path forward.

We all know that most politicians can’t be trusted when it comes to electoral reform.

Time and again, politicians have shown that when it comes to the voting system, they will put their party’s self-interest ahead of the common good.

Justin Trudeau’s promise ended with him insisting it was his preferred winner-take-all system or nothing―despite no other party agreeing and 88% of the experts recommending proportional representation.

A non-partisan, National Citizens’ Assembly on Electoral Reform would be a historic step forward―a way to break the partisan deadlock and give power back to citizens.

A Citizens’ Assembly would fully and fairly consider ALL options.

Since 2015, the world has changed profoundly.

The riots on Capitol Hill, the “freedom convoy”, the rise of autocrats and the decline of democracy around the world have shaken many.

The crises facing Canada today are bigger than any single party can solve in a four year term.

It’s time for a democracy that gives everyone a voice, and encourages our parties to work together.

Electoral reform is more important than ever.

I can’t overstate how rare―and game changing―this upcoming vote could be. Resolutions passed at party conventions matter. They can build the foundation for action.

The last time the Liberal Party MPs voted on a resolution for electoral reform at a national convention was in 2014.

That resolution formed the basis of the party’s 2015 platform promise.

If this vote succeeds, it could kick start a new chance for electoral reform in Canada.

The determination and ingenuity of those who care has done what no-one predicted during this government: it’s wedged the door open.

It’s time to turn up the pressure, and help ensure our voices are heard at the highest levels of power.

With a massive push from Canadians right now, we can make a breakthrough for electoral reform.

And of course, please consider making a donation to help us cover the costs of the cards. Each card costs about $2, not including volunteer hours 🙂.

Thank you so much for supporting the campaign to Make Every Vote Count!

READ THE RESOLUTION BELOW 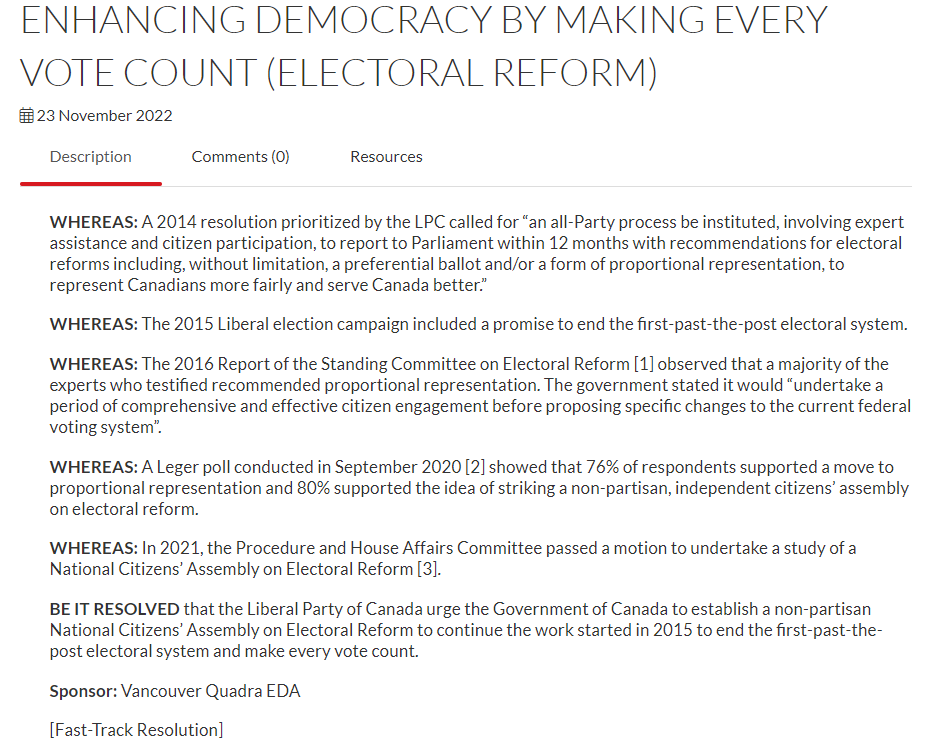