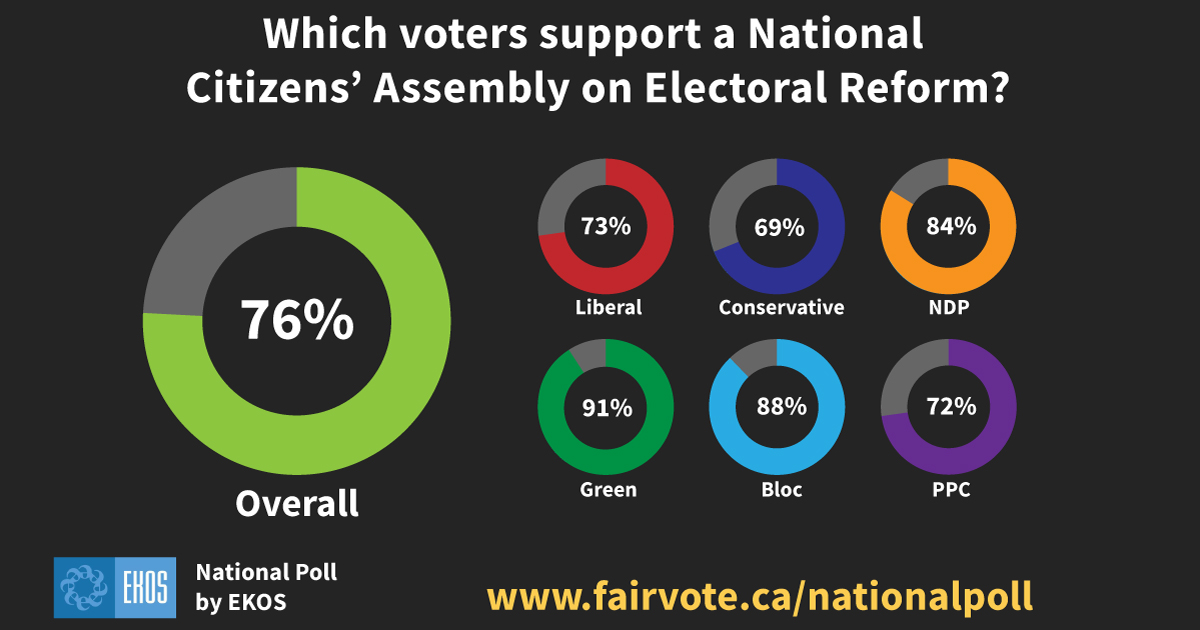 A citizens’ assembly is an independent, non-partisan body. Participants are selected like a jury to ensure they are representative of the Canadian population by characteristics such as age, gender, region, and education. They spend up to a year learning from experts, consulting with Canadians and deliberating before making an informed recommendation.

Other key findings from the poll:

The last two “majority” governments at the federal level in Canada had the support of just over 39% of voters.

Winner-take-all systems (like first-past-the-post or the winner-take-all ranked ballot) discourage cooperation. When one party can seize all the power with 39% of the vote, it’s not in their self-interest to share credit with other parties. They are more likely to discredit or demonize other parties.

With proportional representation, parties seek to find common ground—cooperation is the norm. Cooperation can occur between parties from all parts of the political spectrum. A great example is Denmark, which is now governed by a coalition consisting of parties on the left and right.

Canadians are firmly opposed to any single party unilaterally changing the electoral system. Politicians are distrusted on electoral reform, because time and again they have shown that when it comes to electoral reform, they will put their own self-interest ahead of the common good.

We need an independent, non-partisan National Citizens’ Assembly on Electoral Reform to look objectively at all the options and make a recommendation in the best interest of all Canadians.