The Paris Citizens’ Assembly: where citizens write the law 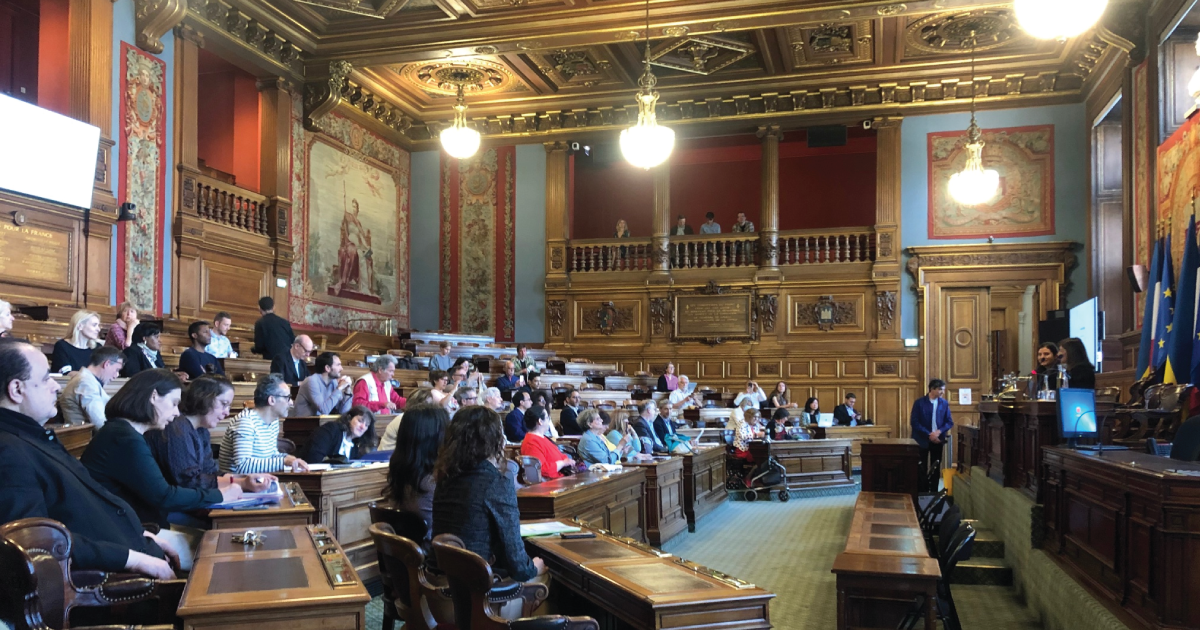 For some citizens of Paris, being chosen to sit on the Paris Citizens’ Assembly feels like winning the lottery: the chance of a lifetime to participate DIRECTLY in the democratic decision-making process.

The real winners, though, are all the residents of Paris.

One hundred randomly selected citizens aged 16 and up―reflecting the Parisian population by age, gender, place of residence and education―will be tasked each year with helping shape city policy.

This means the public will see more of their views and their priorities reflected in government policy.

How will the new Paris Citizens’ Assembly work?

The number of citizens’ assemblies around the world has been growing exponentially over the last decade, tackling complex and challenging issues from climate change to elder care.

Participants in citizens assemblies learn in-depth from experts, listen to each other’s life experiences, and work together on solutions.

Citizens assemblies cut through the polarization and partisanship that characterize so much of our politics. They are also protected from the effects of misinformation that is rampant in social media.

Most Citizens’ assemblies, however, are one-off events. Their purpose is to produce a report to advise the government on one specific issue.

The Paris Citizens’ Assembly, by contrast, will be permanently baked into the institutions of democracy in Paris, representing a leap forward for citizen empowerment and inclusive democracy.

Each year, Assembly participants will set their own agenda and have real power to propose legislation and evaluate government policy.

In their first year, 2022, the Paris Citizens’ Assembly has chosen to focus on public spaces, environment and social and education issues.

A model giving citizens this much flexibility and power is unique in the world.

The Paris Citizens’ Assembly has the power to:

1) Submit a bill directly to the Paris City Council for a debate and vote.

Every year, the Paris Citizens’ Assembly will decide on a policy issue to be put to a citizens’ jury.

A citizens’ jury is a smaller version of a citizens’ assembly. Seventeen members of the public, also selected by sortition, work together for a maximum of three months, hearing from experts, stakeholders and the public, before making policy recommendations to the Assembly.

The Paris Citizens’ Assembly will craft those recommendations into a bill, which can be submitted to Paris City Council, which will debate and vote on it.

2) Launch an evaluation of an existing policy in the city.

The choice of policy topic must first be discussed by the municipal council and agreed to by the executive. The Citizens’ Assembly can hold hearings of the municipal administration, call in experts, or convene a citizens’ conference.

The Participatory Budget is a process where all citizens of Paris can help decide how 100 million euros of the city’s budget is spent. Every year the government puts out a call for project proposals under a specific theme, which will now be decided by the Citizens’ Assembly. Individuals and civic groups can submit project proposals online, or support those already submitted. In the end, all citizens can vote on which projects will be implemented.

The Paris City council has an obligation to respond to every recommendation of the Citizens’ Assembly and Citizens’ Jury, both at the time they are submitted, and again a year later.

A representative, citizen-empowered democracy in Canada

Being at the mercy of “majority” governments elected with 39% of the vote guarantees unpopular policies, extreme policy swings, and unaccountable politicians. That does not serve citizens well.

But there are additional innovations beyond proportional representation which can improve our democracy. citizens’ assemblies take democracy to the next level.

For Canadians wishing to empower everyday citizens with a stronger voice between elections, the Paris citizens’ Assembly is an innovation to watch.

The Alternative (July 2022). Paris’s standing Citizens Assembly has real teeth, shaping policy and laws – and is part of a quiet revolution.

Claudia Chwalisz (May 2022). A Movement That’s Quietly Reshaping Democracy For The Better. In Noema magazine.

FIDE. The Assemblée Citoyenne de Paris” as an institutionalized model of deliberative democracy at the city level.