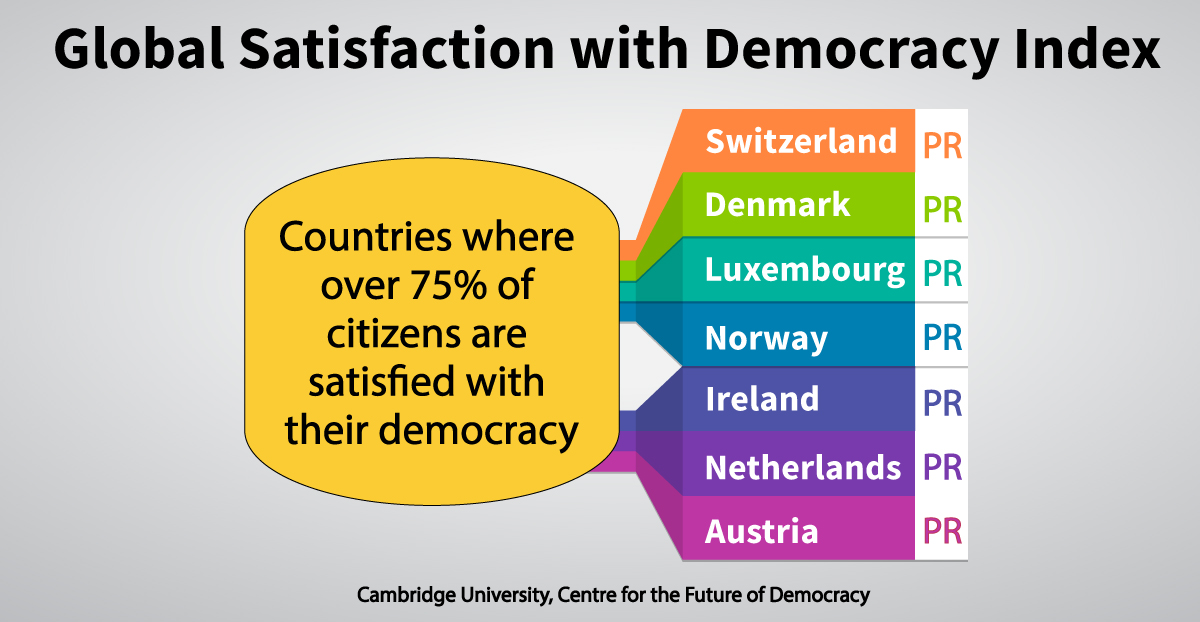 Cambridge University’s Centre for the Future of Democracy released a widely covered report this week sounding the alarm bells about the decline in citizens’ faith in democracy around the world. Dissatisfaction with democracy is at an all-time high, particularly in established democracies.

While most of the coverage focused on the overall findings of a growing crisis and current political events, the purpose of the Centre’s report was clear:

The Centre’s aim is to move away from a fixation on the here and now, and beyond the who and what of democratic politics – who is going to get elected, what are they going to do? – to look at the how.

How do democratic decisions get made and how can they be made differently? How can the consent of losers and outsiders be achieved? ? How can new social divisions be bridged?

And if we can’t do these things, how will democracy not merely survive but flourish in the future?

The report provided some key findings and insights in this regard:

“Quite honestly, I came to Parliament a bit naive. I came to Parliament thinking that when we go to committee and have these conversations, there is a genuine understanding that we are all here for one purpose and that is to make life better for all Canadians. It was evident from many of the committees I was involved in that the agenda of a majority government sometimes supersedes the common sense of what Canadians expect from us as parliamentarians.

Therefore, what I am excited about in this minority Parliament is that the minority government has to ensure that all aspects of legislation are taken into consideration and all witnesses and amendments are considered, because in this case no committee has a majority of government members but the opposition does. That really opens up an opportunity for Canadians to have their voices heard better than in a majority government, in some cases.”

“Here’s a case where 15 years of public opinion polls in favour of proportional representation, decades of research by the world’s leading academics, and the “common sense” of an MP’s experience line up perfectly.

MP Motz won his “safe seat” with 80% of the vote in his riding. But in a majority government led by another party, his voice would be rendered powerless. MP Motz is correct — all citizens have good reason to be more satisfied when no single party has all the power because it means more Canadians have a real voice in decision-making.”

If the Canadian government is serious about improving voter engagement and satisfaction beyond meaningless tropes, the answer is obvious: The promise Justin Trudeau himself made to the electorate in 2015 to make every vote count.

For progress we can trust on electoral reform, a National Citizens’ Assembly on Electoral Reform is the best place to start. 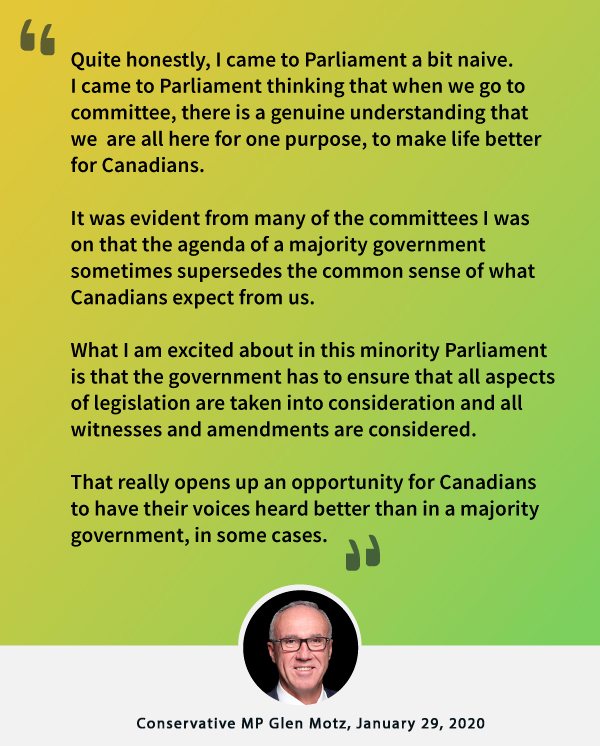